Beware of perversion when it comes with an academic pedigree.

By now, we should be accustomed to seeing intellectual nonsense used to legitimize absurd, harmful, and dangerous social agendas. Over the past century, the gloss of academia has been applied in service of eugenics, communism, critical race theory, and a host of other discredited intellectual movements.

At one time, we might have thought that such ivory tower nonsense was harmless or easily dismissed. But after seeing how that it is used to push public policy, we can no longer dismiss it – even when it comes from “professors” who barely deserve the title.

That’s certainly the case with a new set of academics whose main preoccupation is the normalization of pedophilia. Not content with trying to dismantle all other aspects of sexual morality, these men and women (or non-binary individuals, as some prefer to be called) are attempting to destroy the social prohibition against sex with children. And they have plenty of specious pseudo-intellectual arguments to deploy in favor of their position. 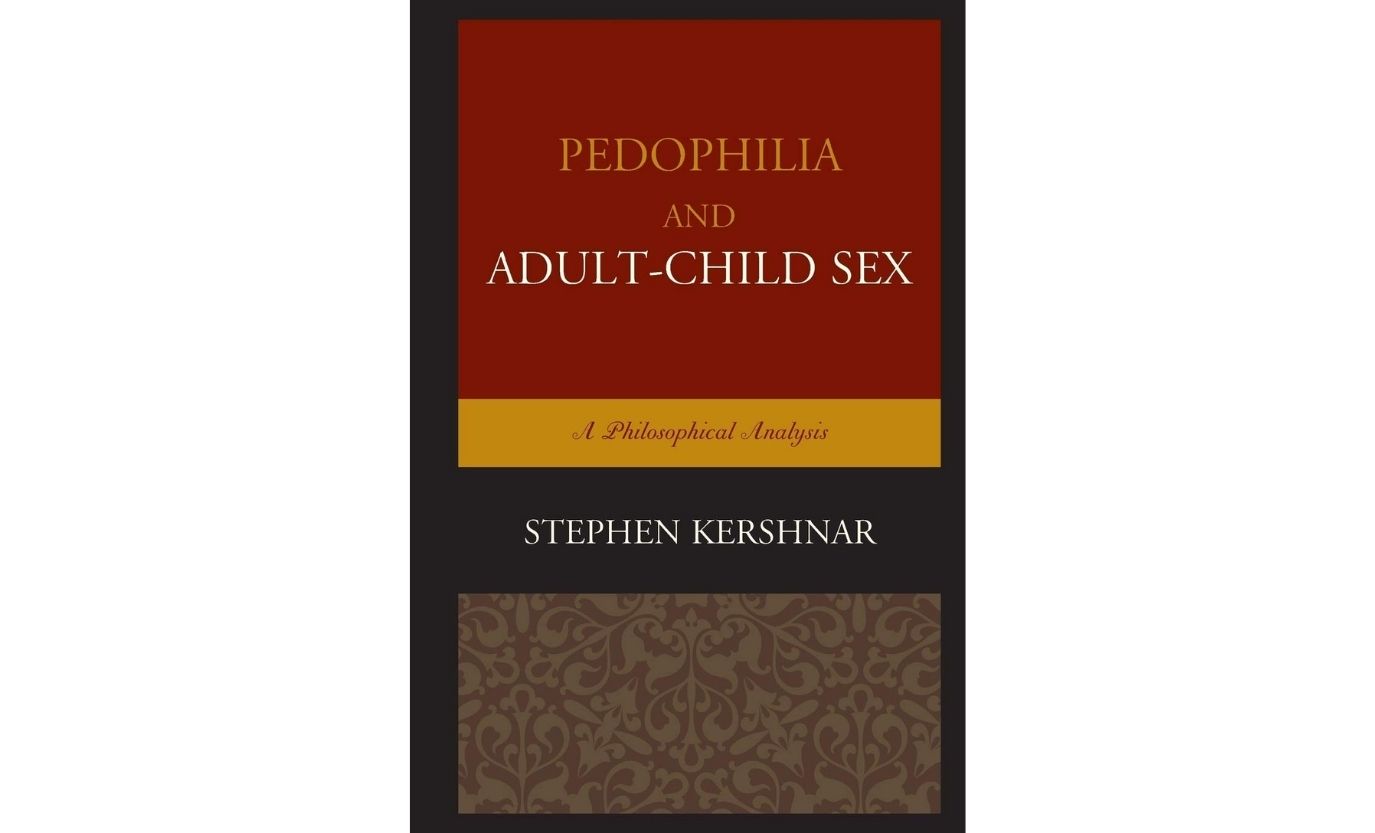 Take Dr. Stephen Kershnar, a philosophy professor at SUNY Fredonia. Kershnar recently went online to defend the idea of sexual relationships between children and adults. “Imagine that an adult male wants to have sex with a 12-year-old girl. Imagine that she’s a willing participant. A very standard, very widely held view is that there’s something deeply wrong about this. It’s wrong independent of it being criminalized,” he said. “It’s not obvious to me that it’s in fact wrong. I think this is a mistake. And I think exploring that why it’s a mistake will tell us not only things about adult/child sex and statutory rape and also fundamental principles of morality.”

Kershnar even went so far as to suggest that there might be “evolutionary advantages” to adult/child sex and said, “The notion that it’s wrong even with a one-year-old is not quite obvious to me.”

Kershnar isn’t alone in his noxious beliefs. Allyn Walker, an Assistant Professor at Old Dominion University advocates for using the term “minor-attracted person” in order to destigmatize pedophilia. Walker’s insistence that sexual attraction to young children should be separated from sexual abuse of young children on the theory that many pedophiles never act on that attraction is a clear offshoot of the “you can’t help who you love” relativism that equates love and sex in order to push a public policy agenda.

Walker wants to skip over the fact that sexual abuse of children won’t occur without pedophilic urges and treat those urges as something that cannot be treated or changed.

Since his opinions on pedophilia went viral, Kershnar (who also authored a paper arguing that slavery is not necessarily a civil rights violation) has been relieved of his on-campus teaching duties while his statements are investigated. However, the university can’t pretend to be surprised by his comments. In 2017, Kershnar wrote a book titled Pedophilia and Adult-Child Sex: A Philosophical Analysis. His bio on the SUNY website mentions his prolific writing on, “abortion, adult-child sex, hell, most valuable player, pornography, punishment, sexual fantasies, slavery, and torture.” 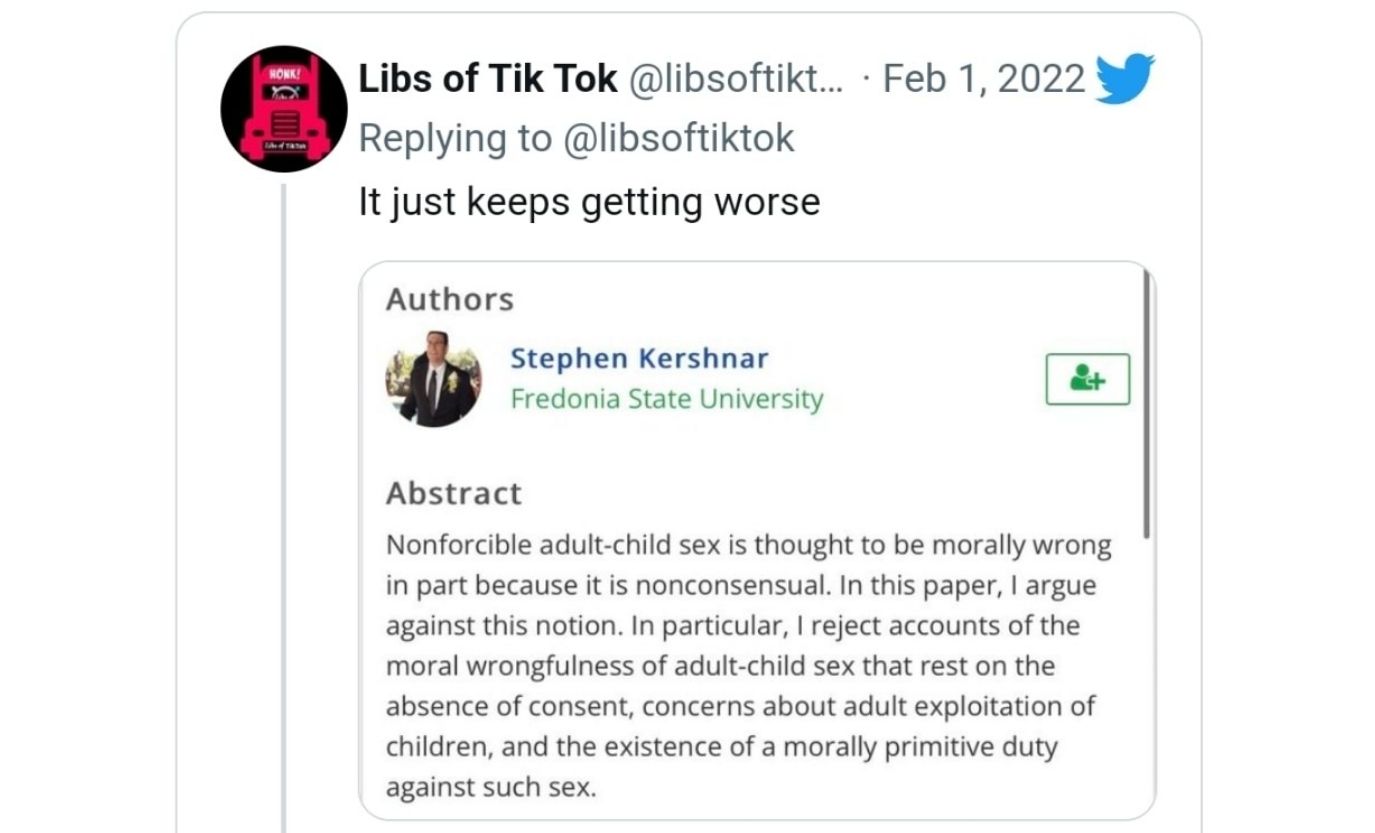 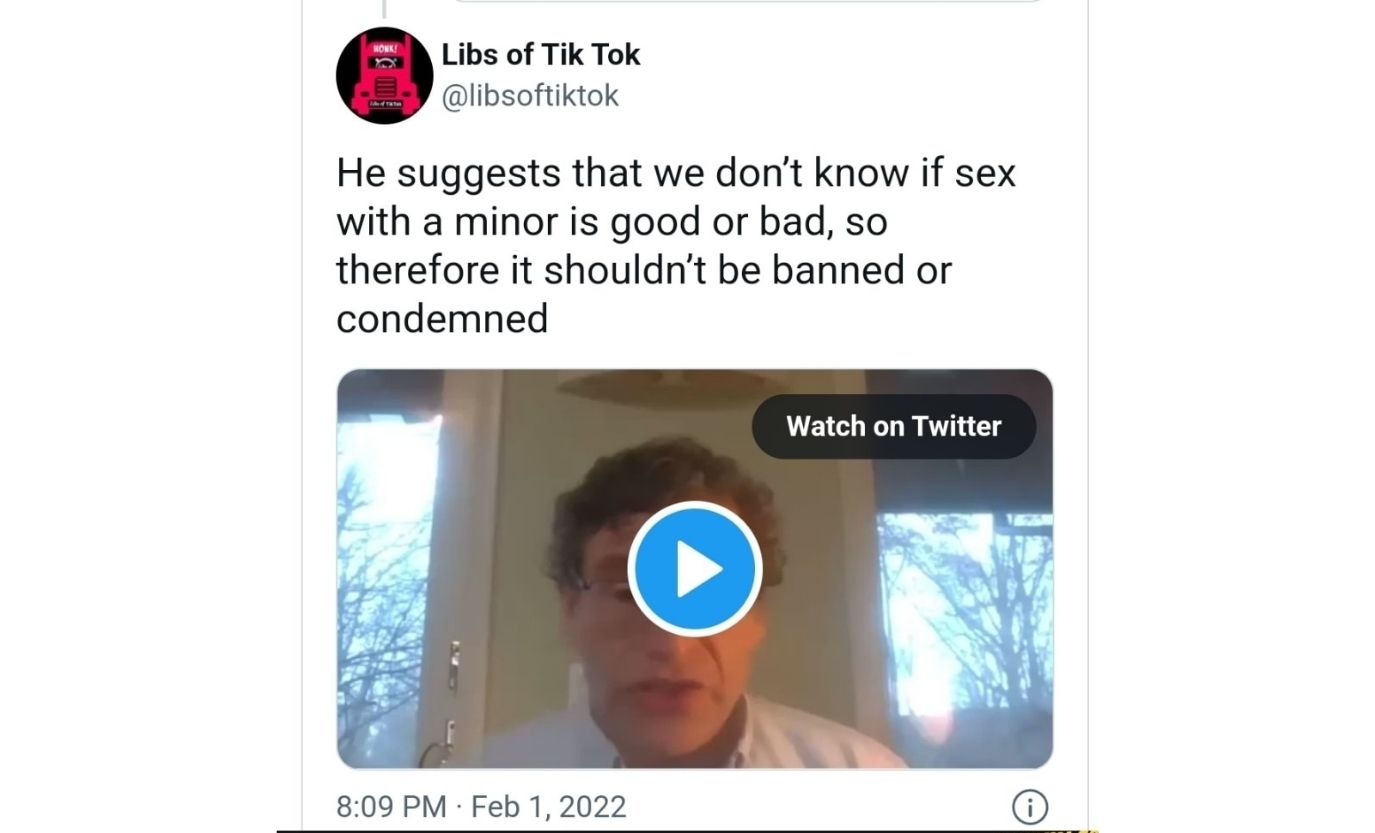 The intellectual effort to normalize pedophilia has been going on for years. Most of the time, we see it in more subtle forms, like media that sexualizes children and events like drag queen story hours, where children are exposed to highly sexualized situations in the effort to desensitize them to it. As a culture, we’re expected to cheer things like a 9-year-old boy in drag, ignoring the fact that there is a clearly sexual component to such a performance. We are supposed to pretend that extremely sexual dance moves and costumes displayed by prepubescent girls are just “artistic” and nothing more.

People like Kershnar and Walker are just taking this trend to the next logical step – the dismantling of the laws and social rules that outlaw and stigmatize pedophilia.

If we want to protect children and uphold our fundamental principles, we must recognize that there is a good reason for the stigma and rules of sexual morality that the Left rails against. Not only is it a protection for the most vulnerable in our society and a bulwark against abuse, but it is also part of a sound and healthy understanding of authentic love and human sexuality.

Kershnar, Walker, and their apologists want to tear down the foundations of society without ever understanding the terrible damage they will cause to generations of young men and women.

I, for one, am not interested in playing semantic games about their intent, their rights, or their careers. Let them reap what they sow. I know an evil idea when I see it. 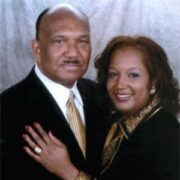