Portland, Oregon, has been in the news for more than a year now, inauspiciously known for non-stop rioting and lawlessness that has gone unchecked.

When I was given the opportunity to explore Portland as part of a larger Oregon trip, I gave it some thought. Previous to George Floyd’s death at the hands of police officers, Portland had been better known for its hipster vibes and quirkiness, not unlike Austin’s reputation in Texas. Under normal circumstances, I would have jumped at the opportunity to check out the city.

But now, not so much. In fact, when the name was mentioned to me, it was couched in a careful question: “Would you like to see Portland while you’re here. I can totally understand if you don’t want to.” No pause between those two sentences. It was a rushed stream with an underlying, unspoken message of “Maybe it would be better if you didn’t.”

So I headed to the rest of the Oregon, flying into Redmond Airport near Bend. From the moment I stepped off the plane, even in Central Oregon, I got an education about Portland. At the rental car desk, when the nice man in his 30’s noticed I was returning my car in Portland, he said, “I highly recommend you let us refill your gas on return. Trust me, you don’t want to stop at a gas station in Portland.”

I agreed, then started my journey in the high desert of Bend and Powell Butte and spent one glorious day horseback riding through sage brush, my horse kicking up dust while I chatted casually with my cowgirl partner, who I would guess was in her late 20’s. She’s grown up in Oregon, and it didn’t take long for her to mention Portland. 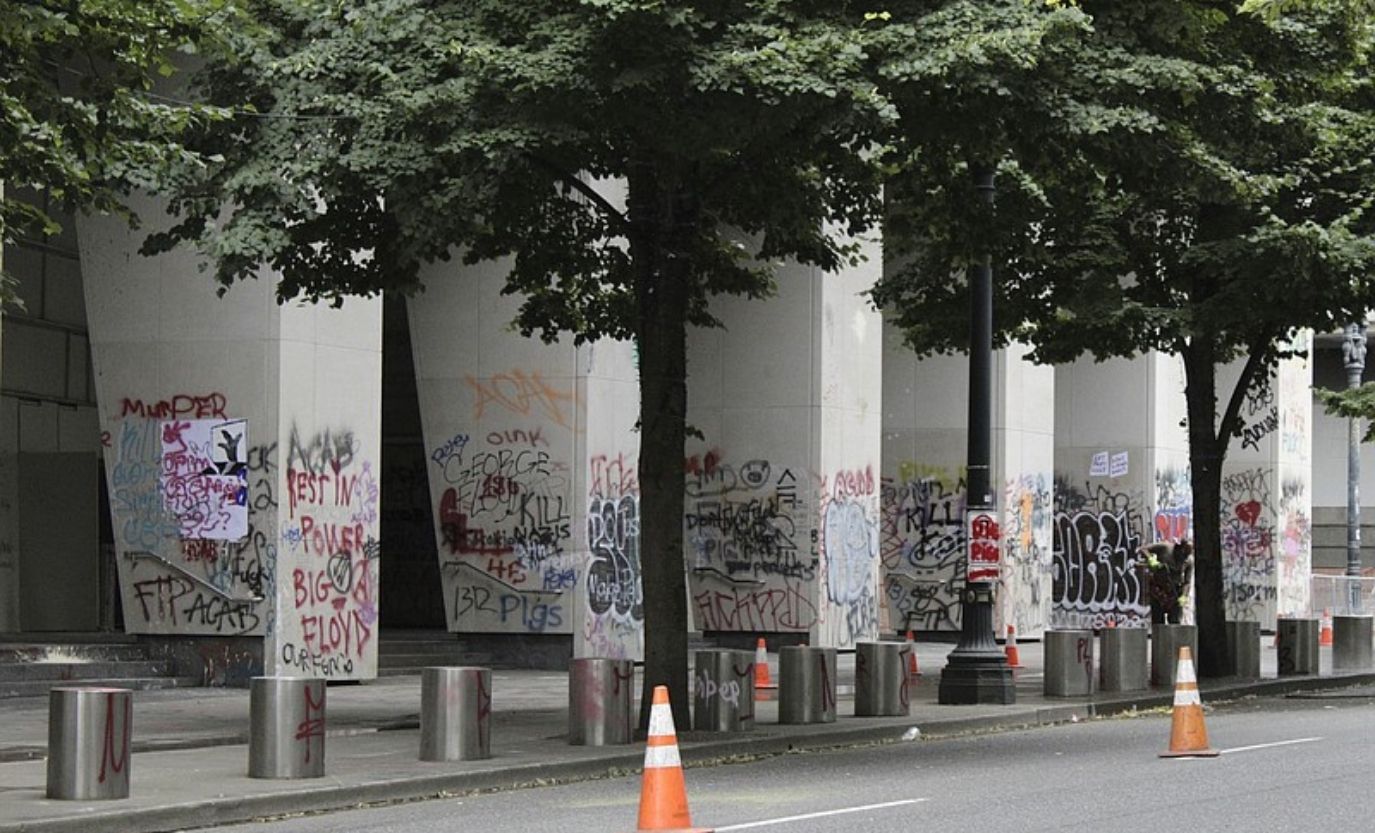 “Yeah,” she said, “It’s not a place I’d recommend going. The rest of Oregon is pretty conservative, and by that I mean that we don’t tell other people how to live. We’re out here working hard and living our lives. Portland has become blue to the extreme. It’s always been known for being weird, but now it’s just rioting against anything you don’t agree with. The rest of us Oregonians just don’t get it.”

These feelings from a Millennial surprised me, but they shouldn’t. Oregon is the only home she’s ever known, and it’s crushing for her to watch its major city come under literal fire at its own citizens’ hands.

Next, I traveled to Eugene, this time spending the day with a brilliant scientist in his 50’s. He has also spent his life in Oregon, earning all three of his degrees there and traveling around the world as a speaker. He asked me about my itinerary and was quick to caution, “I wouldn’t plan on Portland. Your time would be better spent in towns that actually represent who we are and what we have to offer.”

Farther along in my journey, now at the coast, I met up with a tattooed, pierced woman who took me along the coast to study the rock formations. Without going into politics, she made it clear through the description of her life that she is socially liberal, so I was surprised when she broached the subject of Portland. “I grew up in Portland,” she began. “It used to be a really cool city, but now? It’s destroyed itself. I’ll still go occasionally, but it’s not the city it was before, and I’m not sure it ever will be again. Now when I go there, it just makes me sad.” 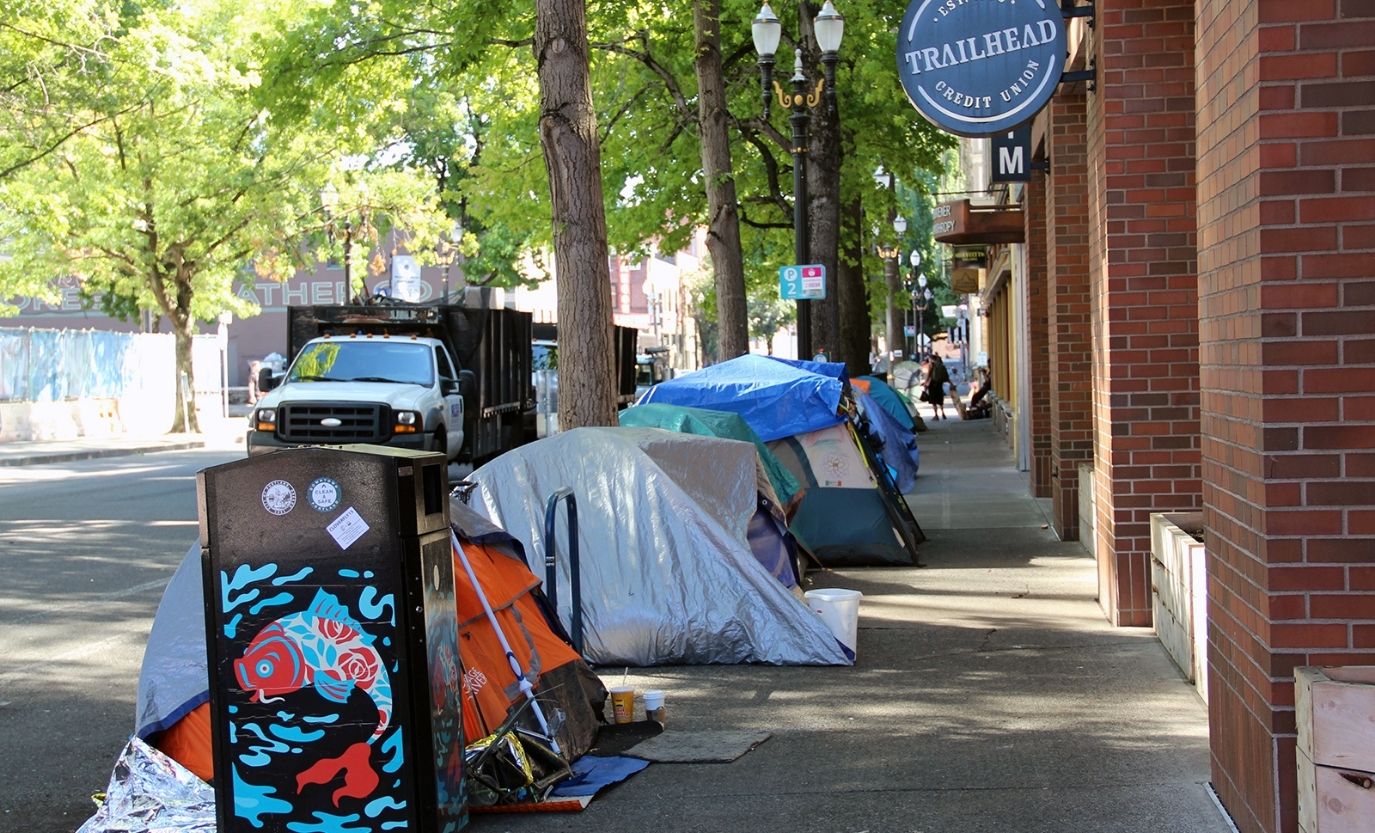 Finally, it was time to go to the airport. I hadn’t spent a minute in Portland, but now I had no choice but to drive through it. At first glance, it reminded me uncannily of Pittsburgh, my hometown, before Pittsburgh was revitalized. The Willamette River runs through Portland just as the three rivers run through Pittsburgh, giving it a distinct look you don’t see in many metropolitan areas.

Unfortunately, that’s where the comparisons stop. By the looks of Portland, no effort has been made to revitalize anything. It’s a city trapped in the soot and grime of the 70’s. And it’s a city that has been let go, left to crumble. Walls, bridges, buildings are covered in graffiti. The homeless population is astounding, with sprawling tent cities surrounded by garbage and filth in various spots around the city. I didn’t see any rioting devastation, but what I did see was neglect, pure and simple. I shook my head and said out loud, “Shame on this mayor and shame on this governor. The mayor, in particular, has one job: to take care of this city, and he has done nothing to save it.”

I could see why Oregonians are upset and why no one wanted me to go there. It’s depressing to witness the potential in a city and to know that instead, the local government has chosen to let law-breakers run roughshod, destroying it. Mayor Ted Wheeler doesn’t care about his city, and he doesn’t care about the people of Oregon, which is a shame because the good people of Oregon deserve better.

We all Face Challenges