Grocery store shelves are not like they used to be. Before the pandemic there was plenty of whatever we typically wanted. It’s not like that today.

Car dealerships have changed. Before the pandemic most dealers had plenty of new and used cars to sell. We were accustomed to browsing several lots as we shopped and compared models and prices. It’s not like that today.

When you needed your car fixed, parts were readily available or just an overnight order away. Today, you might wait three or four months for a part.

I recently looked into adding an additional heating unit to my house and was told, “Order it now and you might have it by summer.”

A friend of mine ordered a small boat last August with the hopes he will have it by May or June this year, maybe.

The pandemic has changed our lives in more ways than sickness and death. The new normal is having to wait longer on what used to be so available.

If you think America’s products, food and merchandise are difficult to get now, then can you imagine if our American truckers all went on strike?

Canadian truckers have recently blocked the flow of goods into the United States. The protest follows rallies over opposition to COVID-19 mandates in cities across Canada. In a show of solidarity with a demonstration in Ottawa that has gone on for more than a week by the so-called Freedom Truck Convoy. The protests have paralyzed the Canadian capital’s business district and led the mayor to call for 2,000 extra police officers to quell the nightly demonstrations. 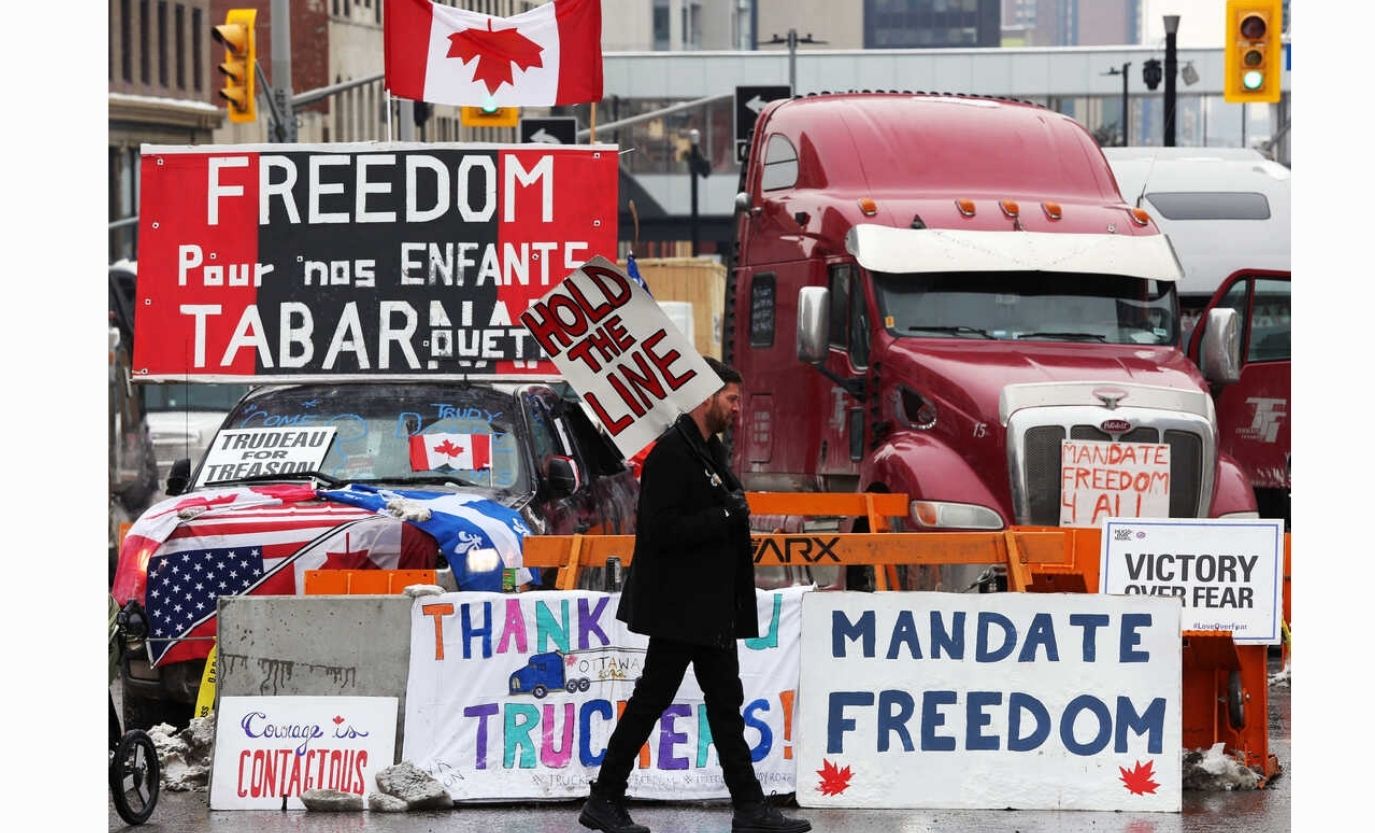 Several people involved in the protest Tuesday in Canada said the demonstrations had expanded from its original purpose, opposing mandates for cross-border truck drivers, and were there in opposition to all vaccine mandates, in addition to supporting truck drivers, the Windsor Star reported.

“Any delay or disruption in the supply chain creates problems, not just for agriculture but the state economy,” said Chuck Lippstreu, president of the Michigan Agri-Business Association, which represents businesses that support farmers, early in the closure.

The Canadian Vehicle Manufacturers’ Association, which represents the Detroit Three automakers, called for an end to the protest, citing its effect on the country’s economy. (NNY.360.com)

If the American truckers stopped driving today, the grocery stores would dry up and the movement of most everything you would want, or need would not be available.

Truckers work hard. They have long hours. They sacrifice a lot by being gone so many hours, days and weeks. They deserve whatever they are paid and I’m sure in many cases are deserving of more. However, to our truckers, I have this request, please help us keep this country moving. We have enough problems in this country. A shut-down of any kind by America’s truckers would create severe hardship on the people everywhere in America.

We respect you. We appreciate you. We need you to keep this country moving. Furthermore, God bless you for what you do.

Enjoy the book titled, Grandpa’s Store, a reflection of my childhood by Glenn Mollette. Available from Amazon.com or wherever books are sold. The book is told from the perspective of a child and young teen from an era of simpler American small community life of the late fifties and early seventies

Don’t Wait for Valentine’s Day to Share Your Love