I spoke with Michael Ray Garvin, creator of Playmakers in the Faith, a new television series he hopes to launch with the help of the Christian community. He told me how he conceived of the idea and how he plans to make it a reality. Below is our conversation about his vision.

Q. Tell me about your Christian sports TV series? How is it different from sports coverage elsewhere?

A. Imagine a TV Series that glorifies Jesus, with sports, and has intense combat action between the angels and demons. We will show the spiritual warfare through sports. For example, scoring a touchdown in the faith is leading someone to repentance and faith in Jesus. Our time spent studying the Word of God, prayer, fasting, worship, and serving in ministry affects the Spiritual Realm. Our faith and works help us to make Plays InThe Faith. Especially, during this time in the world, we as Christians need to step up in our prayer, Word study, and ministry and be a Playmaker In The Faith!

This television series is different from other sports shows because the sports are played in the spiritual realm. In this realm, players can receive help from angels or demons. Team Light represents the Kingdom of Heaven, or the Christians, and Team Dark represents the Kingdom of Darkness. The primary focus of this television series is to spread the gospel of Jesus Christ worldwide. In each episode we will try to show three main points which are repentance, faith and obedience. We will strongly show that obedience is connected to our love for God.

This show can attract the attention of a worldwide audience because we will use a variety of sports as bait (fishers of men) to draw the attention. Sports is universal. When the Olympics or other championships are showing, people from all over the world tune in. We plan to have cricket in our show, which is the second largest sport in the world. Cricket is a popular sport in India and this can help draw the attention of people who are Hindu. 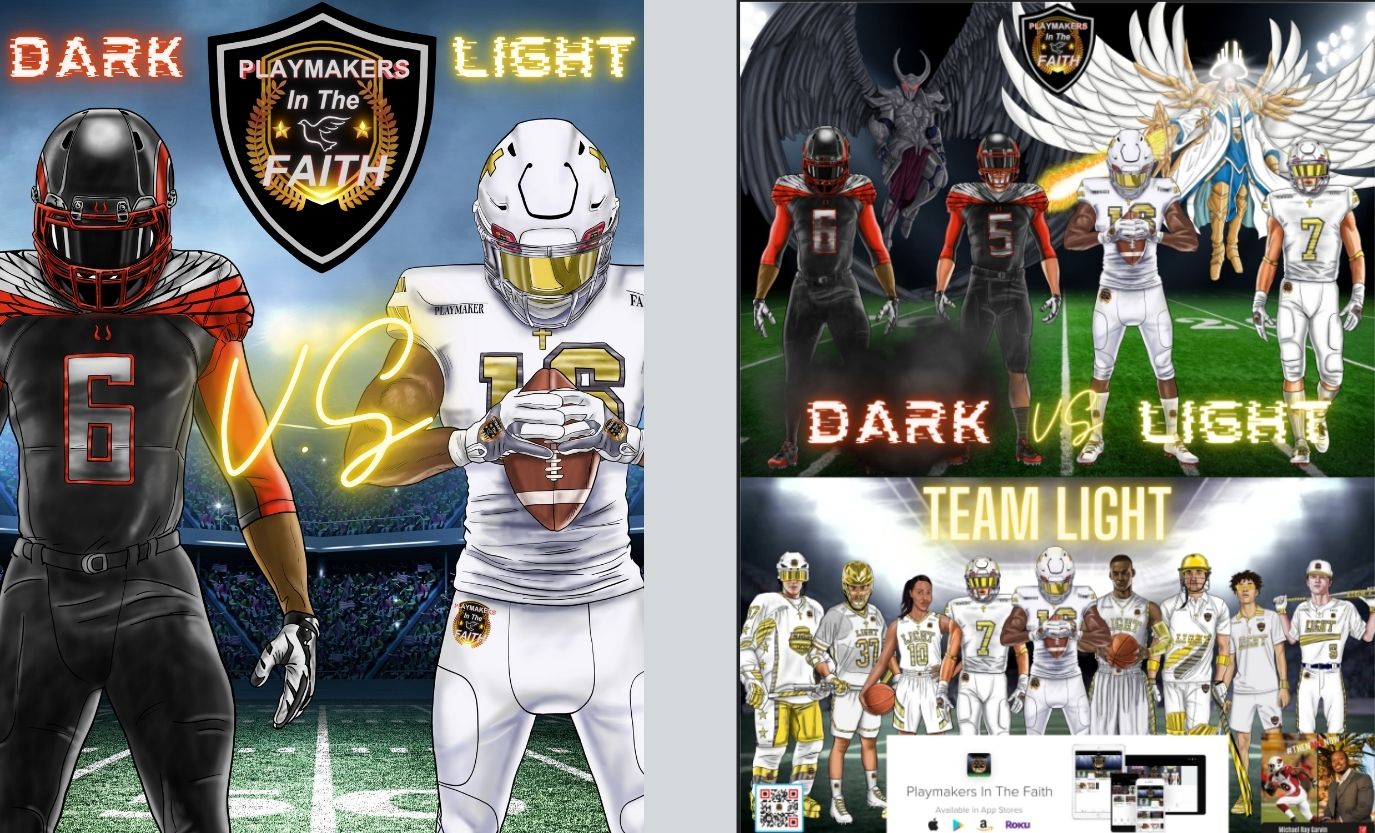 Q. Why is this show important?

A. Playmakers In The Faith is necessary because in this generation, many young kids and young adults are being discipled by their phones. This is the age of screen disciples and the “typical” 15- to 23-year-old spends about 2,767 hours per year on their phones. The cell phone is more influential than a pastor, coach, teacher, or parent. A great way to reach this generation is through their phones. There is also a huge gap in Christian Television where there are plenty of shows for children and adults but almost no Christian shows for teens and young adults. Our show is for ages 14 and up to help bridge the gap. When I go into the public schools trying to encourage teens to join the Fellowship of Christian Athletes huddles, many of them are glued to their phones either playing video games or watching anime cartoons. Many go unreached because they have no interest. We just have to change the bait up and can now hopefully offer them a TV show that will present the gospel to them.

Q. Tell me how you came to this idea.

A. In November of 2019, I was in a 10-day prayer in fasting while I was on staff with the Fellowship of Christian Athletes. On the 3rd day of the fast, the Lord led me to start this ministry by putting my write–ups into small handbooks for youth. In the next month, there were three suicides in the schools that we covered in the Cy Fair area, one in Cy Woods, one in Cy Lakes, and one in Waller High School. It left a scar inside of me and I went to the Lord and asked in fervent prayer, “What else can we do? There has to be more!” In January of 2020 the Lord gave me the vision to develop this television series. 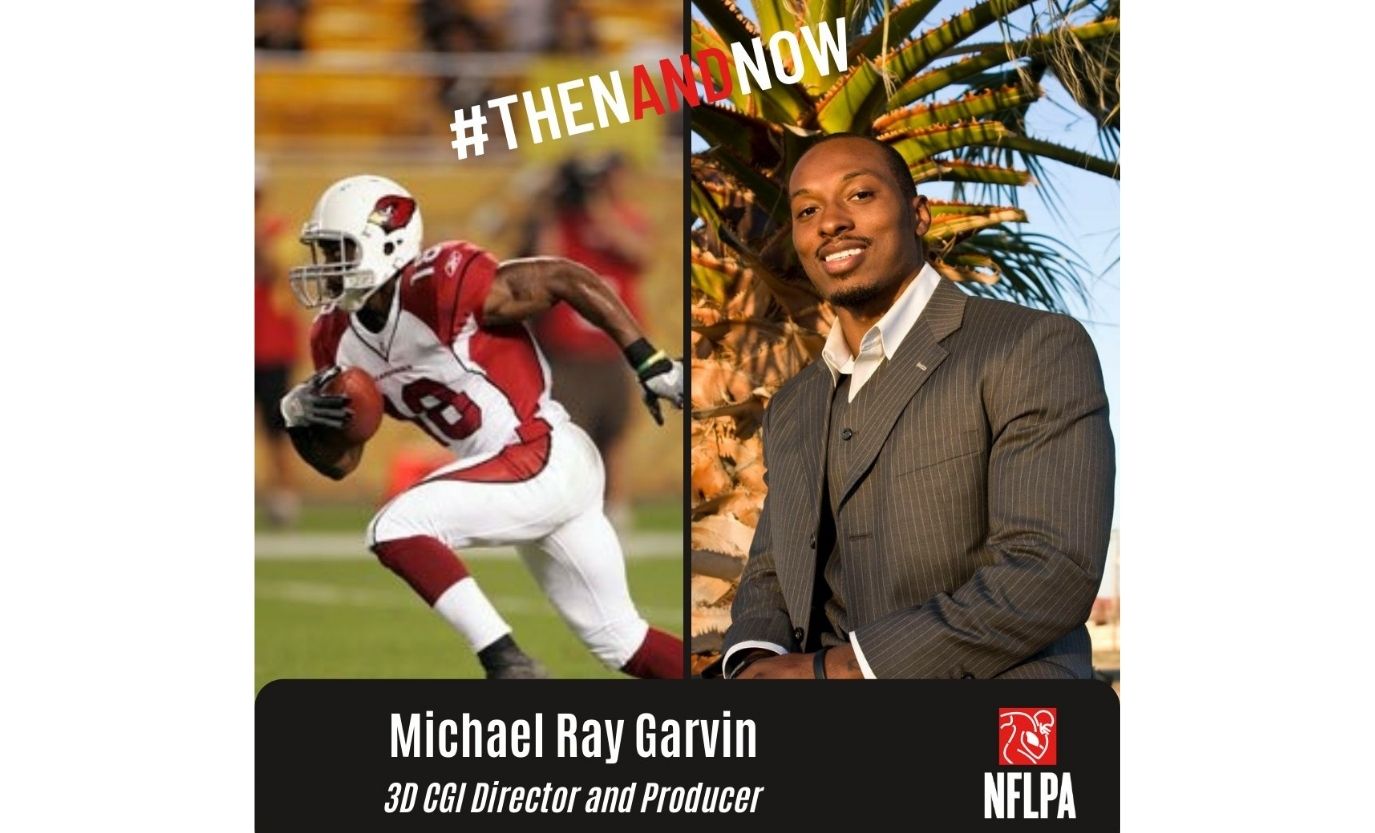 Q. What is your background in sports? Did your own personal experiences help you to come up with this idea?

A. I am a former NFL player and was briefly with the Arizona Cardinals and Detroit Lions. I got injured my first Pre-Season game with a torn lateral meniscus at a new position (WR). I played defensive back and was an All-American kick returner in college at Florida State University. My goal was to play 5-10 years in the National Football League, but God had different plans for me. I remember praying and asking the Lord if I can have one full season in the NFL and after asking Him, I clearly heard, “NO.” I immediately started crying because football was my life. All I knew was football and track. When God told me No, it broke me. I still tried on my own efforts, but it wasn’t God’s will for my life. It made no sense to me why God would give me talent to play but I couldn’t use it. It wasn’t until 2014 when I finally retired from sports and decided to fully submit to God, 10 years ago, that I could see that God was going to use me to develop the 1st ever Christian Sports TV series.

Q. How can others help your plan to take flight?

A. As of right now we have a free mobile app that is available to download that has some trailers we produced to give people a visual. We are raising funds to produce a higher quality trailer (cost $250,000) and use it to raise funds for the first episode. We desire to get Playstation 5 quality in the 3D-CGI animation. A massive idea like this from the Lord needs to have the best quality. Most Christian shows or films are rejected because of poor quality. We want to serve God in excellence to help lead billions worldwide to Jesus.

We plan to have an 8-episode season and each episode we estimate will cost around $2.5 million. After the 3rd to 4th episode, we will plan to start developing a video game. In this video game a player will need their Bible in order to be successful in it.

Pro-life Contest for Teens Could Win You Trip to Washington, DC