With the first sightings of iconic, endangered whooping cranes along the Texas coast being reported, the Texas Parks and Wildlife Department (TPWD) is reminding Texans to be on the lookout for these impressive birds as they move through the state.

Whooping cranes are the tallest, rarest birds in North America. Currently, there is a population of around 506 individuals. Thanks to coordinated conservation efforts, whooping cranes are slowly returning from the brink of extinction.

Whooping cranes make a 2,500-mile journey from their Canadian breeding grounds in northern Alberta’s Wood Buffalo National Park to the coastal marshes of Texas each year. The migration south to Texas can take up to 50 days. 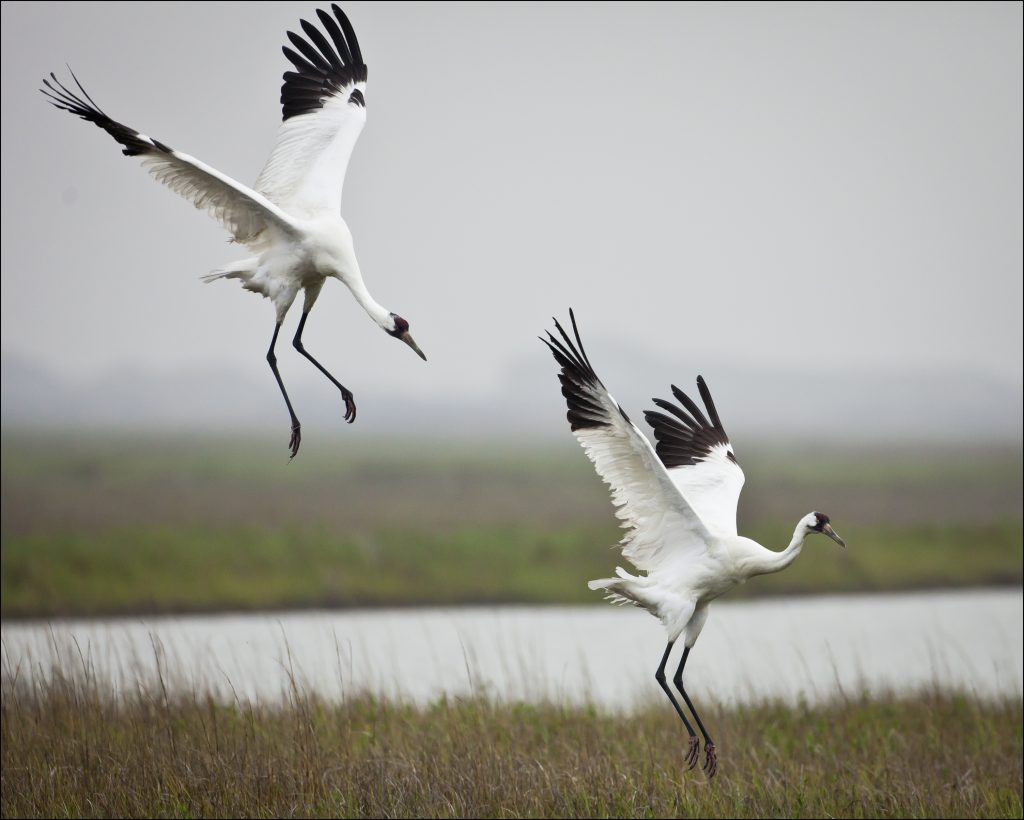 During their migration, whooping cranes seek out wetlands and agricultural fields where they can roost and feed. The birds often pass large urban centers like Dallas-Fort Worth, Waco and Austin. Though whooping cranes rarely stay in one place for more than a day during migration, it is important that they not be disturbed or harassed at these stopovers. As a federally protected species, it is illegal to disturb or harass these birds.

With sandhill crane and waterfowl hunting seasons opening and whooper migration in full swing, TPWD urges hunters to be extra vigilant. Whooping cranes are sometimes found in mixed flocks with sandhill cranes, which are gray and slightly smaller. With their all-white body plumage and black wingtips, whooping cranes may also resemble snow geese, which are much smaller and have faster wing beats. A video detailing the differences between snow geese and whooping cranes can be found on the TPWD YouTube Channel.
There are several other non-game species that are similar in appearance such as wood storks, American white pelicans, great egrets and others, but a close look will reveal obvious differences. More information on look-alike species is available online.

Wade Harrell, the U.S. Fish and Wildlife Service (USFWS) Whooping Crane Coordinator at the Aransas National Wildlife Refuge (NWR), says the first of the season was a family group consisting of two adults and a juvenile on the Aransas NWR, along with another tracked bird that arrived in the Port O’ Connor-area, both on Oct. 29.
Harrell says typically most all of the tagged Whooping Cranes he studies are on the move in November as they head for their wintering grounds. The majority of the birds arrive on the Texas Coast in December. 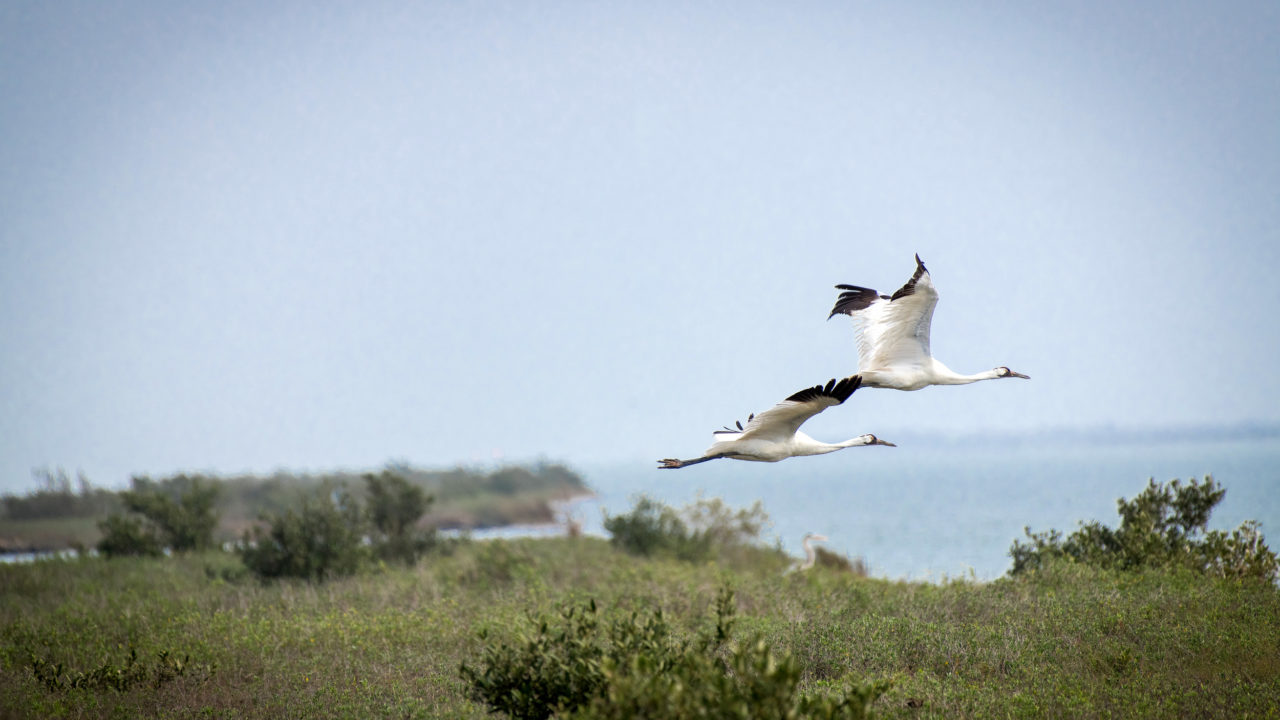 Once whooping cranes arrive on their wintering grounds, many stay in the same general area. Younger birds, however, often haven’t paired yet and may wander a little off their usual flight path, using areas quite distant from the Aransas NWR area.
Harrell says due to the La Niña weather pattern forecast for this winter; the Southwest is in for a drier, warmer season. While this past summer was relatively wet and freshwater wetlands currently have water, a dry winter may require the use of freshwater wells on the Aransas NWR and surrounding areas to provide freshwater to the whooping cranes later in the winter. The USFWS is encouraging landowners to consider providing freshwater on their properties as well to aid the birds during their migration and wintering period.

The public can help track whooping cranes by reporting sightings to TPWD’s Whooper Watch, a citizen-science based reporting system to track whooping crane migration and wintering locations throughout Texas. More information about Whooper Watch, including instructions for reporting sightings, can be found online and by downloading the iNaturalist mobile app. These observations help biologists identify new migration and wintering locations and their associated habitats.

Biologists remain optimistic that continued research and restoration work will ultimately lead to improved numbers of whooping cranes and say that new pending federal legislation, the Recovering America’s Wildlife Act (RAWA), could help in a big way. RAWA would provide the funding needed to continue the important conservation work that is vital for whooping cranes and other species throughout Texas. Learn how to help through the Texas Wildlife Alliance’s online toolkit. Texas Wildlife Alliance is a grass roots coalition formed to support RAWA.

Keep Your Houseplants Alive This Winter

The Bible Seminary Participating in GivingTuesday 2021