Lead Photo: School Board Candidates and Supporters campaigning before the Cy-Fair ISD Election on November 2nd

After facing heat from parents, the school board of Texas’ 3rd largest school district announced the suspension of the Anti-Defamation League’s radical progressive education program, “No Place for Hate.” Recover America, a Christian nonprofit, sounded the alarm on the ADL’s progressive agenda in July, and since then, parents have responded in unison and bombarded the school board of the Cypress-Fairbanks Independent School District until action was finally taken to suspend the program.

This move comes just days before the long-anticipated school board elections on November 2 in the city of Houston, the country’s 4th largest city, and home to the largest school districts in Texas.

Many consider the “No Place for Hate” program a Trojan horse for Critical Race Theory and Transgender ideology.  The Cy-Fair school board unanimously passed a resolution last year to implement the controversial program at every campus in the district in response to the George Floyd protests.

But once parents caught wind of the radical teaching material of the ADL, the school board decided to suspend the program.

The ADL educates elementary teachers to refer to students in “gender neutral language” in order for students even as young as 5 and 6 years old to choose their gender. Below is a quote from the ADL website:

“Beginning with the youngest students and continuing through high school, one of the best ways to create safe and welcoming classrooms is to diminish the focus on the gender binary and instead, create ‘gender inclusive schools and classrooms’… Gender variance is a normal part of human expression; while many children fit easily and naturally into our culture’s binary gender options, others do not.”

Below is a screenshot from the ADL’s website, instructing teachers to refer to children in “gender-neutral language”. 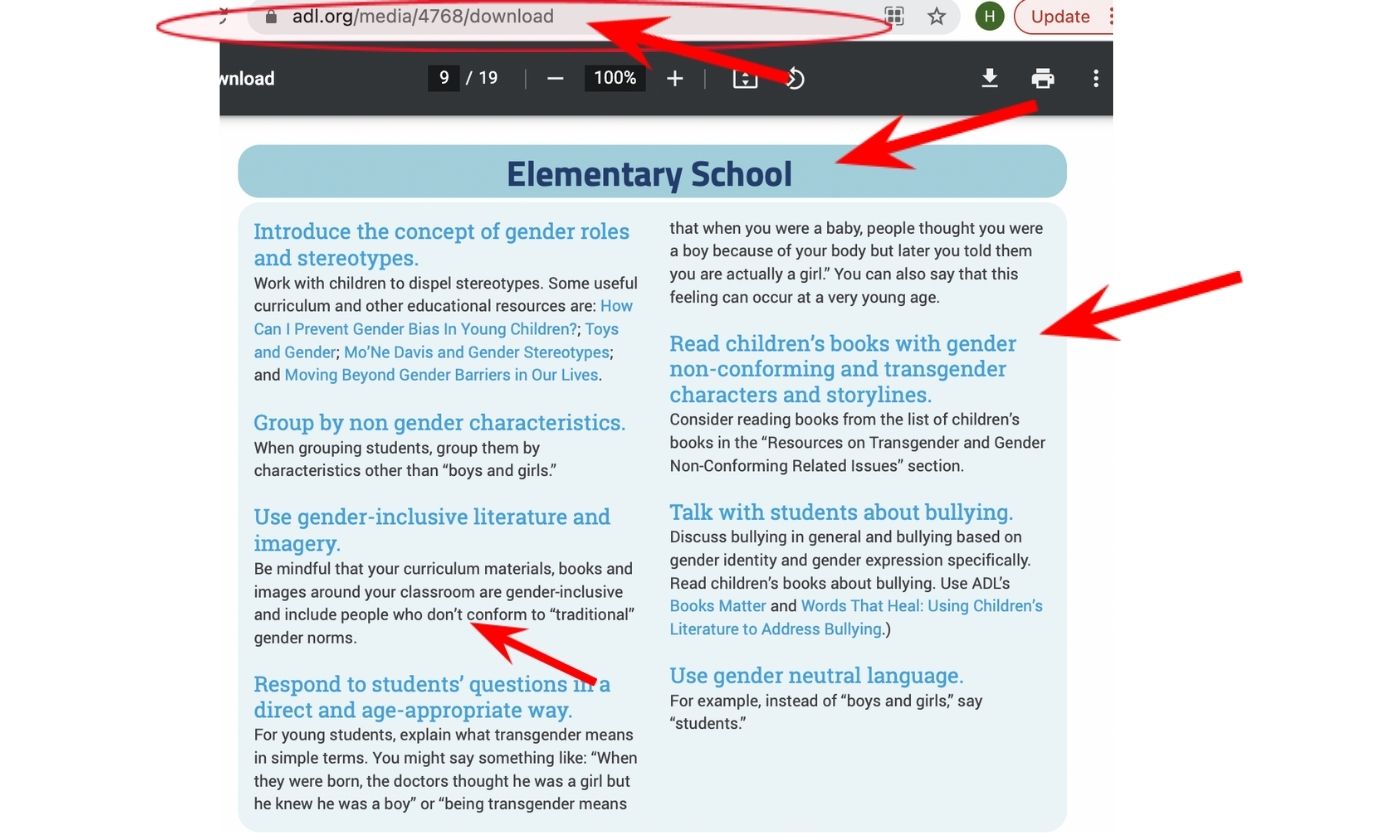 In addition, the ADL encourages students to watch transgender documentaries to normalize being a transgender person, possibly without parental approval. The list goes on.

Here’s a screenshot from ADL’s website, instructing teachers to refer to students in “gender neutral language” and encouraging them to invite a transgender or nonbinary person into the classroom. 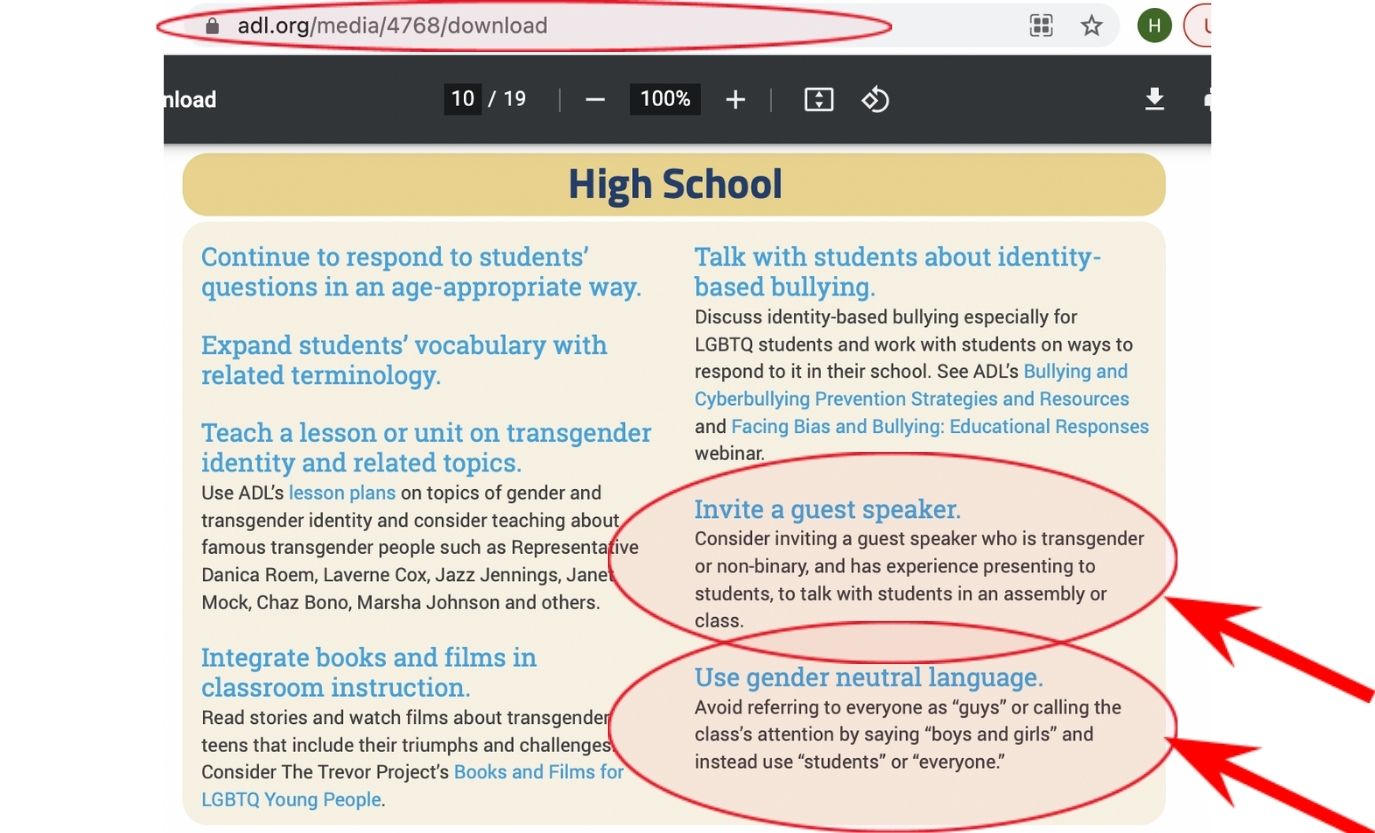 The suspension of the ADL’s program is a huge win for parents in Houston and the ~120,000 students in the Cypress-Fairbanks school system.

“We as parents, are attending school board meetings, we are voting in school board elections, and we are talking to our pastors, friends and neighbors about doing the same,” said April Peart, a concerned Christian parent in the Cy-Fair school district in response to the suspension of this program. “Our voices are being heard! We are more powerful than we even know!”

But this is just the start.

Parents around the country must demand greater action from the school boards that are elected by the people. Our children are the future of this country. If the schools aren’t restored, the future of our country won’t be either.

Thankfully, this is a story of redemption and can be replicated in every school district. We’re calling on all Christians to stand up and vote Biblical values in the next election, November 2nd.

Our nation depends on it. 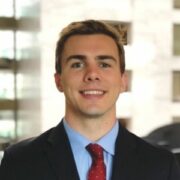 Hunter Kelly is the Vice President of Recover America, a nonprofit organization dedicated to mobilizing pastors across the country to encourage Christians to engage their civic duties. You can learn more at RecoverAmerica.com