Over half a million Americans perished in mere months. This is a massacre. This is a whittling down of the so-called weakest and least fit. It is a Darwinist attack designed by global leftism to crush the Caucasian spirit and confuse Caucasian society into hunkering down and retreating from the world. The basic estimates have all been wrong about the potential fatal impacts of the coronaviruses; all Westerners and their world leaders had believed these viral outbreaks to be mild and essentially solvable.

But, people nearest and dearest began dying in a 360° circle, like planes falling out of the sky. Who are the most loved of your kin and family? Only the strongest and fittest? Of course not. Your grandpa, your mom, your teacher at school, or cantor at synagogue did not need to look like Schwarzenegger or Carly Rae to be deemed lovable and wanted. Your family is nestled in every nodule of your heart, and they absolutely do not need to first be stars on a middle school soccer team, welders at a very macho fabrication plant, or women’s champion swimmers with Olympic medals to their names.

The pain of loss is further compounded by the fact the Beijing government is unrepentant and belligerent even in these hard times. Beijing has asked for Western nations to die; Xi Jinping nearly yelled his words at Tiananmen some weeks ago, and his linguistic structure was crafted to ensure the world understood he wasn’t joking. These Communist Chinese are destroying the image, reputation, and future of the Chinese race, because unrepentant communists have only caused the Western world to begin to perceive Chinese people as a probably gleeful bunch of sinister devils that celebrate the sufferings of the West.

The civilian task of Chinese people all over the world is to help in whatever way possible to overthrow the Communist Party, and start processes for free elections in China. The duty resides especially with Chinese people who are well-placed enough to stave off immediate death by persecution. If you are able, start resisting the evil, diabolical, atheistically immoral Communist Party, and resist with all your strength. Help to pave a sure way to the eventual dethronement of the Communist Party, and the rapid formation of rightist-conservative political parties for large-scale elections, and the restoration of old China. 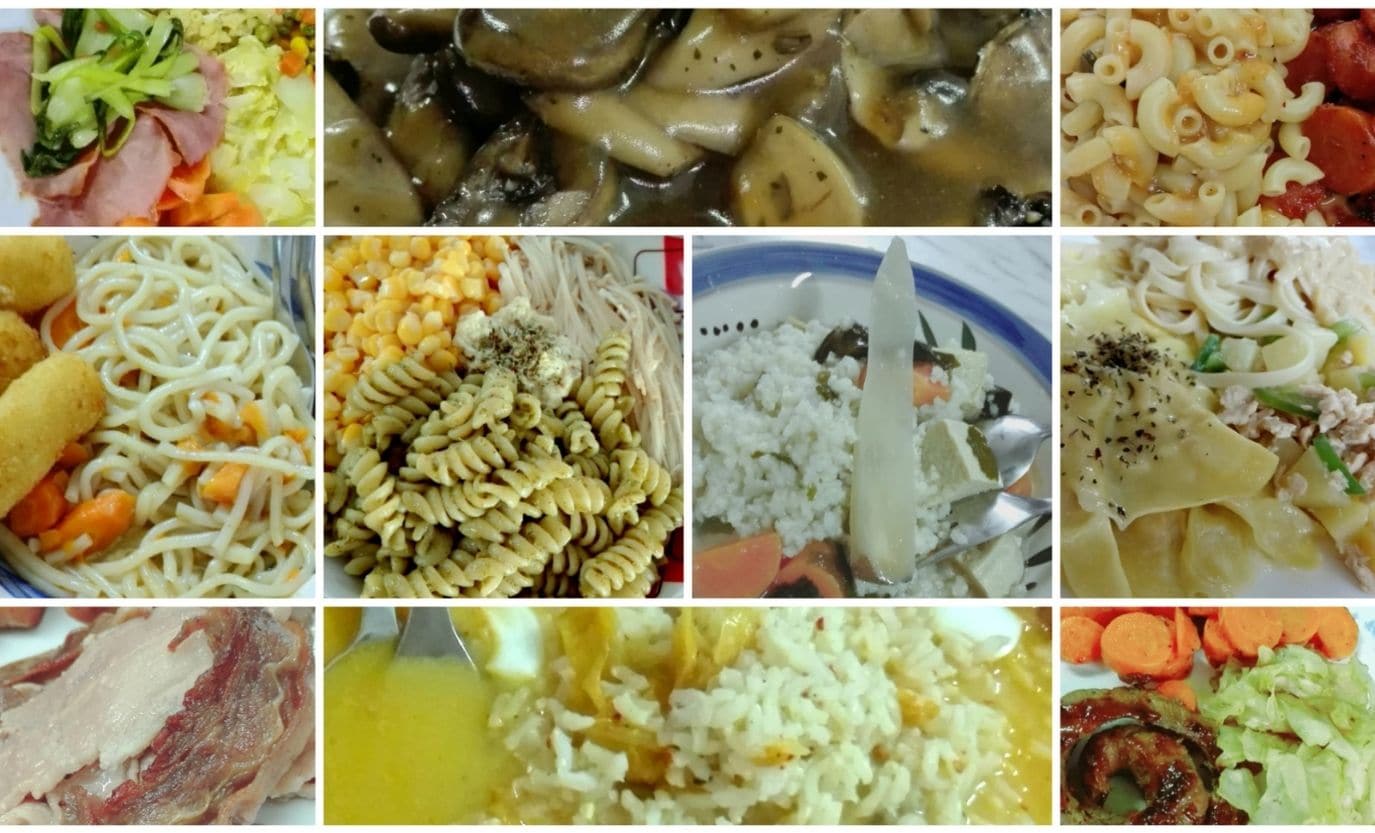 Food To Alleviate The Soul And Keep Strength Up

You will want to begin by stuffing yourself full of veggies and lean meat. A clever way to absorb all of the qualities of onion is by enhancing its taste through stir frying for seven minutes until golden brown (but not burnt). If you reduce the minutes, and beat two eggs into the stir-frying process, you will get a yellow mash similar to mashed potatoes in flavor, texture, and consistency. Be sure to sprinkle with sea salt while you stir.

You will notice that there is choy-sum to be had, particularly for lunchtimes. This is the Hongkonger Cantonese transcription of the Chinese phrase for a leafy green known as ‘caixin’, and most Asiatic leafy greens such as the dozens of Korean and Chinese varieties are great for adding nourishment to your senses, and imparting a healthful vibe to the next leg of your day. You can see how South Koreans and Chinese people use food to put up with the nonstop nonsense of the communist governments that threaten or reign over them.

Speaking of Asiatic, there are mushrooms you can deploy in your stir-frying, to achieve a meaty flavor to your nighttime chew. Enoki is a common name for a long, thin mushroom that grows in bunches, and it resembles a silver needle or golden needle, with a knob at its head that’s very cute and small. All Asiatic mushrooms taste meatlike once you stir fry deliberately, with sesame oils, a spot of butter, and a sparingly dashed-on sprinkle of salt. Remember to engage butter in your cooking, not margarine. Veggie ‘butters’ are not absolutely better for you, because the human body tends to understand and process milk butter more readily. If butter is used judiciously, in moderation, it is still better for you. Tradition wins.

If you have leftover gravy from meatloaf dinner, beef meals, or a steak patio event two evenings ago, the refrigerated gravy is still good for use in the stir-frying of mushrooms in a saucepan. Remember how Jesus of Nazareth told his disciples to save all leftovers, ‘so that none should go to waste’? His was a very culturally Jewish attitude, one that does not waste food and foodstuff. Many Jewish mothers keep crowded refrigerators, indeed containers and mini boxes of things that have not been finished, and could therefore be used again in later dishes. As long as spoilage has not taken place, cherish all edible things and retain them for quick deployment on busy days. 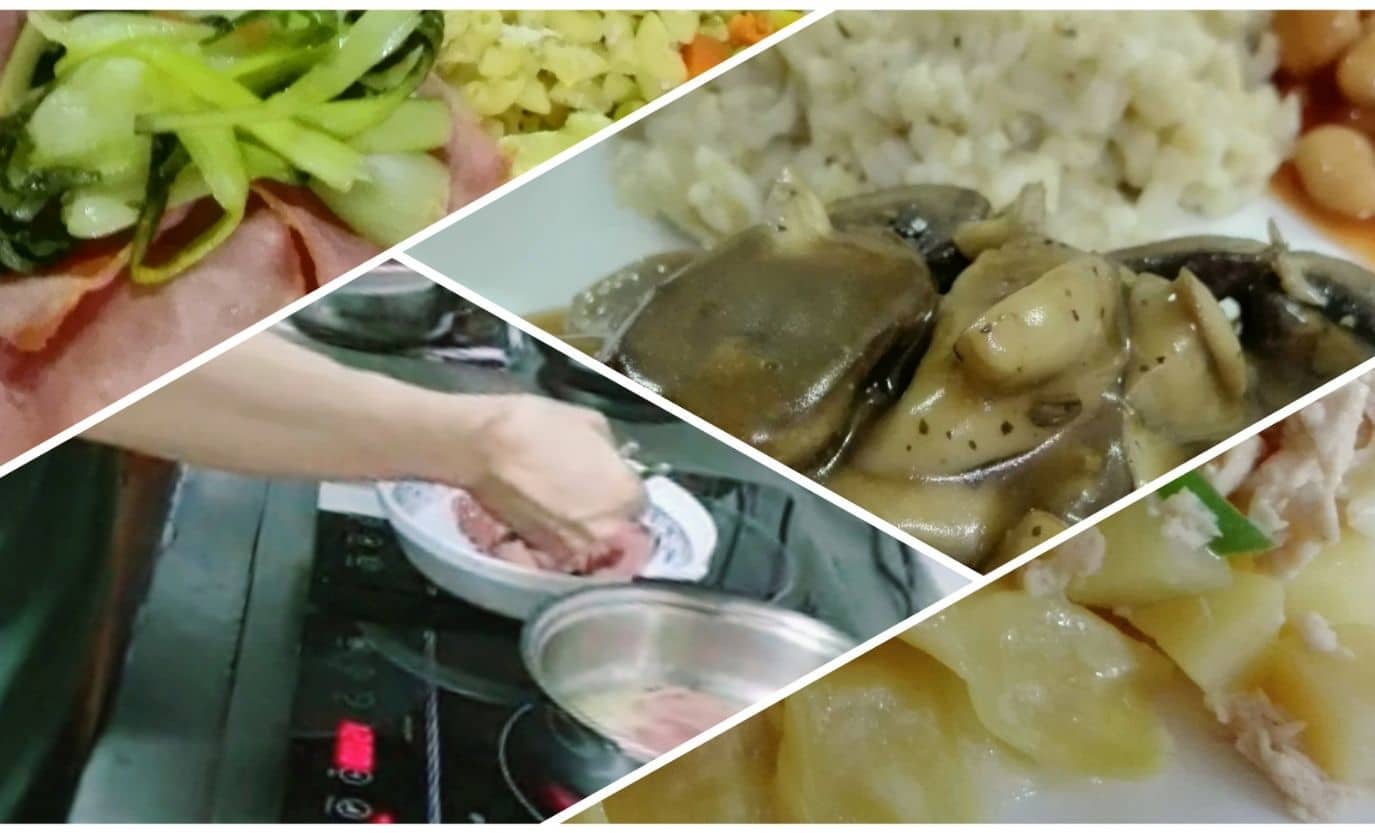 To cut back on soot buildup in the kitchen, and to help eliminate all possibility of gas leaks and potential explosion, I have found myself making food happen on an electric stove instead. It is a bit comical, the way things are in my regimen, a symphonic rush accentuated by beeps, button presses, and glows of red light.

Carbohydrates And Naughty Food Help Too

At times, treat yourself to fish fingers, diced sausages, and bacon (or beef bacon) sizzled at home in hot olive oil. These foods are definitely naughty in that they require you to find ways later to deplete the calorie gain, but you should not think to abstain from them all the time. A tough worker, who gets plenty of exercise that way, deserves hearty eats like that. Fish fingers should by right be fashioned already from the finest fish of the Pacific kind, and the sausages will need to be from trustworthy sources or good manufacturers. When you select your raw meats to take home, you can choose the less fatty and therefore less greasy of cuts to buy.

The complaint of healthy food is that it provides very little energy. The way thus to get energy and have it burn off fast so that it does not stay or culminate as a health problem, is to use the Asiatic types of eastern rice, especially those quarter-inch grains, or roundish grains, that are all pearly white in appearance. Simmer these grains in a small pool of bubblingly hot water, and cook with a teaspoon of sunflower oil. Throw Korean or Chinese herbs in at the beginning, if you like a savory and bitter dimension to your porridge. Seaweed, chopped carrots, and tofu (any sort) can enter the porridge midway through the cooking process.

Those rice grains are often crushed and spun into noodles, and these noodles are sold dry in packets. Rice noodles cook like spaghetti and are a fun carbohydrate to eat because they always end up springier than mere pasta could ever be. It will provide largely guilt-free energy that’s fit for maxing out on the field or working late nights for Monday submissions. (Remember: do not do acrobatically active workouts on an overly full stomach.)

Stir-frying bell peppers with minced chicken is always a fantastic idea; you can toss in pre-simmered potato cubes and stir the whole prep together, keeping in mind to have the potatoes maintain their crunch. Use sesame oils and a pinch of salt, from the outset; you will want the mince to soak up all that savory liquid. Mince is fabulous for creating your very own fan dumplings (like a Korean or Chinese paper-fan). The flat dough for use as a dumpling skin can be made at home or procured at three or four dozen mini-sheets in a packet at Asian food aisles in the supermarket.

The plates I’ve served up to look pretty and everything, but they don’t absolutely have to be. If you do not mind being rough in your plating and presentation, it will mean you are aiming for the flavor experience or simply to fill your tummy, and looks come last; that is a pragmatic attitude to have in the busiest of days, and you shouldn’t need to blame yourself. For a kick that really hits the spot, try adding kimchi, and the sauce the kimchi was preserved in, to your porridge or noodle soup. The pickled sourness of kimchi (a Korean winter tradition now known worldwide) is fun and quite potent, and will upon consumption wake even the most hungover of hunks. (Sidenote: you ought to never get hungover. Destructive amounts of alcohol can prove disastrous for the brain and liver.)