The early 1980’s sit-com “Square Pegs” featured delightfully geeky high school freshmen conspiring ways to join the “in” crowd – awkward teens starving for acceptance. An understandable adolescent venture, maybe – but an empty, blood-sucking slog for an adult. Instead of embracing their distinct square “pegness,” many exist as terrified sheep fueled by the opinions of others. Imagine what would happen if the pursuit of God dominated instead.

As a preteen, and inspired by the short-lived comedy, I soon begged my grandmother for cash to buy Guess brand bib overalls – hoping the designer label would secure popularity. Gram’s admonishment was only rivaled by her disdain as she labeled me a full-fledged “follower.”

She was right – by 12, my thirst for acceptance from peers was full-blown, a blooming idol and bottomless pit that led to fifteen years of binge drinking and rebellion.

I didn’t know Mike Lindell was a fellow square peg, because like many others, I hadn’t looked beyond the pillow to the life of the man clutching it.  Three years ago, I regarded his lifeless cardboard cutout with fresh eyes and a prompting of the Holy Spirit and soon embarked on a mission that unearthed a surprising addictive past and unconventional business practices. His pillow fame and ear tuned to God had positioned him for something incredible – an endeavor I had no idea would include me.

Mike had spent a huge chunk of his life a comedic fixture in the tavern scene, a functional addict and life of the party. I’d existed in the bubble of the bar for years, too – trading important milestones with my young daughter for nights wasted in dim lights, loud music, and the periphery of intoxication. Alcohol provided a temporary reprieve from my miserable sense of self, the bar I tended a sturdy barrier from people – just like the table Mike once used as a security blanket when he first began peddling pillows. Corporate work settings eluded me even years into sobriety and felt as awkward as showing up to an event I thought was supposed to be a costume party – only to find myself the only person clad in a get-up from Goodwill.

How could a square peg thrive in the workplace? Did such an environment even exist? Eventually, my excavation of Mike’s life unearthed an article by a Bloomberg writer titled “The Preposterous Success Story of America’s Pillow King,” and as I devoured it, I found the answer. 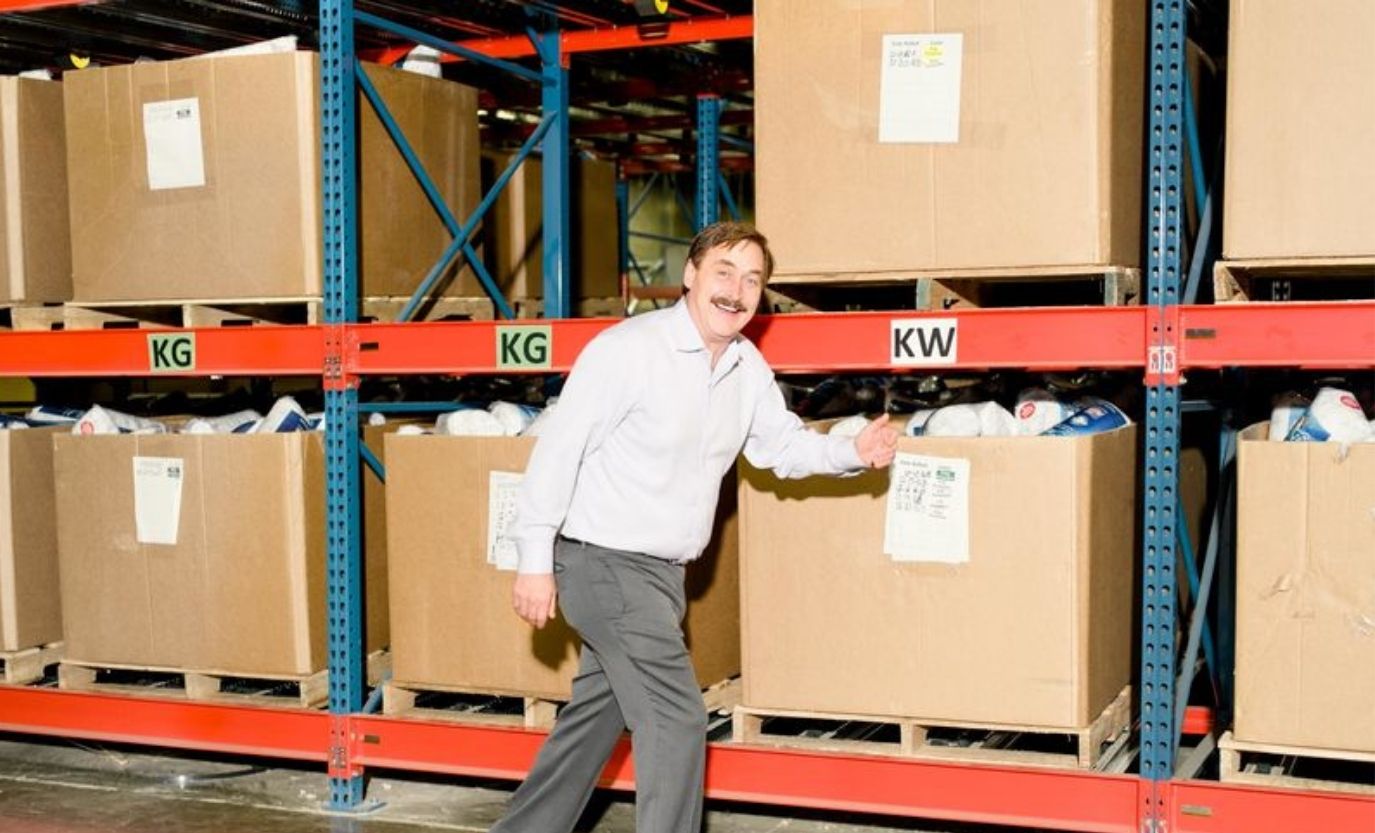 Perhaps Bloomberg wished to paint Mike Lindell as a goofy ex-crack addict with stuffing for brains, but the news hit piece affected me in quite the opposite way. Instead of acting as a repellent, the irresistibly unpolished description of a man who sought out divine appointments daily and had assembled an eclectic workforce teeming with ‘undesirables’ – was captivating.

The writer of the article seemed skeptical of Mike’s purported pathway to success which assigned a whole lot of credit to God.  People with no concept of the supernatural realm struggle to comprehend how such a successful businessman could survive by “getting things in prayer.” Teetering on scorn but never quite getting there, the magazine story described Mike’s claims about his Creator with thinly veiled sarcasm.

The heavenly realm is not off the wall for those who’ve tasted it. Prior to surrendering our addictions, Mike and I shared a deep knowing that our vices would lead to an early death if we didn’t heed the voice of God.  Submission proved to be the antidote, and the Lord was faithful to accomplish what dedicated adherence to recovery meetings and secular treatment had failed to. The most effective “evidence-based practice” was (and still is) Jesus Christ.

After surrendering my addiction to the Lord in 2003, the urge to drink completely vanished, though I wasn’t left pristine and spotless. Many traits’ Alcoholics Anonymous enthusiasts would refer to as “character defects” remained. A tendency toward sensitivity, personalization, and fear of people took a daily toll.

Feeling misunderstood was my constant, and many people get Mike Lindell confused as well, pegging him a lucky salesman with a hidden agenda. They fail to see the heart that beats behind a man who doesn’t just hug pillows anymore. As he has pursued God, his incredible courage, integrity, and boldness have burgeoned. His tenacity is contagious, and just like the HopeMatches showing transformed lives on the Lindell Recovery Network, this humble dude from Minnesota screams to the world: “If I can push back against the mob – so can you! If I’m willing to risk life and limb for the pursuit of liberty and justice, what’s your excuse!? If I can lift the banner of Jesus high and give Him glory in ALL circumstances – what are you waiting for?”

If a person with tremendous notoriety, fame, and a whole lot to lose can do go all in – WHY CAN’T YOU? Why can’t I?

The goats of the world will twist his passion for the people and his country into something nefarious but set aside the celebrity status and you will find a stripped-down determination with no other agenda beyond leading people to Jesus Christ. Period. On a recent call with our web team, Mike grew frustrated over tedious details needing attention. Exasperated, he blurted out, “I don’t know about all that technical stuff. I just want to help addicts!” 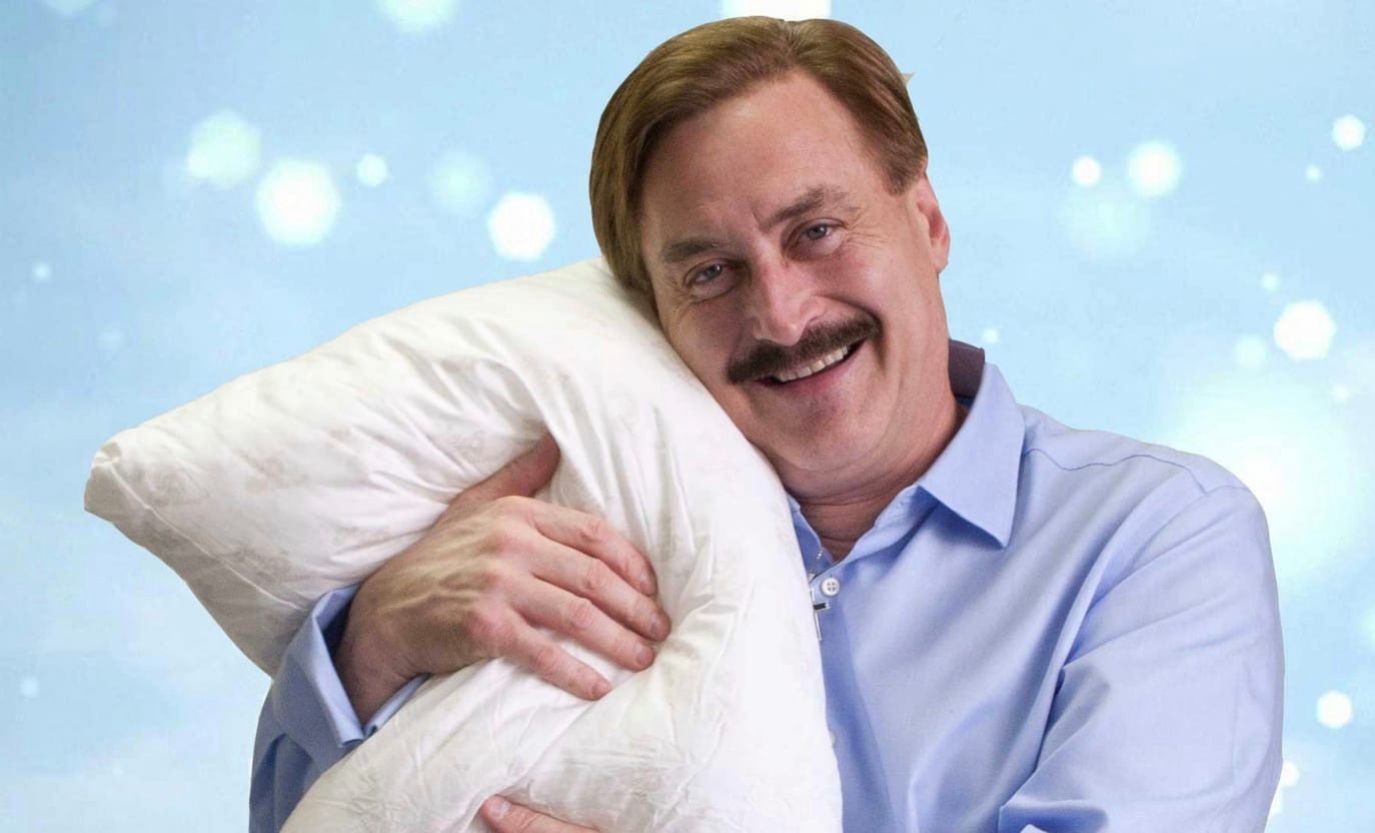 I sensed the Holy Spirit in Mike during our first meeting in 2018. I was thrilled he’d offered me a job, but also needed to get one thing off my chest.

“The way that you are so – YOURSELF – makes others feel they can be, too.” He admitted this was an often-heard statement.

Knowing that Mike’s integrity would never allow him to sell out for a pair of designer jeans, a QVC slot, or an ultimatum by a big box store – was captivating – his fearlessness, fascinating. I soon learned that my new employer was NOT simply a talking head who got slicked up for the camera, took speech coaching lessons in an effort to stop saying “warsh,” or a guy who spent hours agonizing over his next television interview. Instead, the real Mike Lindell fanned a crumpled paper with handwritten notes in the White House Rose Garden, talked about God and the Bible at every opportunity, boldly spoke before crowds of thousands with little prep – and candidly answered loaded questions posed by the snakiest of media outlets.

You don’t need extensive prep when the Holy Spirit is your guide. Like the Apostle Paul, Mike may not be the most nuanced, but this is one reason why he is loved by many.  He is just like “US,” not a politician, swamp member, or snake oil salesman – simply a man of the people, armed with words of truth that connect like a sledgehammer for those with ears to hear. They are messages he has received from God. Take that, Bloomberg.

Mike has reinforced in numerous, subtle ways that my current placement is truly from God – that I heard Him correctly back when I saw that cardboard cutout of the pillow man at the mall.  He senses when my character defects are reigning and offers reassurance. No longer striving to be someone else, I’ve lost the desire to speak polished corporate lingo.  What I’ve learned from Mike’s “governance by instinct” far exceeds anything a “woke” corporate experience could offer. He is loyal and fair, plainly demonstrating that promoting our own agendas is an exhausting and fruitless dead-end endeavor. It’s much easier to simply pray for God to open doors and then step through them.

Mike’s courage and unwavering spirit have shown me I don’t need to fear people – ever. The only valid fear is one of the Lord.  Conflict is okay and healthy. Iron sharpens iron – but only at the right angle – and we’re all better once we’ve come through the fire.

Mike’s skin must be that of an armadillo – enabling him to carry heavy burdens without fear and showing the inescapable need to find identity in Jesus and live from it.  Existing at the mercy of others’ opinions is a living hell.

Being a square peg trying to conform is like wearing polyester pants for a six-hour softball game at the height of a muggy Minnesota summer. Stifling, unpleasant, and just an all-around bad idea. But when you are walking in your purpose, led by the Spirit, and fearing only God – you will experience the peace and serenity that only come with full surrender in Jesus. Let Him land your peg in the right place and you’ll never regret it. 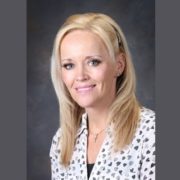 Melissa Huray is the Executive Director of the Lindell Recovery Network and was radically freed from her addiction in 2003.