If you watched the Opening Ceremony of the Tokyo Olympics, you are part of a markedly diminished number from previous years. Viewership was the lowest it has been since the 1988 Seoul games, dropping 37 percent from the 2016 games and 59 percent from 2012.

While this is offset slightly with some viewers streaming their content, others are choosing options like Netflix over live TV. This reflects the decision Americans are making: Do they watch the once-every-four-years Olympic Games or do they watch their standard fare? In years past, well over half chose the Olympics, and I can’t help but think that their decision was couched in a sense of patriotism, a desire to see the U.S. be victorious, and an appreciation that our entire country was coming together to show the world what we were made of.

The Olympics felt good, and the Games made our country more cohesive. It gave us the warm fuzzies and made us want to fly our flags and brag about our number one position in the world.

This summer’s Games, however, don’t seem to be having the same effect. It began with a photo circulating through social media of the American women’s soccer team, many of whom were pictured kneeling during the National Anthem. Several major news services are reporting that this picture was not taken during the Games. However, members of the team, along with teams from around the world, did in fact take a knee in the matches leading up to the Opening Ceremonies.

To be clear, this was allowed and violated no policies. According to Rule 50.2 of the Olympic Charter, athletes are permitted to protest up until the Opening Ceremony. After that, no expression of protest is permitted. So when mainstream media points out that no athletes have protested during the Olympics, that’s true, but only because they are forbidden to do so at the risk of being disqualified.

The question, then, is how we Americans feel about our athletes kneeling during the National Anthem, all the while knowing that video and photos will circulate and that their quiet form of protest will be heard loudly around the world. They kneel to make a statement, and the statement is that they stand in solidarity against racism in America, as, I hope, we all do. They choose to use their platform for this purpose, but the big question is: Should the Olympics serve as a platform for social issues? 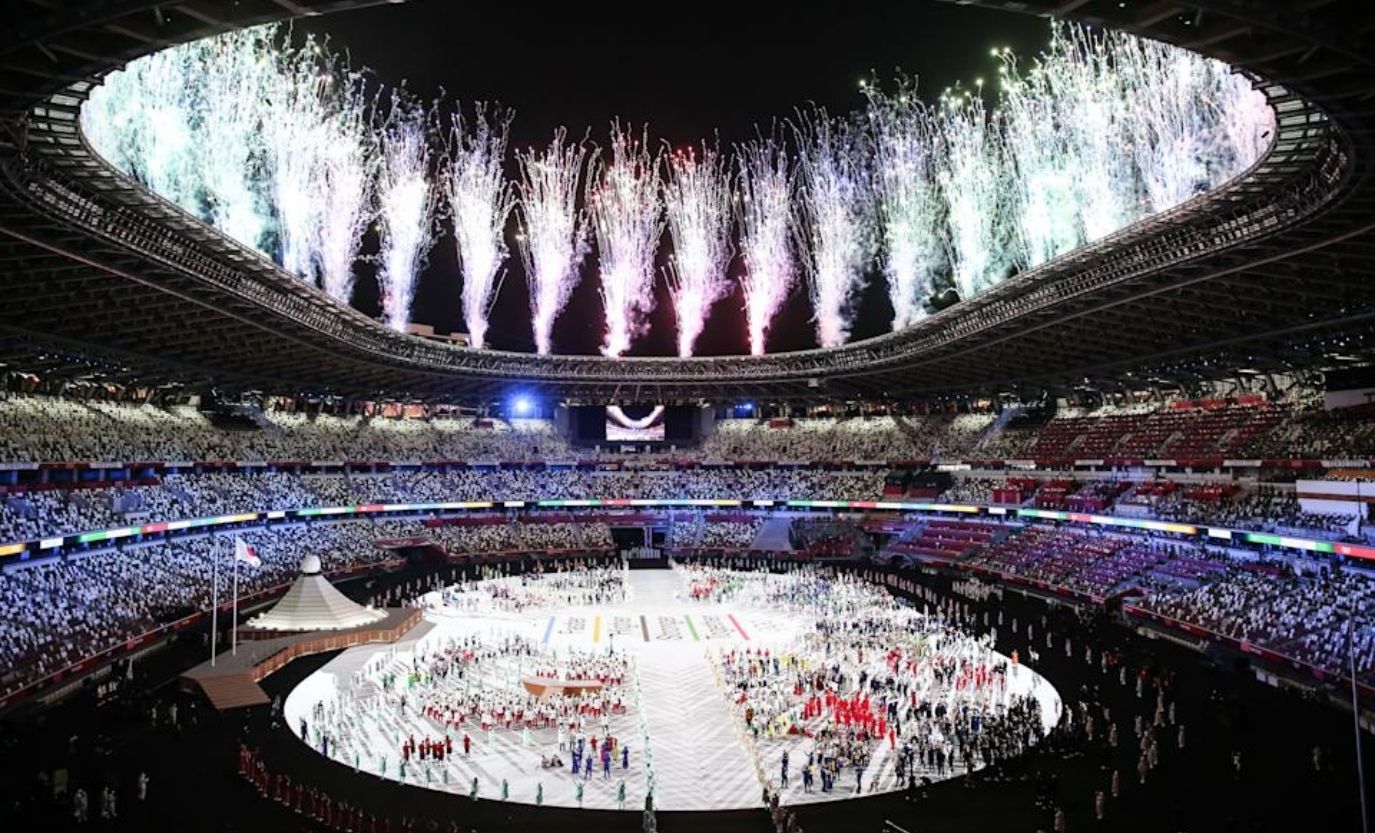 I’ve watched a lot of Olympic Games in my lifetime, and what I remember is proud American athletes standing straight and tall, hand on heart, some moved to tears by the opportunity they’ve been given to represent our country. They worked to get there, they earned their spot, but they were forever grateful to the country that sent them there. So even an inkling of disrespect during the National Anthem would have been unthinkable.

Times have changed. That sentiment doesn’t appear to be as strong. And this changes everything for viewers. Take away the patriotism, the respect, the honor, and all you’re left with is…sports. Oh, and the very social commentary you were trying to avoid when you turned on the Olympic Games in the first place.

You likely won’t read this perspective from too many mainstream media outlets. But do a search on the topic and read the comments. One commenter after another, for pages and pages, is lamenting what they see as our loss of patriotism. Many are ashamed that we can’t come together as a country, no matter the occasion or the event. Some are furious with our athletes for demonstrating what they believe to be entitlement and a lack of appreciation for all of the good in our country.

Their argument is “Without your country, you wouldn’t be standing on that field today, pursuing your dream.” They argue that the Olympics is not the place to draw attention to our country’s faults, but instead, a place to honor and represent our country with pride.

I think everyone expected the Olympics to produce American pride like it always has in the past. Instead, it’s leaving us with more to argue about.