On Friday, June 18, Catholic bishops in the U.S. voted 168-55 to support a measure that could limit the taking of communion for Catholic politicians – including President Joe Biden.

Biden, who is considered to be a devout Catholic and regular churchgoer and who is only the second Catholic president, knows that his pro-choice stance conflicts with Catholic doctrine, but he stands by it, at least in recent years.

Until 2019, Biden opposed federal funding for low socio-economic women seeking abortions, but in his run for president, he altered his position, causing many to question whether it was a true change of heart or a political move born out of far-right pressure from his own party.

Regardless, he is now firmly in the pro-choice camp, and Catholic leaders are not happy about it. As arguably one of the most powerful men in the world, Biden can influence minds and hearts, and the Catholic Church is concerned about how this might affect policies regarding abortion. Further, church leaders are worried about the image created when one of their own is permitted to partake in the church’s greatest sacrament despite openly supporting one of the church’s staunchest mandates – opposition to abortion.

Following this vote, the next step is for the doctrine committee to present their reasoning at the bishops’ fall meeting, where a debate will take place. If two-thirds of the bishops support the measure, it is a resounding statement within the American Catholic Church that Biden and other pro-choice politicians should not be permitted to partake in communion. However, the final say will come from the bishop who presides over the diocese to which Biden belongs.

San Francisco Archbishop Salvatore Cordileone weighed in on the vote. “Our credibility is on the line. … The eyes of the whole country are on us. If we don’t act courageously, clearly and convincingly on this core Catholic value, how can we expect to be taken seriously on another matter?”

While the individual bishop will make the ultimate decision, the onus on whether or not a Catholic should receive communion has always fallen on the parishioner, not the bishop. The decision is usually a matter of conscience versus judgment by a church leader. 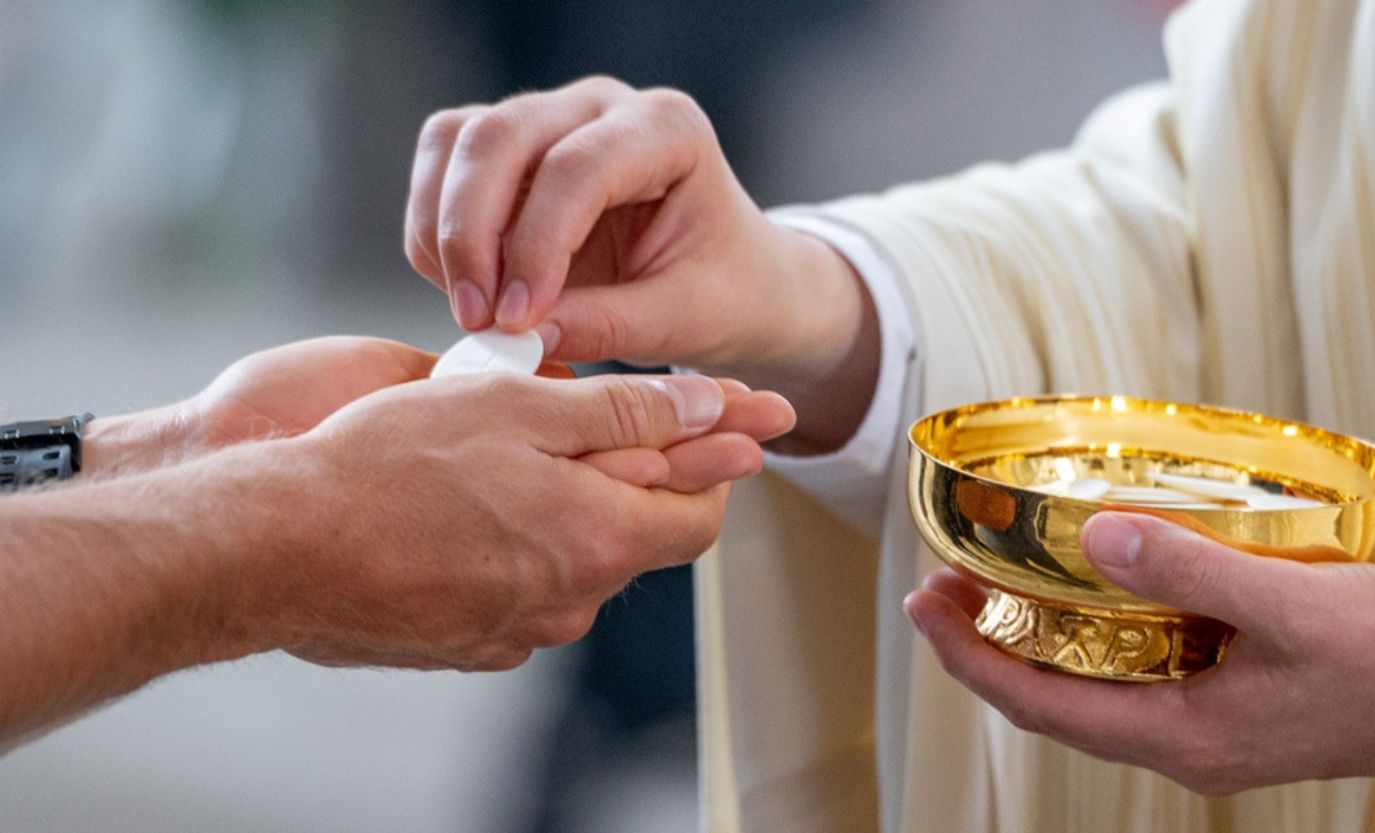 Referencing that norm, 60 Catholic democrats in the U.S. House of Representatives responded to the June 18th vote, saying, “We are proud to be part of the living Catholic tradition — a tradition that unfailingly promotes the common good, expresses a consistent moral framework for life, and highlights the need to provide a collective safety net to those individuals in society who are the most vulnerable.” The statement highlighted party policies on child care, health care and efforts to reduce unintended pregnancies and added, “In all these issues, we seek the Church’s guidance and assistance but believe also in the primacy of conscience.”

Currently, there are 158 Catholics in Congress, most of them Democrats who favor abortion rights, and six Catholic Supreme Court justices, most of them anti-abortion Republicans.

Antonio Spadaro, the editor in chief of La Civiltà Cattolica, the Italian Jesuit journal, disagrees with the idea of denying communion to politicians who support abortion. “The concern in the Vatican is not to use access to the Eucharist as a political weapon.”

Pope Francis seems to be on the same page, recently preaching that communion “is not the reward of saints, but the bread of sinners.”

But Catholic leaders in the U.S. separate from the Roman Catholic Church on this matter. Archbishop José Gomez, president of the U.S. Conference of Catholic Bishops, stated on Inauguration Day, “Our new president has pledged to pursue certain policies that would advance moral evils and threaten human life and dignity, most seriously in the areas of abortion, contraception, marriage, and gender,” adding that “for the nation’s bishops, the continued injustice of abortion remains the preeminent priority.”

In Biden’s case, only one person can determine if he may or may not receive communion: Cardinal Wilton Gregory, the archbishop of Washington.

Finding Worth in Others