When the latest warnings from the Federal Aviation Administration (FAA) have nothing to do with maintenance issues and everything to do with unruly passengers, you have to wonder what is happening in our country.

A spate of attacks, arguments, and physical altercations have taken place on airplanes in recent months as air travel has picked up again, post-Covid. Flight attendants and fellow passengers have found themselves the victims of belligerent passengers, most of whom don’t want to wear masks and refuse to comply with FAA regulations.

Just five months into 2021, the FAA reported 1,300 cases of aggressive or disruptive passenger behavior. How does that compare to a normal year? A typical report contains 100-150 cases of disruption in a 12-month period, so it is astronomical by comparison. The vast majority of cases involve disputes over wearing masks, with the rest involving arguments over seat assignments.

It really makes you wonder, doesn’t it? The FAA could not make its policy more clear. In order to fly any airline within the United States, all passengers must wear appropriate masks that cover their nose and mouth throughout the duration of the flight. Masks must also be worn within all airports, so from the minute you step foot inside an airport, through security checkpoints and baggage checks, in airport shops, during the boarding process, and through all the same at the other end of your travels, passengers must don a mask, no exceptions. When you buy a ticket, you agree to this policy.

Yet it’s become almost daily news – a new occurrence of passenger refusal to follow the rules. To heighten the drama, every incident is recorded on multiple cell phones, so we can actually see the brawling play out. One flight attendant was punched so hard by a passenger that she lost two teeth. Passengers throw themselves over seats and have full-blown fistfights over seating. Others cheer on flight staff when they “handle” an obnoxious passenger. Instead of a quiet, peaceful flight, passengers are hurled into an MMA fight they didn’t anticipate and definitely don’t want. 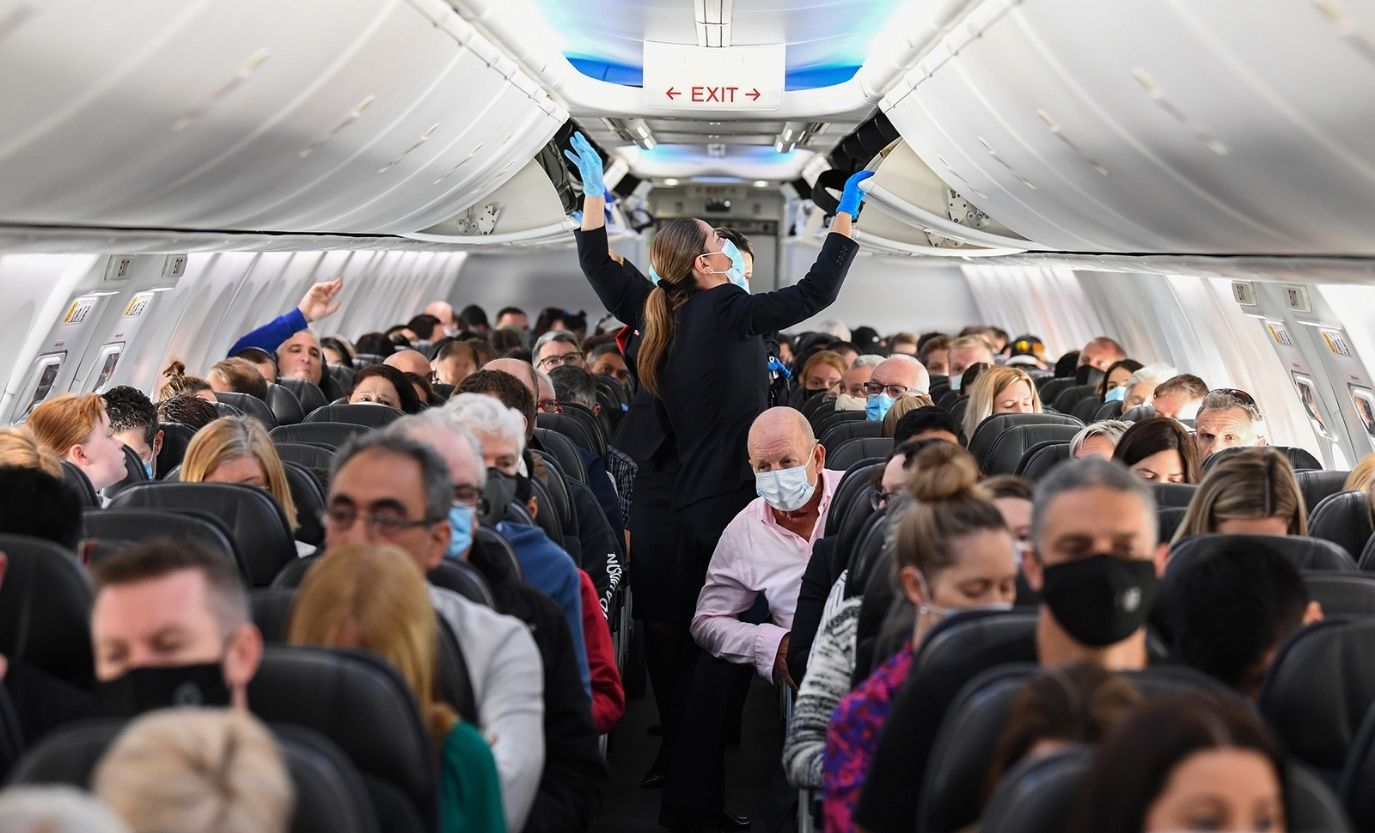 So what is happening up there in the air? It definitely has nothing to do with an unclear policy or confusion of any type. No one is confused, they’re just not in agreement. Fair enough, but that doesn’t mean you can take matters into your own hands. It started with refusals to comply, an attitude of “I’m not going to let you take away my personal freedom!” except that you give that up the minute you buy a ticket for a flight.

There have always been rules, and the FAA has exercised its right to change them as necessary over the years. Imagine what would happen if you began smoking a cigarette in a plane. Or making terrorist threats. Or sitting in first class when you carry a coach ticket. I’m not sure why people think mask-wearing is any different.

As a society, we need to think long and hard about what disagreement should look like. It is perfectly okay to hate wearing masks. (I don’t know anyone who’s a big fan.) It’s okay to think that wearing masks is stupid. It’s okay to be angry that you have to wear a mask, particularly if you’ve recently had the virus or have been vaccinated. But it’s not okay to refuse to comply with airline policies and still expect to get to your destination. Airlines have always reserved the right to kick you off the plane if you don’t follow the rules. This is just another rule.

When did we get like this? When did we become this selfish and self-centered? Did you ever think you’d see the day when your biggest worry when racing through the skies at 30,000 feet is the guy sitting next to you?

Relax with the Girls at High Tea