Twelve years ago, a rambunctious black lab pup entered our lives and literally destroyed everything that was not tied down in our back yard and back porch and even some things that were tied down, including the porch swing and wooden door. It was almost like he needed any chew toy he could find and if he couldn’t find a real toy, he used whatever was available—spoons, wooden pot handles, shoes, vacuum cleaner, plastic dishes—like I said, whatever was available.  We named the whirlwind Ezekiel, meaning “God will strengthen him,” and we called him Zeke for short. Any time we found the gnawed remains of things that once held value, we knew Zeke had been in action again. Once I had found two young pullets laid out on the ramp to the back porch.  They never made that mistake again because they were dead as doornails, and I was mad enough to spit nails! When would his reign of destruction end?

Slowly, imperceptibly, he started to outgrow the chew stage, and became more docile. Zeke had always been friendly, but now he had a more mature friendliness. By the time he was three, he was a pretty decent pet and well worth having. And then something happened to change the course of his life forever.

One night about 2 in the morning, we awoke to the sound of a serious fight with lots of growling in our front yard. My husband grabbed the gun like Jed Clampett and went to see what the ruckus was all about. Two figures tangled with each other, one grey or white and the other undistinguishable. He shot a couple of times to scare the culprits and one ran off. That was the last we heard of the fighting for that night. The next day, however, we found clues that helped us figure out what had happened. To our great surprise, we discovered that Zeke had definitely been involved. 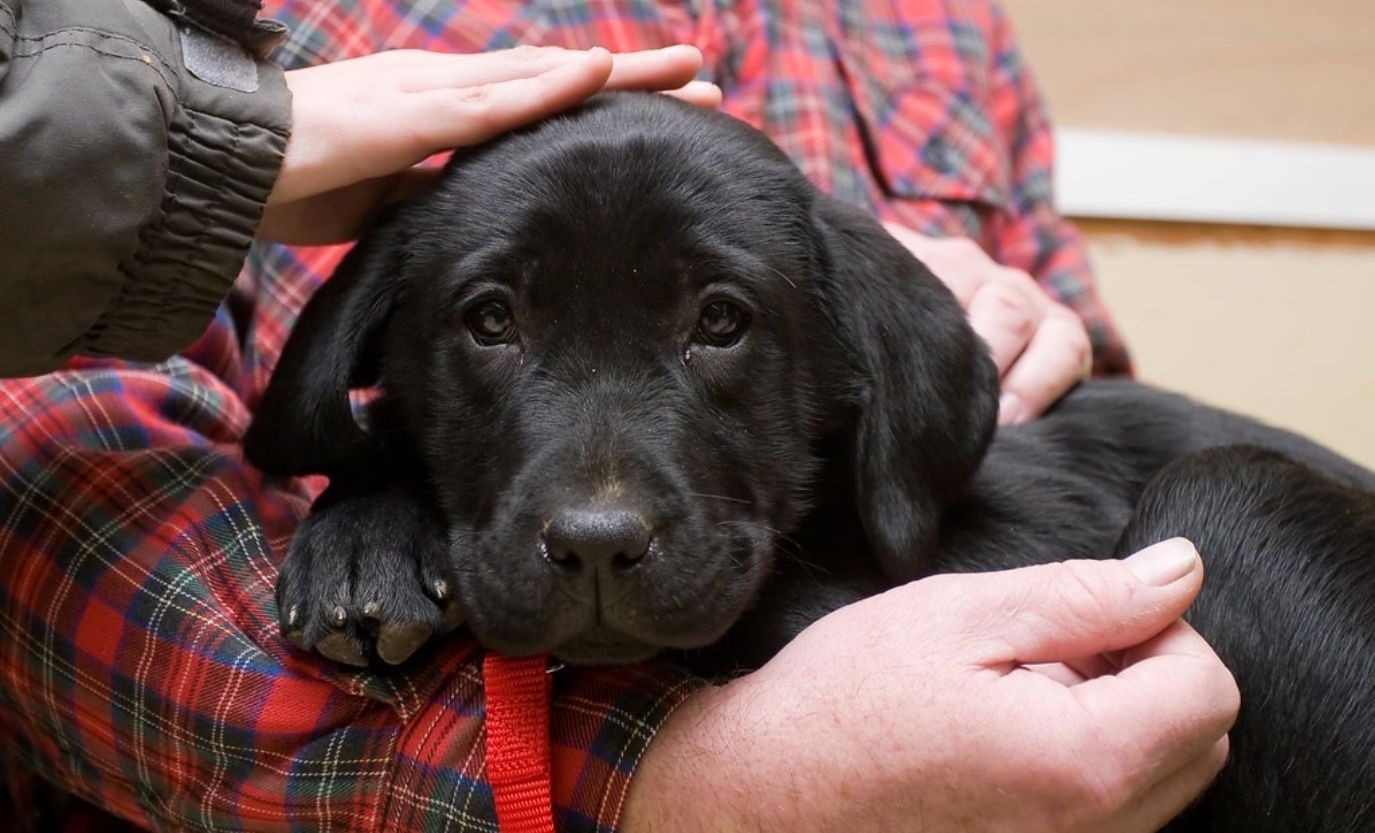 Zeke was always in our fenced-in back yard, so we had not really expected him to be injured, but the evidence we found proved otherwise. Somehow, he had gotten out of the pen to face his nocturnal adversary. He had managed to get back into the yard, but it must have been a struggle.  A trail of blood led through the grass and up the back ramp and Zeke, who was usually on the move, seemed to be bleeding. On closer inspection, he was injured, but we did not know just how badly. We left him alone, thinking he would heal on his own. But after a couple of days, he was becoming listless and looked like he might be on his last legs. We decided to bite the bullet financially, get him to the vet, and try to save his life. After all, the Bible admonishes men to care for their animals.

Before we left for the vet (and even before we got there), we prayed for him, as we have prayed for sickly pets in the past. When we arrived at the vet’s clinic and they made their official assessment, we realized his healing was going to take a miracle. Zeke, the nuisance, was now Zeke, the prayed for. He had a hole under his neck the size of a cantaloupe, so big that the doctors wouldn’t even be able to stitch him up. There were holes in his back thigh, and you could see his windpipe and other internal body parts. He offered no resistance as the medical team began their work on him. When they tried to cleanse the wounds, water went in through one hole and squirted out another. This happened in several locations, but they persisted.

It took a while, ten long days to be sure, but once the treatment began, his body responded and the impossible became possible, fortified with prayer. The gaping hole began to shrink until it was as small as a quarter. After days of intense medical care in the veterinary clinic and more than $1000 expense, we were able to take him home and nurse him to complete healing. Zeke’s attitude changed from one of mischievous pleasure to becoming one of the hugging–est, loving–est canines around. He became what my son and I called a canine version of “Baby Huey,” really big, but oh, so lovable! 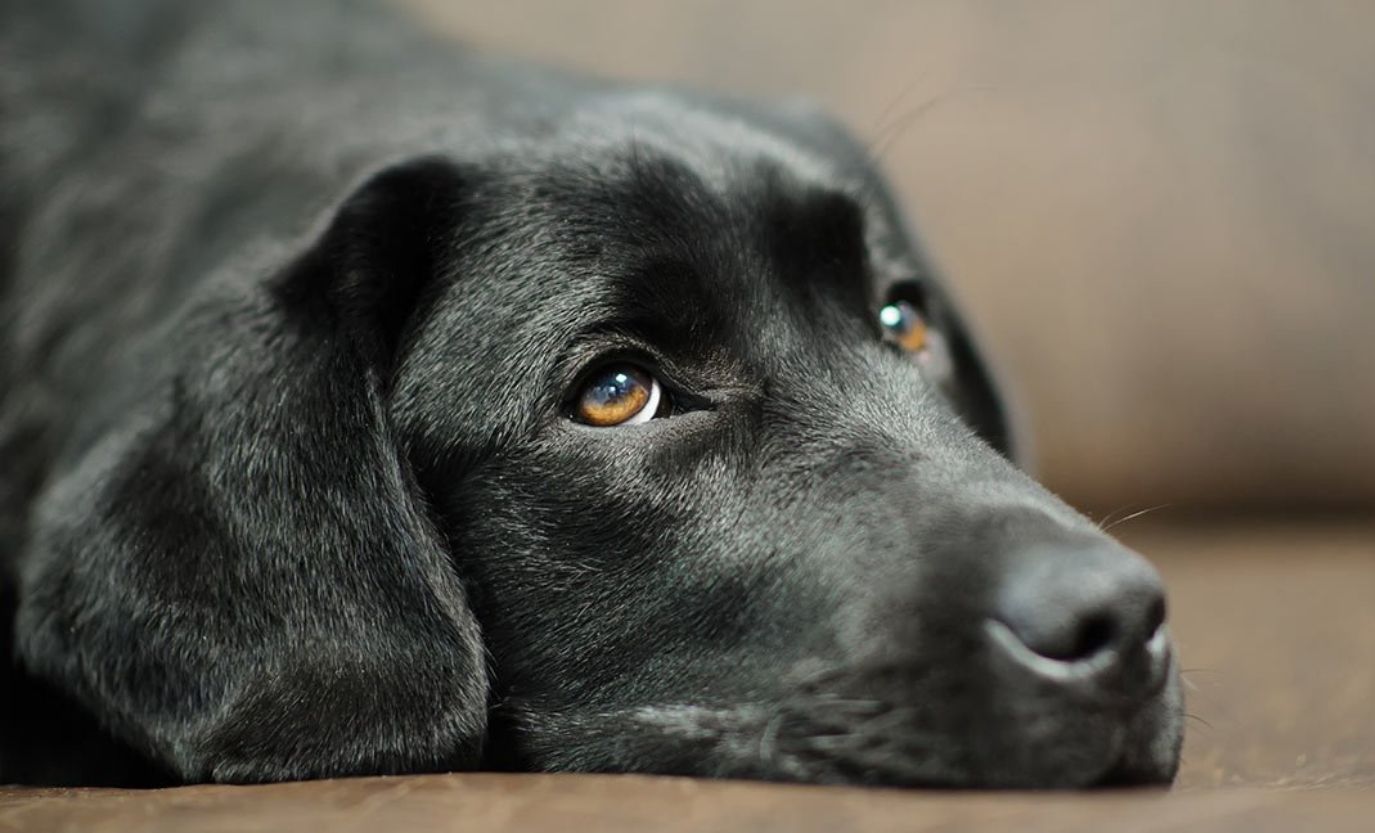 Now we can’t step into our yard without this big guy jumping up on the rail and putting his head on our chests. He demands not just a hug, but bunches of hugs each time he sees us.  He keeps begging for more until we finally relent and give him his fill.

He loves to run free in the yard from time to time, but it has caused me some pain. Once, after I had knee replacement surgery for each leg, I was working outside and had set him loose for a bit. As I walked on the slick pavement in the garage, Zeke the Wonder Dog ran past me and hit the back of legs. Bam! I hit the concrete smack dab on my rear end and thought I had twisted my new knees as I went down. Well, it turned out the knees were okay, but I had broken my tail bone. Another time, I was outside with my husband and Zeke was out for a romp.  Imagine my frustration as the Gentle Giant ran past me and knocked me down for a second time, this time knocking me flat on my back on the hard earth. It’s hard to get upset at him for such displays of unbounded joy, knowing how thankful he is to still be around.

Remember how I said he had killed two of my chickens several years ago?  That must have been part of his juvenile stage because now he shares his dog food with the chickens who live in the back yard with him.  He doesn’t get upset at them unless he’s really hungry for that night’s menu. The Rhode Island Reds we have now don’t even faze him. In fact, they have been known to lay eggs in his doghouse. He doesn’t bother them at all.

Looking at Zeke, I think of the thankful leper in the Bible or the lame man who went jumping and leaping and praising God. He may be just a dog, but he has such a deep thankfulness. We never realized how prophetic his name would be because God did strengthen him. The Bible says if people don’t praise God that the rocks and stones will cry out. Although Zeke is not made of rocks or stones, his attitude cries out with praise to God. It’s a lesson that we all need to remember, and it took a dog named Ezekiel to show us the way.

Breaking the Holocaust Veil of Silence

Quick Food, And Back To Work