Nancy Gonzalez is humbled and amazed by the response she has gotten to her dancing. That’s because her dancing takes place on the sidewalk, during the morning commute, at the intersection of 610 and TC Jester.

Gonzalez is a happy soul who just loves to dance, and she doesn’t care who’s watching. Many are, and they are both intrigued and inspired by her positive, carefree vibe.

“I’ve been a dancer since I was 3 years old,” she said. “I did ballet, tap, and jazz up to 15 years old, then drill team in junior high and high school. I even went to Europe with a dance company one summer. The dancing bug has always stayed with me. I dance all over the house with my daughter and husband. Music is life.”

That’s all well and good, but how did Gonzalez go from dancing in a studio and on the stage to dancing in the streets?

She explained, “I picked up running after my husband had a heart attack six years ago, and my mother passed away at age 45. When I reached age 45 myself, I realized I needed to make things work better for me than they worked for her. I’m trying to stay healthy. So I started walking and my heart felt like it needed more of a challenge. Then I started running, and apparently that wasn’t enough because one day I just let go and started dancing. The song “You Make Me Feel Mighty Real” by Sylvester gets me going every time!”

Her dancing quickly caught the attention of drivers and passersby and she didn’t care in the least. “I’ve always been of the belief that you can do everything right and people will still talk about you, so you might as well do you! It’s exhausting to try to please everyone. The best I can do is just make myself happy. I get weird looks and snarls even though I don’t try to make eye contact with people in their cars. Others wave and say hi. I don’t pay people much mind. I’m not there to get attention, I’m just doing me.”

That is exactly the vibe she sends out because people responding to her dancing are inspired by her impromptu performances. In the neighborhood Facebook group for Oak Forest, someone posted about the unknown dancer. “Awesome dancer in the morning. I take TC Jester to 610 in the morning and often see a woman dancing her heart out on the sidewalk. It makes me so happy to see someone having so much fun. Does anyone know her story?” 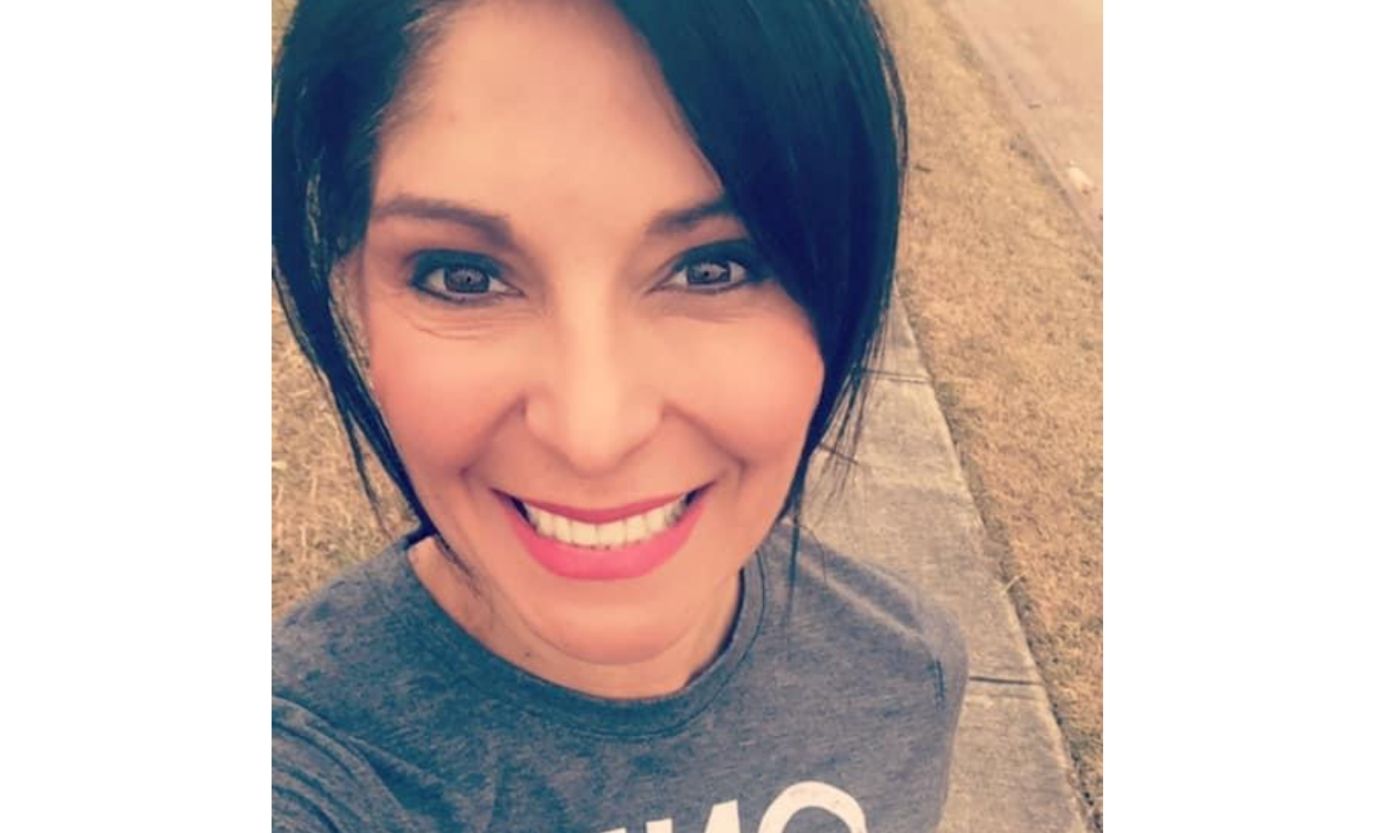 The comments flooded in. “My children look for her every morning on the drive to school,” one mom said. “We love her spirit and bravery to be uniquely her.”

Eventually, when one man commented that she must be divorced and looking for attention, Gonzalez jumped in to identify herself – and to assure the man that she is not divorced, is happily married, and has a supportive husband. “I’m not here to try to change anyone’s opinion,” she said. “I’m just living my best life, however I see fit.”

Gonzalez has gotten some strange looks, including from eight police officers there to assist a driver whose car had ended up in the bayou. “For a minute, I thought I was in trouble. But no, they were dealing with something much more important.”

And that’s exactly how Gonzalez sees her dancing – as a simple expression of her happiness. She is surprised that so many have been affected by her joyful dancing, but that is a major reason she continues to do it.

“My strong belief is that the Lord is looking on us, and as long as we are putting out positive, positive will be returned to us through the Lord. If my dancing brings smiles, or if one teen notices that I don’t care if people are watching me, I’ve helped, and that’s wonderful.

Do you really need a hysterectomy for symptoms of hormone decline?