I remember Christopher Reeve in the movie Somewhere In Time, approached suddenly by a stately woman he would know and was to have known. Yes, there is a time loop element in the tale. An ethereal lady of much refinement, and a gut-wrenching story for the ages. It is to remind us that there is a Great Power we can turn to.

Sovereign of Israel, Great God, you have plans for me, and I need only wait. Perhaps that is good enough, but often it isn’t—I want to know in advance every single thing He has laid out on the road ahead. That yearning is so very human.

In similar sentiment as the demure lady of literary deportment, I ask my Lord, “Come for me,” in my beseeching for more of His secrets. I know my words are a bit different but my longing is the same. I surmise I am ready to ride on His shoulders, to see higher, further, and sooner. Maybe He considers me young, and not ready, and He wants to save me from horrors I can barely imagine. So really, I may be better off not knowing too much in advance.

Ohhh yes, I eat. I’m a hungry bunny. Picture of me in an identifiable place. And now the terrorists are going (not that they ever wanted to stop) to keep on scaring, harassing, and persecuting this restaurant I eat at—for the commies have indeed tackled every facet of my days. They rip every beautiful thing in my life to shreds, so that they can force me to regret ever having become an active Zionist. 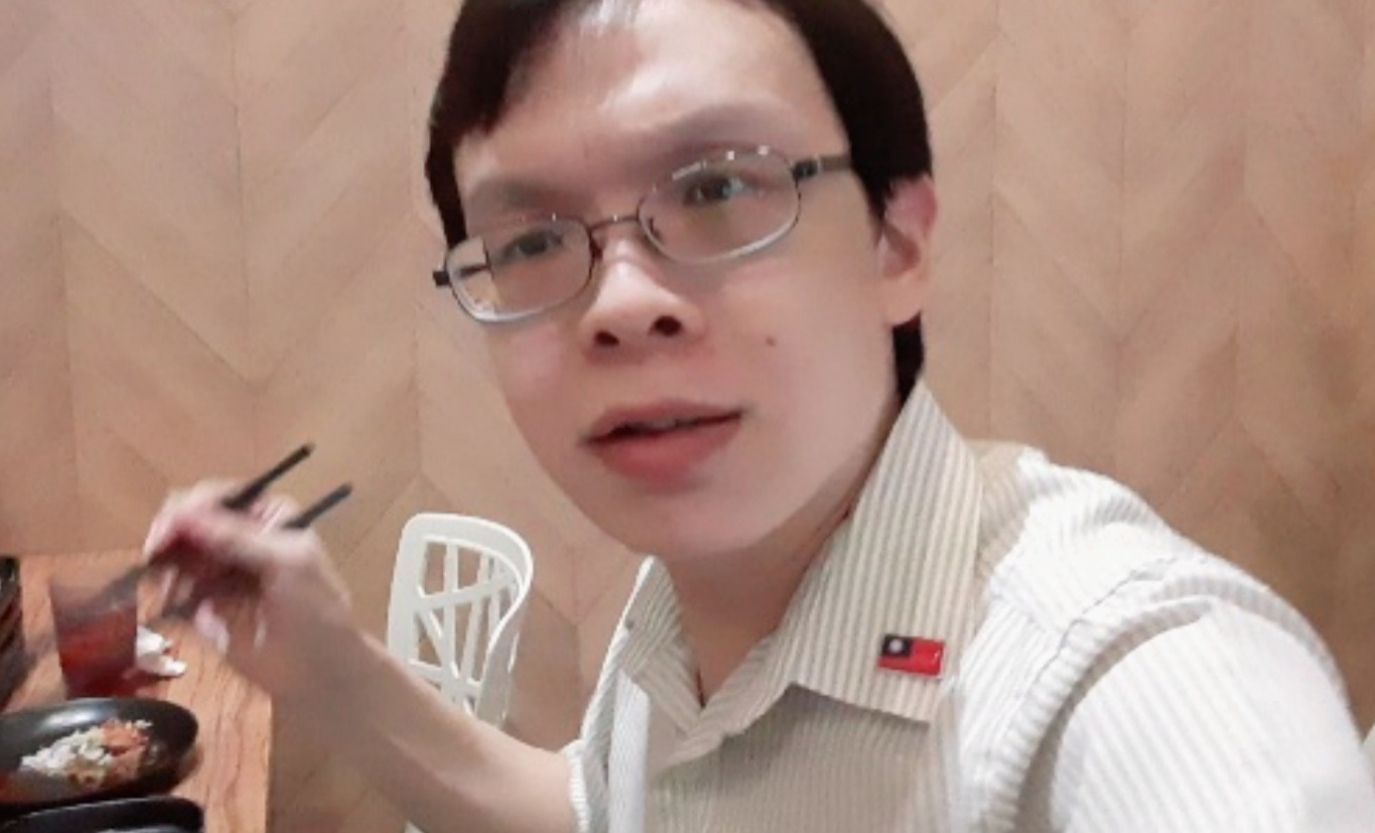 Ohhh yes, I eat. I do. I’m not a god. I’m in the temporal realm, and I neeeed food (my face lights up like an excited Year of the Rabbit mascot at this). With forks, knives, and chopsticks, I burrow my way into chow both western and oriental, and chomp, munch, and chew, with glee and much thankfulness.

I have never wanted unicorns and ponies, but I dreamt for years of acquiring a cute car, like a Chevrolet Sonic sedan, and asking for a custom paint job to dress her up in pink and white. Piloting it will turn heads, when I cruise into parking bays outside the facility, or when I pause at traffic lights, and other drivers see it’s a guy in the pink and white car. I like being hilarious. One day I’ll get my chance of having this instrumentality of infectious joy bring smiles to people’s faces.

My mother Mrs. Ong bought pink and purple pony and unicorn toys for my Arab wife’s little sister, who attends elementary school in Malaysia. I doted on her tremendously, which meant my heart fell apart into a million pieces after my wife dumped me. Being cut off from the sprightly angel of many giggles and wild cheers crushed me.

The little princess was (and is) the quintessential darling of my fatherly heart, and even when she absentmindedly uttered, “Israel does not exist,” on February 29, 2020, which alerted me for the first time to the radicalism in that Arab household, I still know it today as indoctrination—and the Arab elders, and young adults with baccalaureates who abuse her with such antisemitic nonsense are doing their best to solidify the hate of course.

I know I lost my relevance. I am not the American Embassy—which by March 18, 2020, had suspended its visa processes to deal with Covid, and even if I had been a Likud minister it would not have been possible to simply get visas and licenses for the Arab household. Western norms do not comply with corrupt Middle Eastern expectations. But I am stupid, no doubt about that; I had for months believed my wife’s endearingly tender claims, “Even if you had no money, no job, no health, I would still love you. I don’t need trips, visas, your access, your connections. I just need you, Victor. I love you eternally.”

On March 20, 2020, my wife left me. Poof! I haven’t seen even a shadow of her since. My quiet pleas, desperately attempted in electronic form, drew to a close by April 26 that year. She commanded me to. I was a stupid bunny ripped to shreds by fraud that wasn’t even entirely online. Having cupped lovingly in the palms of my hands the sides of her face—her feminine countenance sculpted no doubt by God Himself—her gaze continues to animate all my cliffhanger dreams and psychedelic nightmares. My love for her is eternal, lasting beyond the resurrection.

This biblical love defines the good gals and guys of Zionistic mission. Mossad agents grieve the terrorists who are unrepentant; I mourn the idiocy of what my Arab wife had long ago decided to do with her life. Even as there is new info unveiling her involvement with cyberterror, espionage, and anti-Jewish activity, I cannot forget the sheen in her eyes, and the varying temperatures of her arm when I held her to comfort her, and she played with my hair. I am reverent upon the fact God made her, and my prayer is for the utter failure of her entire syndicate, so that she won’t have a Palestine action project to belong to. If Heaven frustrates her mission, and ends all avenues, it will be a blessing even if she doesn’t like it. To be an ordinary girl is holier than being an insurgent. 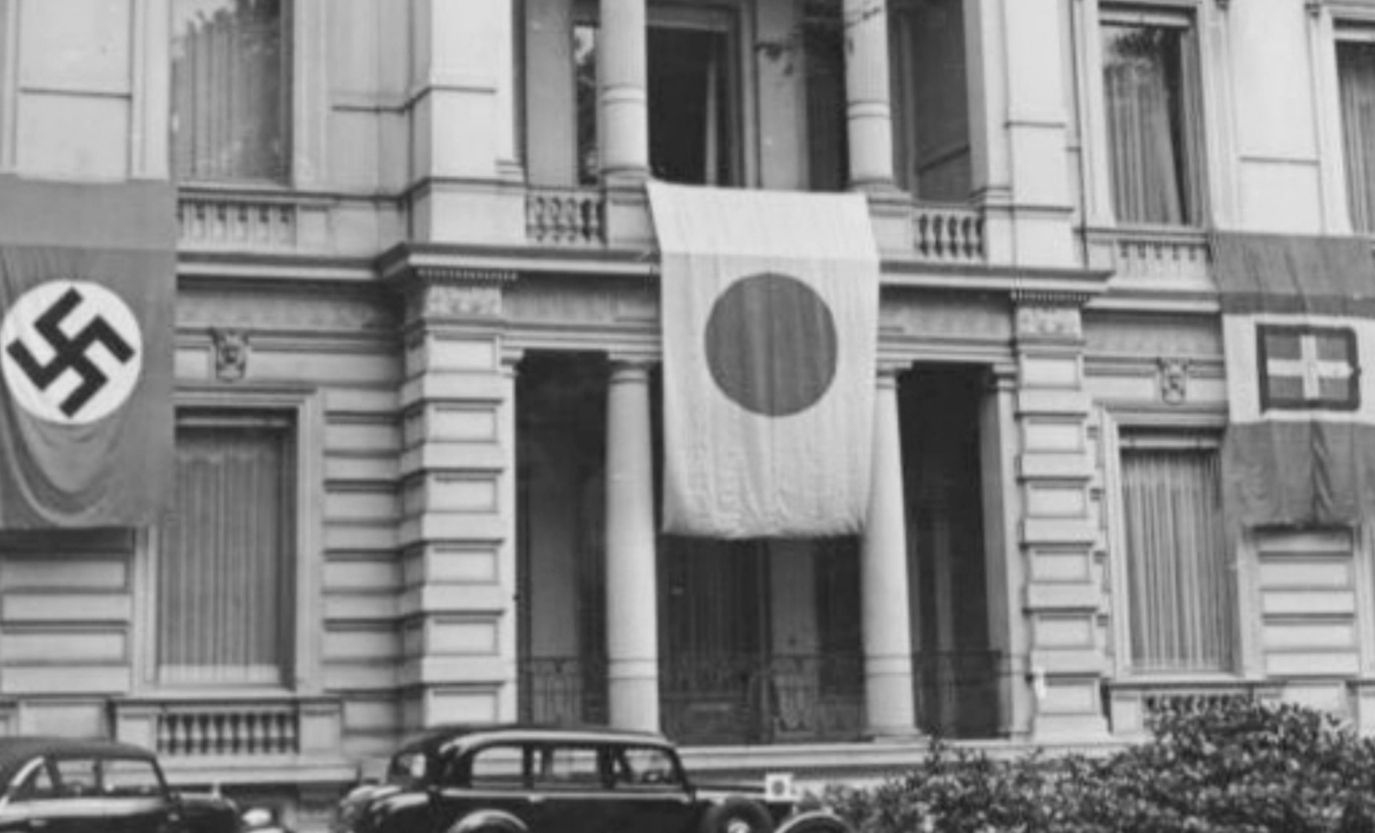 The Axis was fun for fascists, but plunged Jews, Republican Chinese, and the United States into a sea of fire. The sneak attack on Pearl Harbor was a literal ocean of flames lit up on a Sunday, of all days. National Socialism isn’t child’s play—it kills.

Show Me The Meaning Of Being Cathayan

My head is heavy, but God reminds me of my sacred usefulness. I know I was aborted by my wife, but the great Jehovah sustains a fire in me that lifts me up—to Him, I am not expired, nor irrelevant, nor unwanted. So Backstreet’s Back, and I’m larger than life again.

I have been met with complaints from ordinary Orientals on what the Japs are doing with nuclear-related substances. Regardless of who’s trying to score points with criticizing the Japs, one thing remains clear: radioactive energy is seriously not a good idea. As bombs, the tech was meant to hasten the end of WWII and skip massive Allied troop landings on the main islands of Japan.

As energy, the nuclear power station is a bad idea for civilian populations, and of course oceans and marine life. It’s like holding your breath all the time, waiting for the newest meltdown. I can afford to wait for God to come to me, but I sure as scones won’t want the suspense associated with being anywhere near a nuclear power plant.

Surprise, surprise, the proponents of clean energy, yes, the ardent Democrats who con us with rosy nuclear lectures at Harvard, these environmentalists want nuclear power as a way to stop reliance on fossil fuels. How is that logical?

Well, if leftists were logical to begin with, there would be no debate today on what West Asia is. Israel is Israel—she just is, and Palestine was a province of the empires. Haven’t the democratic socialists realized that the foreign name Cathay does not feature anymore in the longtime tussle between the two Chinas—the People’s Republic of China, and the Republic of China?

Chinese leftists and Chinese rightists go at each other like a Mortal Kombat video game, but no one is silly enough to revive the name Cathay (a styling based on the nomadic Khitan marauders). Incidentally, the name Palestine, which the left adores, is based on the marauding Philistines. Oh snap.

Why name places after those who pillaged? Hint: the radical Arabs are marauders too! And the mic drops.

What’s More Important than your Health?

How Do Christians Respond to Chauvin's Verdict?