Toni Carraway-Smith has one of those stories you read with awe. A domestic violence and suicide survivor, Carraway-Smith is now an author, writer, speaker, and podcast host using her story to give others hope.

“I want people to be encouraged,” she said, “especially if they’re bound by addiction or unhealthy relationships. I want them to know they can be complete, and God will have the victory because He loves us.”

Carraway-Smith touches on her story in her book I Hear You God, a devotional filled with scriptures based on various topics such as obedience, self-esteem, and wisdom. But the meat of her story is much weightier and she previewed that story with me by sharing some of the details of a hard life redeemed by faith.

“At an early age, I wanted to be a journalist,” she explained, “but I struggled with dyslexia and illiteracy made worse by the fact that my parents were divorced and I was shuttled among three different homes: my mom’s, my dad’s, and my grandparents’. I got pregnant at 14 and dropped out of high school, never earning my diploma. At that point, I was relying on whatever adult could help me. I lived with my mom at first, working two jobs at age 16.” 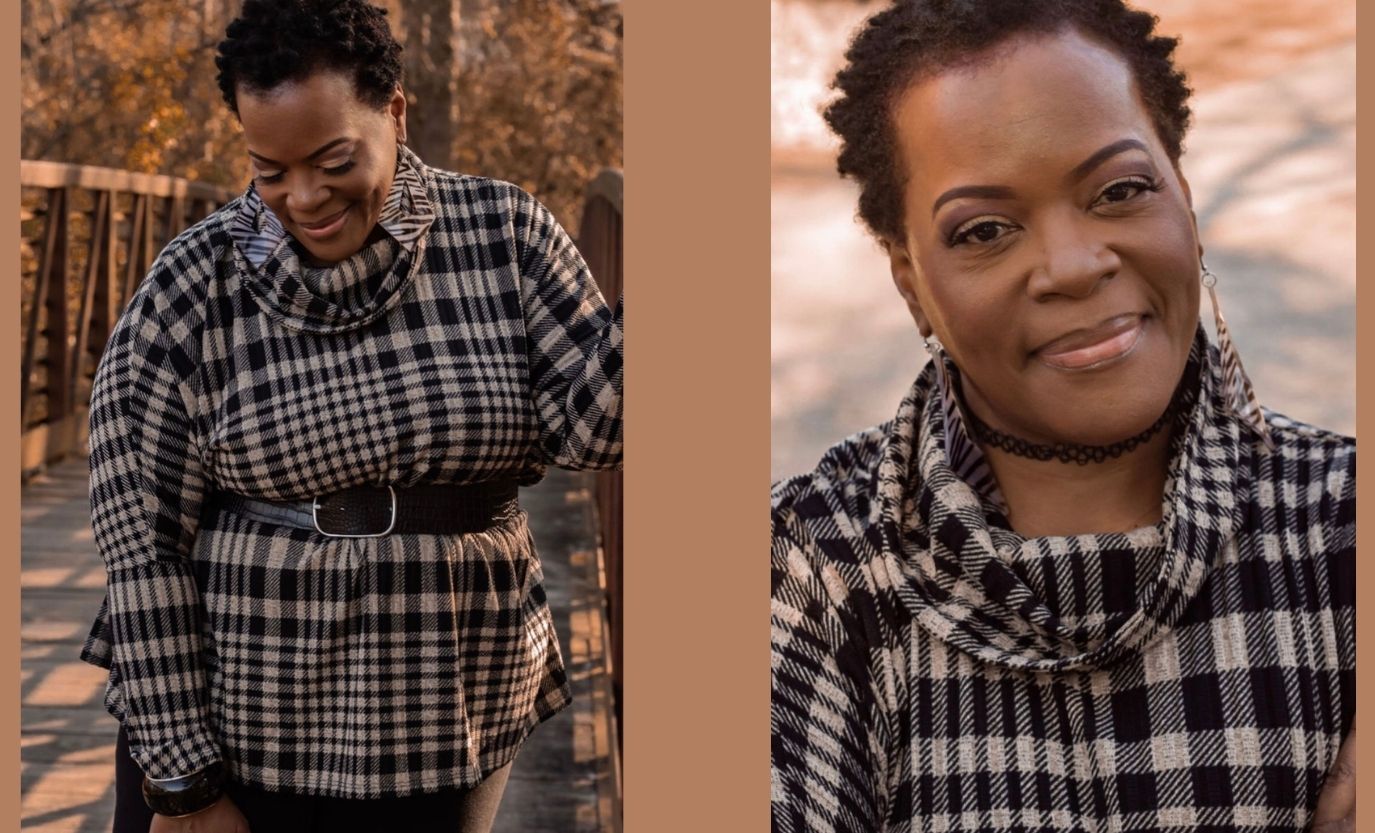 Then things got worse. “I found myself pregnant again at age 16. After I gave birth to my second child, my sister picked me up at the hospital. When I got home, my step-father told me I was no longer welcome there and handed my first child to me, sending me into the streets. There I was, a 16-year-old single mother with a 2-year-old and a newborn and nowhere to go.”

Carraway-Smith lived with her sister for a short time and worked hard as a mother, but she entered several abusive relationships that sent her into hiding from the perpetrators. However, she never stopped pursuing her dream, which was to earn her GED.

“My own kids didn’t know it at the time,” she said, “but they actually taught me how to read. I just kept making them read to me until I became more literate.” She eventually passed her GED when she was in her late 40s, and she didn’t stop there. Carraway-Smith took all her journals she had kept over the years and compiled them into I Hear You God, self-publishing her very first book.

“I’ve learned to listen to God in the midst of my trials,” she explained, “to listen to God’s will for my life on a day-to-day basis. I want this book to be encouraging beyond being a personal testimony of my faith.” 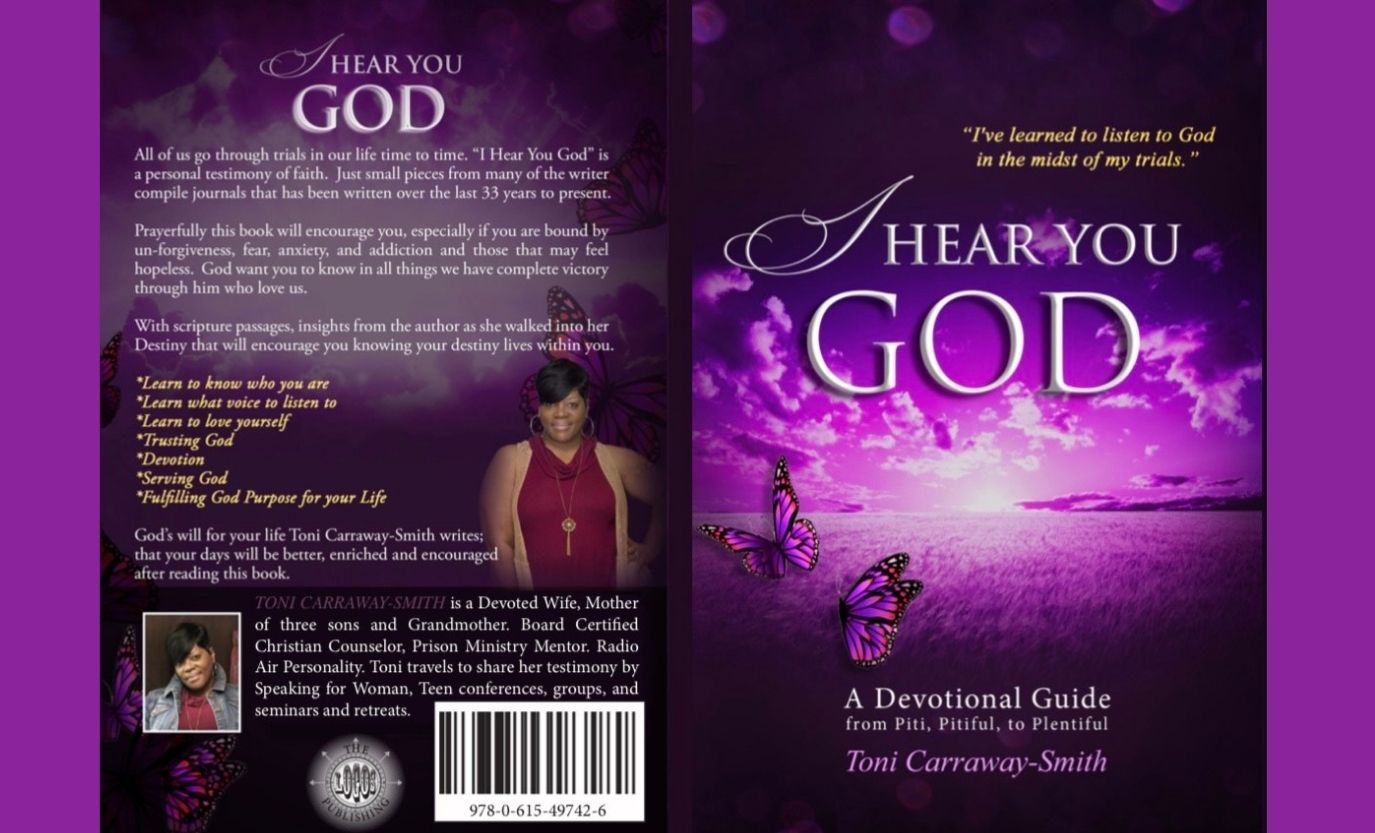 Carraway-Smith doesn’t just write about her faith, however. For 26 years now, she has been involved in prison ministry, speaking to men about the pain women go through as domestic violence victims. She also works with domestic violence victims through the Fort Bend Women’s Shelter and is on the Board of Star of Hope. She is even forming her own non-profit organization to help women with low self-esteem and those needing support services to pursue their education. As she said, “I want to share everything I learned when I was told I would never amount to anything.”

Her faith has been unwavering for years, and she has demonstrated it in the most awful times in her life. She’s been married for 26 years, but for half of that time, she helped her husband overcome an addiction to crack. Even more tragically, one of her sons, a former honor student and member of the Navy, is in prison for murder after becoming addicted to drugs. “At the time of the murder, he had over 50 drugs in his system. He’s in prison for life. It’s amazing to me that God equipped me for prison ministry all those years ago and now I am ministering to my own son. Praise God, my son is now going to seminary and is filled with the Holy Ghost.”

To hear more about Carraway-Smith’s survival and redemption story, invite her to speak, or learn about her upcoming non-profit, visit determineurdestiny.com/. Her book can be purchased at Amazon.

Philosophy of the Border Wall

Living Clean in a Toxic World