Tragedy can take many forms. On November 5, 2017, it took the form of a gunman wearing military-grade body armor who walked into First Baptist Church of Sutherland Springs, Texas, and shot and killed 26 parishioners.

It remains the deadliest mass shooting in Texas, and one no one ever expected it to happen in a town with a population of 600. Stephen Willeford, a plumber who was on call at the local hospital and was catching up on his sleep, became an unlikely hero that day when he took action to intervene in the shooting, drawing the shooter away from the church.

Known as the “Good Guy With a Gun” and “The Barefoot Defender,” Willeford heard the gunshots and, in his haste to help, ran out of the house with no shoes on his feet but a loaded AR-15 in his arms. “I couldn’t wait,” he said. “My community needed someone to stop this madness.”

Despite his lack of shoes, Willeford said, “I was thinking more clearly than I ever have. The Holy Spirit absolutely filled me and actually came out of me. I know this because I gave up the element of surprise. I ran across the street toward that church just yelling and wailing. Those sounds are what stopped the shooter and caused him to step outside.”

This was the first of many ways God intervened that day. Well, the second, since on any other Sunday, Willeford would have been at his church 35 miles away. But today he was home, he was armed, and he was charging the church like a warrior. 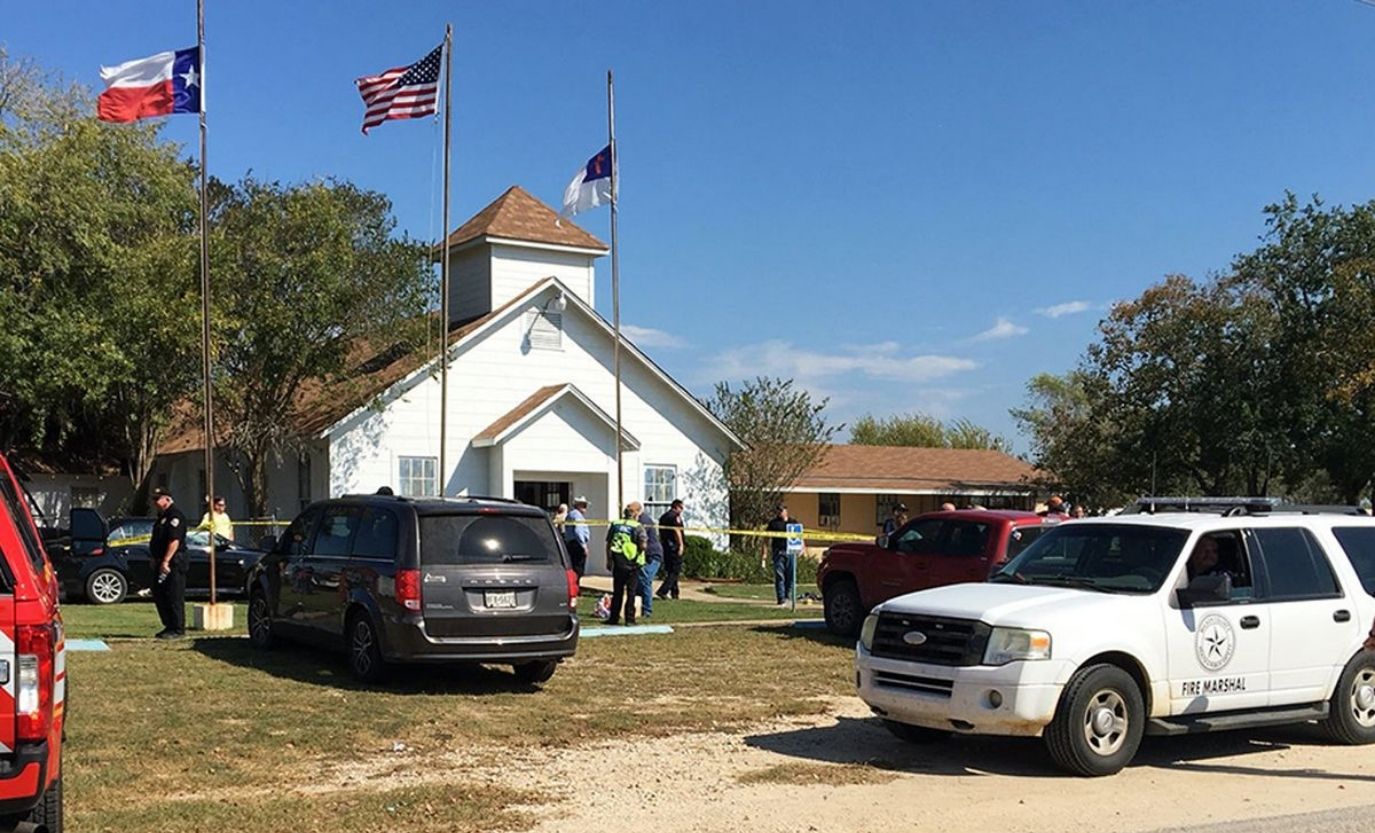 His timing was miraculous. The gunman, Devin Patrick Kelley, had just shot a young man named Chris Workman, leaving him paralyzed, along with his mother, Julie, who he shot in the chest. He was about to finish them both off when he heard Willeford’s yelling and turned his attention away from the Workmans. Leaving Julie alive was life-changing for the wounded. She heard God speaking to her and saying, “Julie! Wake up! You were made for this moment.” And with a bullet wound to her chest, Julie stood up and began fashioning tourniquets and bandages to stop bleeding and tend to those who had been wounded.

A Marine, Gunny Macias, comforted a crying 7-year-old by singing “Jesus Loves Me.” Zach Poston, a high school senior at the time, witnessed all of this and decided right then and there to enlist in the Marines. His grandmother had sacrificed her own life by covering his body with hers.

Meanwhile, Willeford was just getting started. He shot Kelley six times, but the tactical gear did its job, leaving the shooter wounded but not dead. Kelley ran to his truck and took off. Now what to do?

At the stoplight, a truck sat with a stranger inside. Willeford ran up to him and told him they had to chase the shooter. The police still hadn’t arrived, and Willeford was not about to let him get away. “Johnnie Langendorff, the driver, didn’t know me from Adam,” Willeford said, “but he never hesitated; he just said, ‘Let’s go.’ God put the right person exactly where he needed to be.”

Johnnie punched the pedal and hit 95 MPH until Kelley was back in their sights. Willeford only had two rounds left and was worried, but at those speeds, Kelley lost control of his car, left the road, and ended up in a ditch. As Kelley’s truck settled, Willeford assumed shooting stance. It was then the police arrived.

As Willeford stepped outside of his truck, his bare feet hit the pavement. It was 97 degrees and Willeford was aware of his burning feet for the first time. While the police blocked the road and waited for movement from the truck, Kelley ended his life with a shot to the head. He had left 27 dead, including children, and had wounded another 20.

But it was God whose message came through to Willeford and many others that day. “When God calls, answer the call.” It is the recurring theme when Willeford speaks now about his experience and what he learned from it. Willeford is convinced that the people who were there that day were all there for a reason. Aside from Gunny, Julie, and Johnnie, he mentions Hank Fahnert, the first officer on the scene. Hank had used his own money to purchase trauma kits for the community, and they were in his car when he pulled up to the scene. He was able to use those very kits to save lives that day. 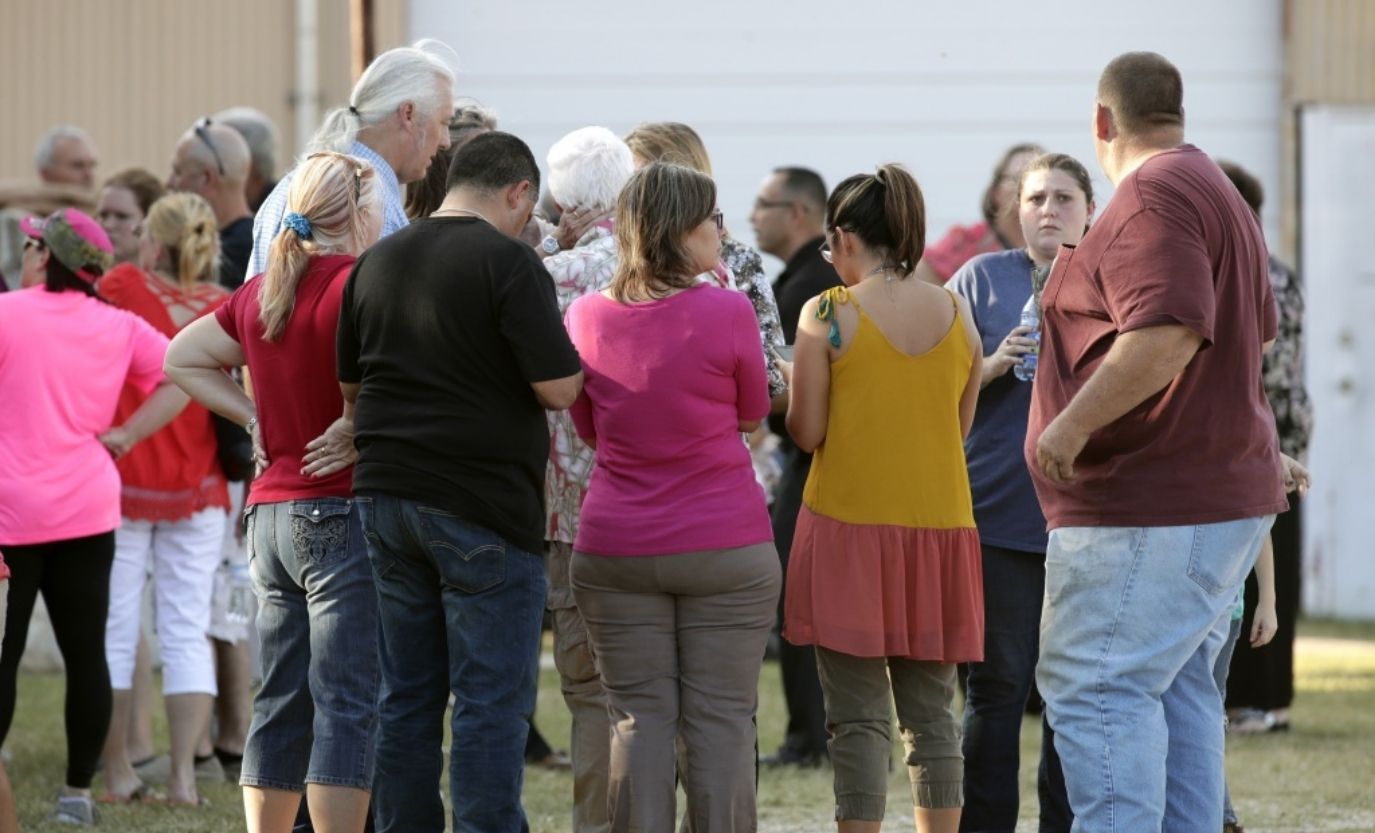 University Hospital, where the wounded were later treated, just happened to be having an active shooter drill that day – the very day the active shooter came to town. As a result, all of their operating rooms were up and running and ready to serve. Willeford does not see that as a coincidence, but God’s hand in saving many from the massacre.

“You KNOW when God talks to you,” he explained. “I was trained for that moment, and by that I mean that I actually trained in how to shoot when dealing with body armor. How many people have trained for that? But despite all of that, it was my first time with a gun pointed at me. And God clearly said, ‘Don’t worry about it.’ So I listened.”

Willeford now has a ministry talking about the tragedy and God’s still, clear voice in the middle of the madness. His story has been made into a documentary called Miracle on 4th Street, which debuts Friday in New Braunfels theaters. He hopes it will convey the message that the Holy Spirit was there that day.

“Evil came to Sutherland Springs that day,” he said. “And the Holy Spirit called out the demon inside the church.”

His community agrees. In a town of 600, where only 49 people attended First Baptist Church at the time of the shooting, church membership has grown to 200.

Does the Bible Condone Slavery?

Where the Church is Heading