On Wednesday, January 9, 2021, over one million Trump supporters gathered in our nation’s capital to protest what many saw to be a fraudulent election. Shortly after the President’s speech, the capital building was swarmed and immediately the mainstream media pounced on the opportunity and called President Trump a poison that needed to be removed. Even many Trump allies in the GOP abandoned him.

After hearing how Washington DC was in the midst of a riot, I started watching videos of everything that transpired that day, and I did not notice the building going up in flames. Nor did I notice cars burning and graffiti spray-painted on all the monuments. From the description I heard from the media, I totally expected to see Washington DC in flames and burnt to the ground.

While we at Katy Christian Magazine never condone violence and we strongly condemn violent behaviour of any kind, we would be amiss to not notice the double standard in the way the mainstream media has portrayed this.

Where was your outrage when in June of last year when much of Washington DC burned rioters led by Antifa and Black Lives Matter were out of control and a church across the street from The White House was burned to the ground? Not once did the mainstream media condemn what was happening, nor did they once criticize any Democrat leader for not standing up to the mob. In fact, the Capital Police were told to “stand down.”

Where was your outrage when in late-summer Kenosha, WI similar riots where much of Kenosha was also burned to the ground? Once again, the police were told to “stand down” while countless small businesses lost everything they had. Once again, the mainstream media would not condemn what was happening, nor once would they criticize any Democrat leader for not standing up to the mob.

Where was your outrage when for much of 2020, Minneapolis, MN, experienced prolonged riots and much of the city burned? Over $500 million (the second most expensive riots behind the Los Angeles riots of 1992) of damaged occurred, and once again, crickets from the mainstream media and no condemnation of the rioters and again not one Democrat leader disavowed actions committed by the usual perpetrators Antifa and Black Lives Matter. 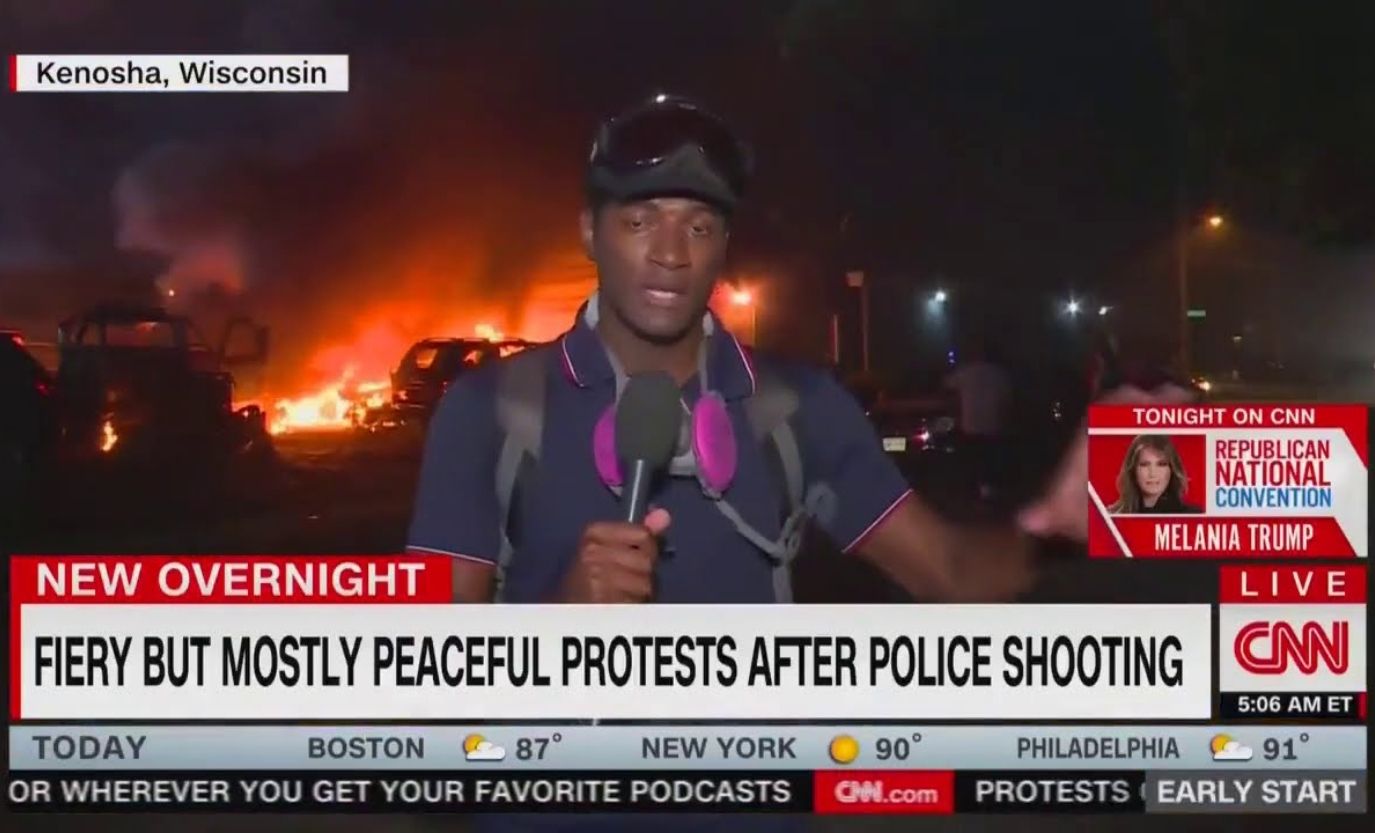 Where was your outrage when riots started to occur in Portland, OR last spring and continue to this day? Yet the mainstream media is eerily silent on these as well. What about the riots in New York City, Seattle, Atlanta, Chicago, etc., that occurred last year that not once has the media condemned and as always the anarchist groups Antifa and BLM were behind?

Where was your outrage when ABC News Political Director Rick Klein just this week called for “The cleansing of the Trump movement and his supporters?” That sounds uncannily similar to what Adolph Hitler referred to as, “The Final Solution,” but that is another article for another day.

Where was your outrage when many prominent Democrat leaders made these statements? Remember these?

“There will be blood in the streets.” -Loretta Lynch

“Who says protests have to be peaceful?” -Chris Cuomo

“There needs to be unrest in the streets.” -Ayanna Pressley

“Protestors should not let up.” -Kamala Harris

“I just don’t know why they’re not uprisings all over the country. Maybe there should be.” -Nancy Pelosi ”

You get out and create a crowd and you push back on them and you tell them they are not welcome anymore, anywhere.” -Maxine Waters

But as always, there is a double standard on matters such as these, and it is the media that determines what the public is allowed, or not allowed, to be angry about.

Local Contests Introduce Young People to the Pro-Life Cause