By August 2017, leadership in the State of Israel was journeying with the Trump team in the ambitious drive to ink diplomatic agreements with the Emirates. “Impossible,” insisted backroom naysayers in carryover teams still enamored of the Obama era. “Only the Democrats can win Muslim favor. Only the Democrats build peace.” For your information, they don’t. Fascist Iran and ISIL thrived between 2008 and 2017. That is favor alright, but not peace.

Blessed are the peacemakers, but this doctrine seemed lost on those who wanted to deny the vilified, maligned and embattled president his chance to pry open the shut box that is the Palestinian quagmire. To resolve the confusion that is Palestine, he could not let it fester. The moral caliber of this man pushed him to tackle this issue in our time.

When Jesus, a Jew, approached a Samaritan lady and taught her, his core lesson was, “Choose life, and live!” This central message is drummed into the reader at every critical juncture of scripture. Life and light, death and darkness. The dichotomy is obvious. “As for me and my house, we shall serve the Lord.” “Choose this day whom you will serve.”

Samaritan faith was an offshoot of Judaism, and not centered on Mt. Zion, and Jesus did start off with his patriotism. He emphasized his Judah, his Israel, his Zion, indeed his affiliation. But the woman of Samaria was undeterred and wanted to seize this prize called life. She very quickly got what she wanted.

BUILDING LIFE IN THE MIDDLE EAST

While Democrats were hard at work negating life, denying life and dragging a bemused Russian Federation with geopolitical problems of its own into the ditch over Mrs. Clinton’s results at the ballot box, the Trump team went full steam ahead, fortifying Zion and building life in her name and life for her sake. The leader of the free world wanted dignity for Zion’s sake and he wanted it immediately.

True to the Lincolnian tradition that there could not be two countries in one country, President Trump recognized Jerusalem as the capital of Israel, and technically founded the American embassy there. Adding the Emirates and Bahrain as friends, and very cautiously of course, was important. He offered, “Choose life, choose Israel, and prosper!” and they gingerly agreed.

It was not easy for these Arab states to make their transition to recognizing the existence of Israel. Only a third of the Emirates is Emirati, and most Arabs in that country have been raised to hate Israel with clear, logical reasoning.

Across the Atlantic, the Democrats came forth with logic and reason too—the same twisted sort that called evil good, and good evil, that put darkness for light, and light for darkness; that put bitter for sweet, and sweet for bitter (Isaiah 5:20). President Trump was called out as a troublemaker, an enemy of Arab Palestinian rights, an occupier and a fascist.

The habit of saying good is evil, is terrible enough. What hurts even more is when evil is deemed good. (The very idea of starting life and then ending it, and pretending it’s alright because stacks of legalese say so, lies at the heart of recreational abortion. What forfeited the child’s right to life, I wonder? The darling must’ve been a serial murderer or wanton terrorist.) 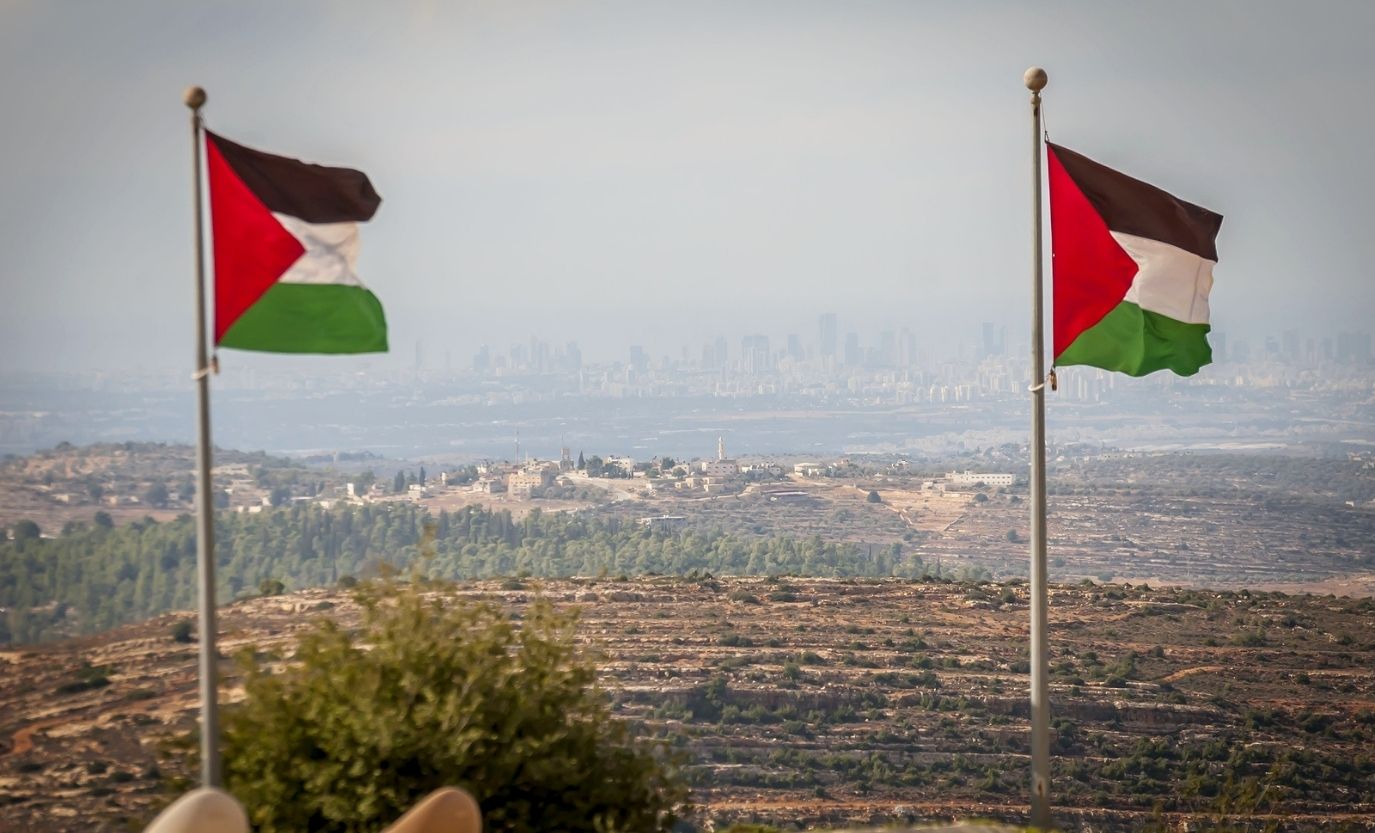 The Palestinian confusion that dupes many Americans into leftist advocacy persists solely on the premise that the Arabs deserve sovereignty over all the Levant. Yes, the whole Levant. So that the Galilee, the Negev and Jerusalem are awarded as Arab and Islamic possessions. How is that conscionable? But the billions of dollars that back Palestine as an alternative country to replace Israel speak for themselves. The idea of an Arab Palestine is an attractive one, strange and wild as it is.

Remember why sensible voices all around the world opposed the existence of the Soviet Union? This was because the Soviet Union was an aberration—and a violent, unruly and atheistic one at that. The hope for seven decades was for a restoration of Russia. For Russia to come back into being. Post-1991, Christianity in the Russian homeland has seen a resurgence and large-scale governmental approval. This miracle is happening, only because no sane person wants the Soviet Union to exist.

Israel and Palestine are two names for the same place, like how Russia and the Soviet Union referred to the same space. But as international relations come of age, only truth can prevail.

The Soviet Union was a dark and dangerous experiment. So is Palestine. Pro-Palestinian scholars, like the pro-Soviet academics before them, argue for the survival of a fiction. The USSR had been foisted as an atheistic construct upon an innocent Russia. The Soviet lie simply could not last.

In like manner, Palestine—that Roman imperial idea, that cunningly romanticized Latin terminology, now one part Fatah and Hamas, one part pan-Arab colonialism and a chunk of radical Islamism, cyberterror, drug trade, money laundering and dark-web coordinated global crime crowning it as a cherry on top—such is a nation that isn’t a nation. It is a lie. There is no hope for a good life in this mess, and the Emirates and Bahrain comprehend this.

Palestine is merely a secessionist movement, a separatist agenda; Lincoln would have noticed, and Trump understands this. He has supplied zero recognition for Palestine. It is neither state, province nor country. Anyone with an inkling of the President’s accomplishments—and what they represent for the forward history of the world—will feel devastated by his exit come January 2021, for here is a good man spurned by his foes, those folks who call good evil, and evil good, and prefer death and darkness, instead of light and life.