I can still see it, all these years later. I was in my Brownie uniform, a brand new little Girl-Scout-to-be, so proud to don the signature brown skirt and blue blouse. My biggest goal in life to was to fill my empty sash with badges that represented honor, dignity, hard work, and accomplishment.

I loved every minute of earning those badges – now that I think about it, they probably played a huge part in contributing to my Type-A personality. And thank God they did, because the Girl Scouts taught me many of the values I hold close to my heart today. Self-sufficiency, dedication to your goals, concern for others, giving back to your community – these were all instilled in me by an organization that empowers little girls to become whatever they want to be.

So imagine my disappointment when the Girl Scouts organization made the decision to delete a tweet simply because a few people complained about it. And the tweet they pulled wasn’t offensive to any group or inappropriate in any way. It was a congratulatory post about a woman who is everything the Girls Scouts teaches young girls to aspire to be.

When Amy Coney Barrett was appointed to the Supreme Court, the Girl Scout Organization tweeted the following:

Congratulations Amy Coney Barrett on becoming the fifth woman appointed to the Supreme Court since its inception in 1789.

The post included a picture of all five women who had been appointed and a clapping hands emoji. 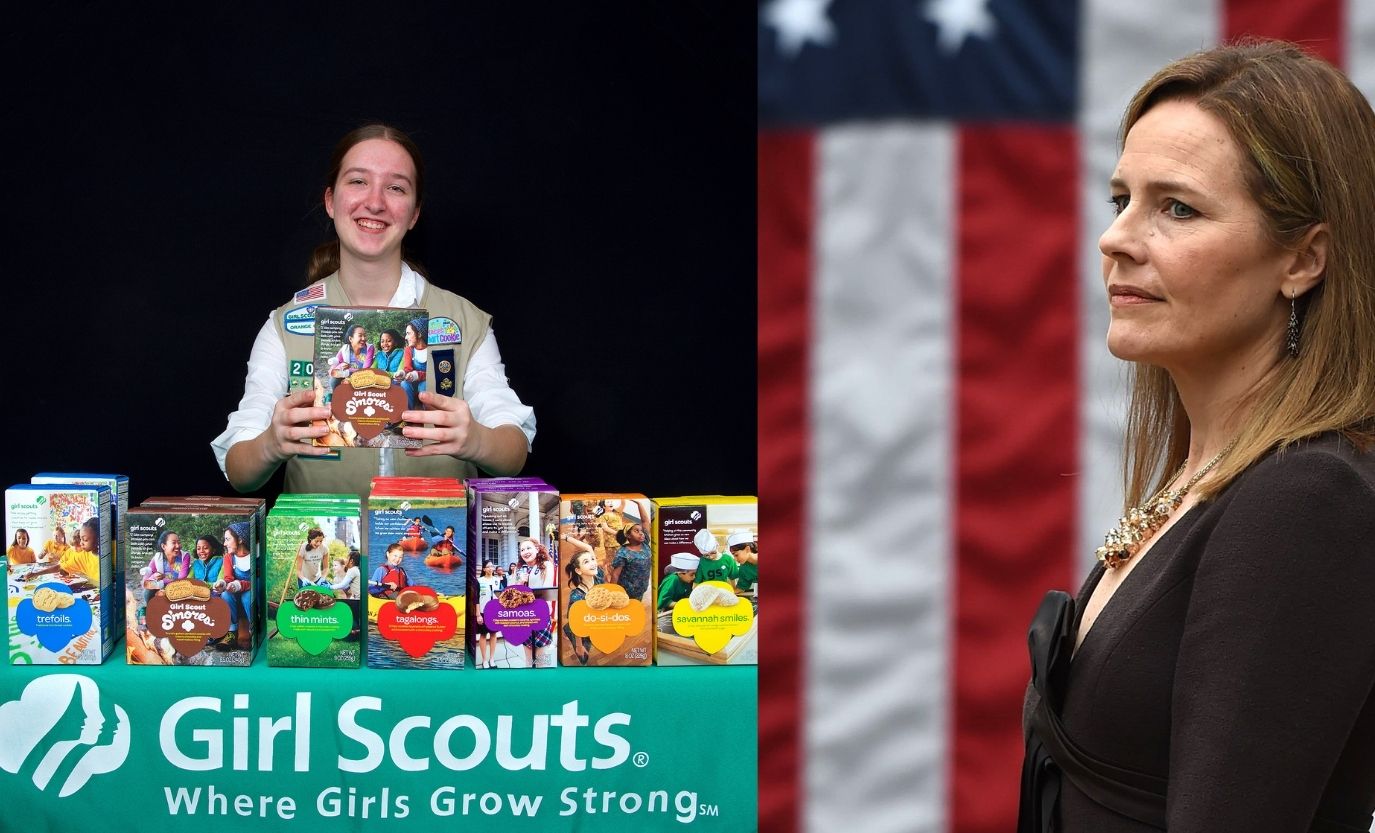 Like all social media postings, this one had its supporters and its detractors. Some retweeted the post with comments such as “Barrett is no champion of women and she is a second amendment shill. I am livid that you would post this.” Because Barrett is pro-life and refers to herself as a Constitutionalist, some on the political spectrum objected to her nomination. They chose to take it out on the Girl Scouts, an organization that has done nothing but promote women since its inception.

Folding under the pressure of a few negative comments, the Girl Scouts deleted the tweet and posted the following message in its place:

Earlier today, we shared a post highlighting the five women who have been appointed to the Supreme Court. It was quickly viewed as a political and partisan statement which was not our intent and we have removed the post.

Girl Scouts of the USA is a nonpolitical, nonpartisan organization. We are neither red nor blue, but Girl Scout GREEN. We are here to lift up girls and women.

As a Girl Scout who went all the way to Senior Scout – the equivalent of the Boy Scout’s Eagle Scout – I’m not sure I still agree with that last statement. If you are here to lift up girls and women, that means ALL women of accomplishment, regardless of political affiliation.

A crucial item to note in understanding this controversy is that on January 20, 2017, the Girl Scouts tweeted

Thank you for continuing to lead @HillaryClinton. Never stop believing!

I’m here today to honor our democracy and its enduring values. I will never stop believing in our country and its future. #inauguration.

I’m not ready to boycott the cookies I sold for all those years as an ambitious Girl Scout, but this has definitely made me look at the Girl Scouts in a new way that makes me very, very sad.

They are right about one thing – they should be nonpolitical and nonpartisan. That means congratulate ALL women who empower young girls to become Supreme Court Justices, Senators, business owners, lawyers, doctors, stay-at-home moms, and volunteers. Because what these women give to the world is way bigger than their politics.

The Girl Scouts, of any organization, should know that.

If One Part Hurts, We All Hurt

Stunning Revelation: US Ballots Counted in Germany and Spain by Venezuelan Company