With fall comes cooler weather, pumpkins, hayrides, and the annual celebration of Thanksgiving. From the History Channel we find the synopsis:

In 1621, the Plymouth colonists and Wampanoag Indians shared an autumn harvest feast that is acknowledged today as one of the first Thanksgiving celebrations in the colonies. For more than two centuries, days of thanksgiving were celebrated by individual colonies and states. It was not until 1863, in the midst of the Civil War, that President Abraham Lincoln proclaimed a national Thanksgiving Day to be held each November.

It’s hard to believe that this little glimpse into history dates back nearly 400 years. We fondly refer to these “Plymouth colonists” as Pilgrims, people who traveled from England to escape religious persecution. But the gruesome details of their journey is often forgotten. In honor of this Thanksgiving, we remember the sacrifices of these brave souls. They yearned so deeply to practice their faith that for 66 days they braved the Atlantic Ocean. The winter that awaited them in Massachusetts was so extreme that most stayed on the Mayflower and suffered from scurvy and disease. Half of the original passengers died before springtime of exposure and illness.

That March they left the Mayflower and were visited by an Abanaki Indian who spoke English. He brought to them the Pawtuxet Native American, Squanto, who had been kidnapped by an English sea captain, sold into slavery, escaped to London, and returned home. It was Squanto who taught the malnourished Pilgrims how to grow corn, catch fish and make maple syrup. He also brokered a friendship between them and the Wampanoag tribe, which led to that first Thanksgiving celebration. But he also remained a friend to the Pilgrims for 50 years, which is one of the most unusual and rare alliances in history, which was otherwise marred by tense and often bloody relations between the American Indians and the European settlers.

Governor William Bradford is typically credited for the first Thanksgiving. He invited the Wampanoag chief and other friends for a three-day feast, and they contributed five deer. We are not sure if turkeys were involved, but we do know that Governor Bradford sent men to go fowling. We also know that pies or cakes were not included, because supplies of sugar had been used up aboard the Mayflower. The desserts (and perhaps turkey) we enjoy today does not accurately reflect that original celebration. In fact, some point back to Europe to thanksgiving festivals or even earlier explorers for the thanks they gave for safe passage. 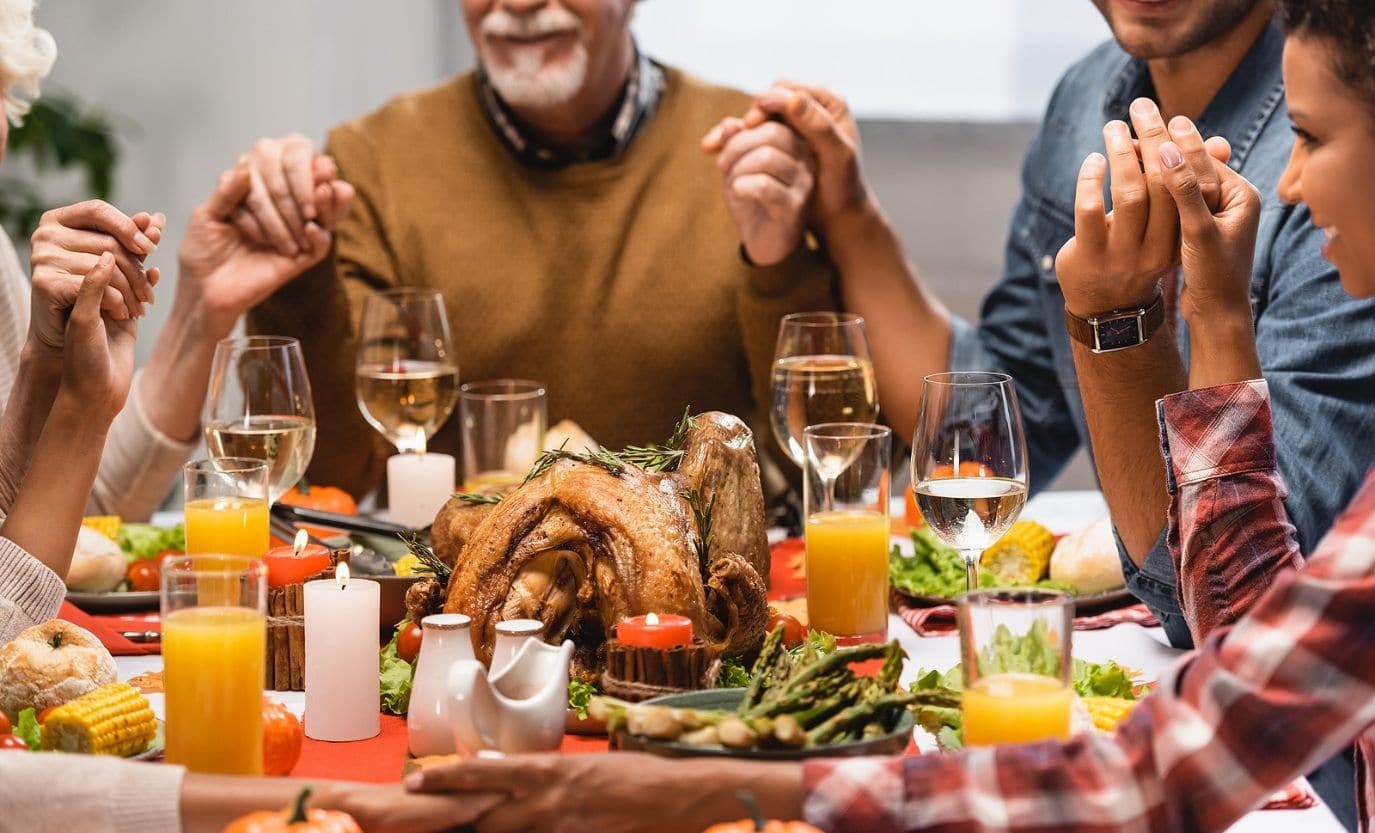 According to James W. Baker, Senior Historian at Plymouth Plantation, “The reason that we have so many myths associated with Thanksgiving is that it is an invented tradition. It doesn’t originate in any one event. It is based on the New England puritan Thanksgiving, which is a religious Thanksgiving, and the traditional harvest celebrations of England and New England and maybe other ideas like commemorating the pilgrims. All of these have been gathered together and transformed into something different from the original parts.”

But one thing is certain. The gratitude expressed across our nation every Thanksgiving is a tribute to God and a reflection of our Christian roots and foundation. Although some non-Christians may prefer this tradition be secularized, believers in Christ cherish Thanksgiving as a religious event — a holiday that is actually a “holy day.”

We at Katy Christian Magazine hope you enjoy Thanksgiving. Bless you as you spend time with your loved ones, and may we always give thanks for our faith, our nation, and our Christian heritage.

How should Christians Cope With Toxic Family Members Over The Holidays?

Restoring Honor and Dignity to Women and Children of Rape Conception