The marriage of vivid illustrations and reflective prayer is a beautiful thing, and author and painter Sharon Collins captures both in her debut book, Becoming His Masterpiece. From her home in Houston, Collins began painting at the age of 67 and discovered that God had given her a gift to be used to His glory. Her journey from a career in business down a very different creative path led to a book deal and an opportunity for readers to draw closer to God through her collection of devotionals. Collins shared her inspirational journey with me, and her story is a testament to the power of God.

Q1. Your book, Becoming His Masterpiece, is a bit different from many devotional books since you pair each devotional with an abstract painting.  How did you come up with this approach?

A1. I didn’t really come up with the approach; it was God’s idea. He first started planting the seeds for devotionals/art pairings about three years ago.  At the time I had zero aspirations to be an author or an artist, so I am certain the idea came from Him and not from me!

Q2. What kind of seeds did God use to move you toward your book’s unique approach?

A2.  God used people to tell me what I should do, and I don’t usually respond very well to people who “should” me. But in the fall of 2017 a friend told me I should take art lessons.  Oddly enough I complied.  About that same time, another friend told me I should write a book of devotionals.  My initial response wasn’t as positive – not interested!  Then in March, 2018, God stepped in and told me to start a website for posting devotionals/painting pairings.

Q3.  Did you feel qualified for this calling?

A3.  Absolutely not!  I had been painting for only 5 months, I had virtually no experience in writing devotionals, and I had absolutely no idea how to build a website.  I thought God had a real sense of humor because there were numerous other reasons that I was an unlikely choice to take on this task.  But I also knew God had a history of selecting unlikely people to do His work.  He often calls first and then He equips the unlikely.

Q4. How did you respond to God’s call?

A4.  The call was so clear and strong, I immediately said yes.  This was a bit uncharacteristic for me as I am not always so compliant!  One of the big lessons I have learned through this journey is the importance of saying yes to His plans. Jeremiah 29:11 talks about the plans He has for us, plans to prosper us.  I have learned in deep and profound ways that when we say yes in obedience to God, our souls begin to prosper and thrive.

Q5.  You said you were an unlikely choice.  How did God equip you?

A5.  A well-meaning friend told me that I needed to have six months of material ready before I launched my website.  I had zero!  In my zero–ness, I had to depend on God to provide me with everything – ideas for painting and devotionals, scriptures to use and even painting techniques.  God taught me that I could not produce anything worthwhile unless I sought His guidance, listened to Him and obeyed. 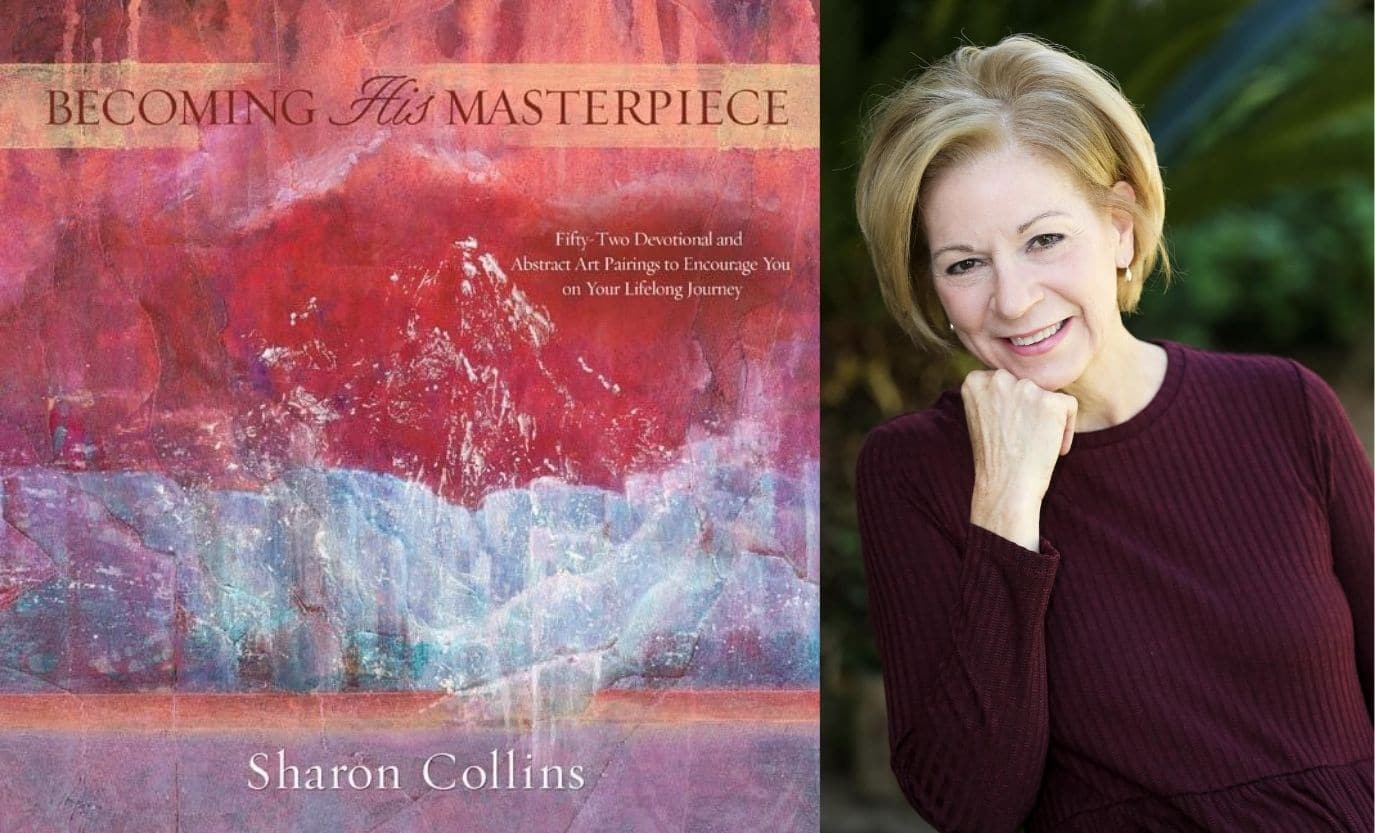 Q6.  How did you take the leap from a website to a book?

A6. It was another “should!”  This time it came from my husband, Ron, who began to tell me, “You should do a book.” My response was, “Absolutely not.”  God had given him a vision that I couldn’t yet see. I finally told Ron I would look into it once I had 52 devotionals done, which took about 14 months.  I then began to do some research on getting published.  Frankly, as an unknown with a tiny social media following, everything I read was very discouraging.

Q.7 So how did you end up with a publisher?

A.7 This is where God really showed off.  I found a site (Christian Book Proposals) which is a repository that enables authors and publishers to connect. I loaded my proposal to the site expecting no response. Amazingly, two days later Deep River Books contacted me.  It was then that I knew God’s plan included a book.

Q.8 Is there a theme that runs through your book?

A.8 Within the overall concept that we are all in the process of becoming His masterpiece, my devotionals tend to focus on the three primary lessons that God has been trying to get through my thick head.  When we consistently seek Him, listen to Him, and obey Him, God’s plans for us begin to be realized.  Although I am far from executing on this perfectly and am nowhere near masterpiece status, I have found that my relationship with Him has grown deeper and sweeter.  I think that is the greatest blessing of all.

Q. 9 How do you want Becoming His Masterpiece to impact your readers?

A. 9 It took me quite a while to figure out why God had called me to this task.  It wasn’t until the fall of 2019 that I began to sense God’s purpose. I was studying 1 & 2 Thessalonians and the apostle Paul’s frequent use of the word “encourage” began to resonate as God’s purpose for this book. It is my prayer that both the words and art in Becoming His Masterpiece will be a source of encouragement for my readers.

Becoming His Masterpiece drops on October 29 and is currently available for pre-order on Amazon, Barnes & Noble, ChristianBooks, and Cokesbury. It can also be purchased locally at Blue Willow Bookshop. To learn more about the book and preview some of the devotionals and artwork, go to becominghismasterpiece.com/book/.