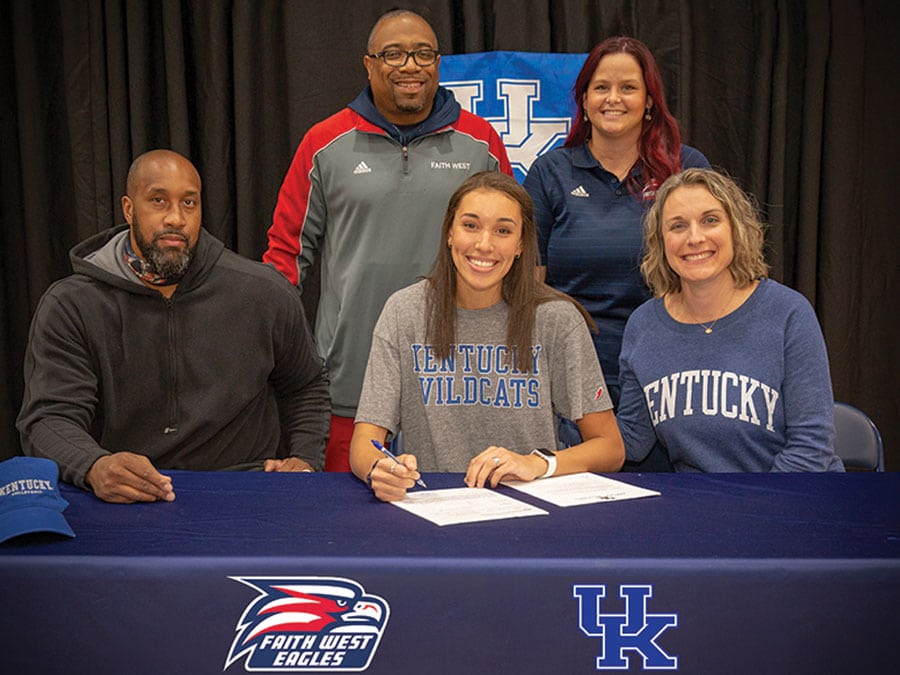 Madisen Skinner, a senior at Faith West Academy (FWA), signed a letter of intent to the University of Kentucky.  Skinner will be joining the highly competitive SEC Division I Wildcat Women’s Volleyball Program in the fall of 2020. Madisen, middle blocker and outside hitter, helped lead the FWA Eagles to 1st Place in TAPPS District 7/ 4-A, winning Gold at Livingston Christian in Alvin, and placing 3rd in the McKinney Christian Academy Tournament.

Prior to heading to Lexington in fall of 2020, Madisen will continue to refine her game through practice at her home court at Houston Skyline Junior Club, under the tutelage of Kalani Rose and the coaching of FWA Coach Dana Bass.

Skinner was the second player to be recruited in the nation and signed by one of the top colleges or universities. When asked why she selected UK as college of choice she quickly responded; “The coaching staff and the campus atmosphere.” The coaching staff at University of Kentucky, under Craig Skinner (no relation), took the Lady Wildcats to Southeastern Conference Champs.  Madisen will pursue a degree in Health, Society, & Population (social science based approaches to understanding health outcomes and inequalities). Sports Medicine is an interest she has in furthering her education.

Madisen is the daughter of Brian and Rebecca Skinner of Katy.