“Elections have consequences” then President Barrack Obama told Republican leaders, and “I won.” While he has not said it, President Donald Trump could certainly say the same thing. As we watch the resistance movement, also known as the Democratic Party and the liberal media, make ridiculous claims about the end of civilization because the President has nominating a Justice to the Supreme Court, let’s step back and think about this.
There is nothing civil about the way liberals are acting. Whether it is heckling Administration Officials while they eat dinner, protesting at the homes of government officials or an unhinged congresswoman inciting personal violence, this is dangerous to the country. It has a name too. Trump Derangement Syndrome. We do not hear Democratic leaders discouraging this irrational behavior, some encourage it. That is sad. Even worse, the liberal media seems to showcase it as if it were normal behavior. It is not.
As this “mob mentality” increases it will lead to violence. It already has. Remember the Republican Congressional baseball team that was assaulted by a deranged gunman who only asked if they were Republicans before opening fire. And if you think it can’t happen to you, just recall the young man at a Whataburger in San Antonio who was attacked for wearing a “Make America Great Again” hat. 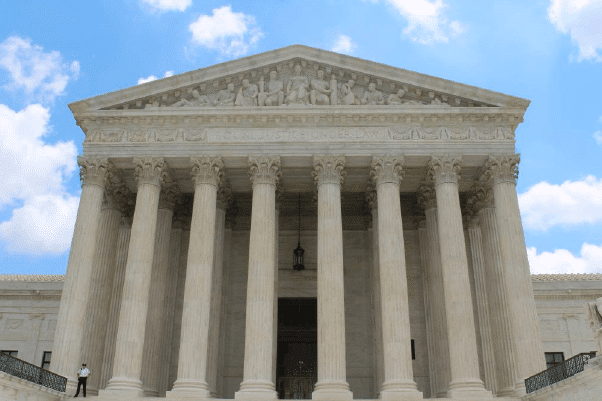 When George W. Bush was running for President the second time, I worked in Pittsburgh, ennsylvania for the campaign. As we walked a blue collar neighborhood I was stunned at the number of people who were voting for Bush but the absence of “Bush for President” yard signs. A common refrain was, “please don’t tell my neighbors I support Bush. I don’t want my house vandalized.”
Having lived in Texas my whole life I knew Democrats and Republicans. We disagreed on politics but were cordial to one another. Being afraid of ones neighbors seemed so foreign to me, so disappointing. Certainly that could never happen in Texas. But now it has. Have your heard any leading Texas Democrat decry the thuggery at the San Antonio Whataburger? I haven’t either.
Conservatives-those of us who go to work every day, pay our bills and pay our taxes are tired of politicians who lie to us (“If you like your Doctor you can keep your doctor.”) We are frustrated with a government that grows regardless of the economy. We are discouraged by elected officials who ignore our opinions. We have had it with politicians who buy votes with giveaways paid for with our taxes. Conservatives are fed up. I am reminded of the quote attributed to Admiral Yamamoto, “I fear all we have done is awaken a sleeping giant and fill him with a terrible resolve.”

I hope Conservatives across this country wake up. I am afraid for the future of our country if conservatives fail to educate our young and our friends about the dangers of incivility and the importance of respect. We must teach our children that, though you may disagree with a person’s views, you must still respect their right to express them. Everyone who disagrees with President Obama is not a racist. Everyone who believes in traditional marriage is not a bigot. Tolerance is a virtue liberals seem to lack.