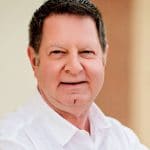 I resent what a few high-level employees of the Federal Bureau of Investigation and Department of Justice, who believe they know better than the people of this Republic, have done to harm the reputation of their own agencies. To de-legitimize the Trump election James Comey illegally leaked confidential information to orchestrate an Independent Counsel and get his friend appointed to that job. He has suffered no consequence for his action. Why? I’m angry about what one political party has done to keep the President we elected from doing the job we elected him to do. They are slow walking all of President Trump’s appointments that require Senate Confirmation for no reason other than stopping his administration. I’m frustrated that the liberal media refuses to report the promises  our President has kept since taking office. They won’t even acknowledge his accomplishments. I feel pity for people who cannot or will not think for themselves. These people watch the breathless anti-Trump reporting of the liberal media or the professional victims to blindly determine what they should be offended by each day. I’m sad for the high school and college students who have endured the relentless indoctrination of political correctness. I am so glad I had Mr. Smith in high school who taught us about government and more important not what to think but how to think. And I never had a clue to his political beliefs. That is a real teacher!

I’m disappointed in conservatives who think for themselves but do nothing about it. They don’t care enough to vote or get involved in campaigns to reduce the size, cost and footprint of our ever-growing government. This column went to press before the May 22nd Run-Off Election, so I can’t tell you how many people cared enough to vote but if history is any guide the turnout will have been abysmal. I’m afraid for the young people who are coddled by their parents. We should love our children, but we should make them self-reliant. “My child couldn’t have done that” is a familiar refrain at schools today. Doing the banking for your grown child is doing them no favor. They need to take responsibility for themselves. There is a war going on in this country. A full-blown frontal assault against family, faith and justice. Call it political correctness, progressivism or any other name. If these people disagree with you they don’t debate you, they try to shut you down. They will deny you the right to be heard. It is time we all stand up for our rights. We can start by talking to our children. Explain to them why they should consider consequence over convenience. Why they should think long term over impulse. If you want to leave your children a world of free speech, of rights, we must teach them the value of that free speech. It may seem to them fun or even effective to walk out of or drown out speech they disagree with but what happens when it is their speech that gets drown out?

Ask them how they would feel if they lived in a country with no free speech? There are no “safe spaces” in life. Better they learn that now then when they are on their own.