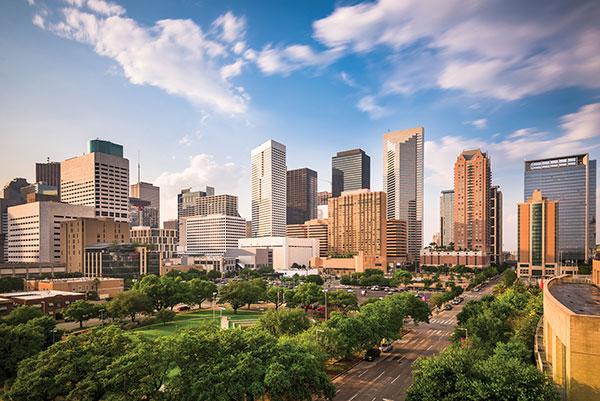 We evacuated our home last month. I left first with the three kids, mostly because the idea of being trapped in a house with three small children without water and power for days sounded like a death sentence. For everyone. My husband followed shortly thereafter, once we realized just how long we might be apart.

So for days, we just sat at my in-laws’ house and watched the news on a nearly continuous loop, praying for who and what we left behind.

As I watched one night, I saw a group of people huddled together on a highway overpass, the only place in the area not underwater, after being ferried by boat from their drowning homes. They held hands in a circle, hugged, and talked about things like survival and gratitude and bravery and the goodness of people.

The rain was still pouring down. The scene transitioned to a new one, this time showing an ariel view of downtown Houston which looked like something out of an apocalyptic movie, the next one shot from a boat floating through a neighborhood of homes with water up to their roofs. I stared at the screen. This is heartbreaking stuff, I thought. How do you even make sense of it or explain it?

I know that “God works in all things for the good of those who love him,” but it is so hard to find the good here.

Maybe, we can start with that group of people holding hands.

It’s a stark contrast to the month before, isn’t it, when the news was full of marching torches and we felt a thick line being drawn between white and black and light and dark. 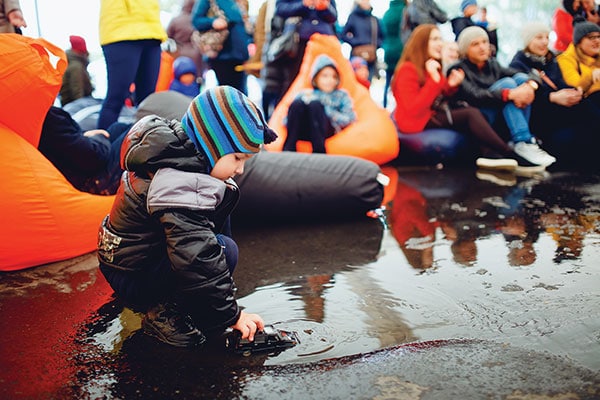 But then a flood came to one of the most diverse cities in the world. It didn’t care whether you were white or black, Asian or Hispanic, rich or poor, educated or uneducated, citizen or immigrant. It forced itself into homes and drove out its owners. The rising waters proved to be the great equalizer, no one immune to their fury.

I watched that group huddled together on a bridge holding hands of every shade, some rough and calloused, others smooth and manicured. There was a long list of differences between all of them, none of which mattered in that moment because they were alive. They no longer had homes or titles or material possessions to hinder them from just being human. Tears sat in their eyes. Their grip snugly, fiercely, enveloped that of their neighbor.

Where headlines had just been filled with hate and division, they were suddenly of people literally risking their lives for others without concern for their own safety. And without concern for the color of another man’s skin. Because when we are stripped down to the basics, when we are forced out of our barely-desegregated neighborhoods, we find we are all just trying to survive, and even LIVE. And we need each other.

When these things happen, we always wonder, “Why?” And I think that’s okay. But I also think there’s another question equally, if not more, important: “What now?” 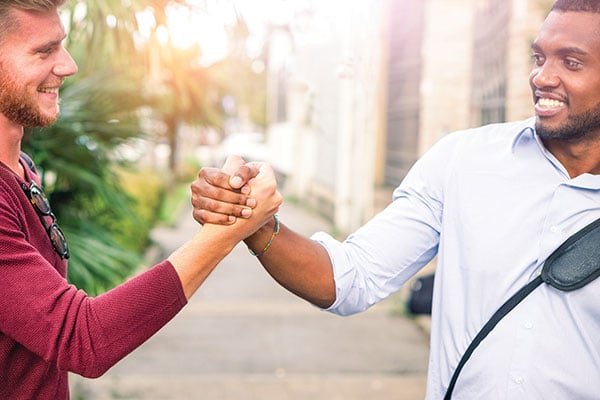 What do we do now?

We find ways to help. We give money, support, encouragement, time, resources. We love our neighbor, that neighbor we might not have known if it weren’t for tragedy, in real, tangible ways. We join hands with strangers and pray for a hurting people. We look for the helpers and tell them thank you. We find glimpses of God’s sovereignty and point those out to our children, reminding them of the words in John 16:33, “In this world you will have trouble. But take heart! For I have overcome the world.”

What do we know now?

People are good. So many people are really, really good. The bad does not outweigh the good, it’s just louder. Our faith in humanity doesn’t have to be tossed in the garbage bin. We know that God is in all and through all. We know that good comes out of bad. We know that faith comes of out weakness, that we can count on the Lord even when it feels like we can’t see him. Because eventually, we will. He is faithful.

Jordan and her husband Clark live in Sealy, TX with their three kids, ages 4, 3, and 1. She is a teacher turned stay-at-home-mom and attempts to blog on the blessed occasion that all three kids’ naps align. For stories that will make you feel better about yourself, visit her blog at jordanharrell.com.