Many Americans are frustrated by the slow pace in Washington. We elected Republican majorities in the House and Senate and a Republican President because this nation so desperately needs change.  The liberal media has made much of the fact that the current administration, in the first six months of its term has not “repealed and replaced” the job killing Obamacare and rewritten the tax code. Those promises, therefore, were “lies.”  They don’t want the Trump administration to succeed so they aren’t telling you that the Democratic Party, in its inexorable move to socialism, class warfare and identity-politics, has ceased to be a “loyal opposition” and has become the party of resistance, even though it hurts the very Americans they claim to want to help. 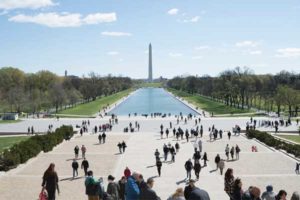 No one dislikes the staggering premiums or the breathtaking deductibles Obamacare has wrought more than I do.  I feel for my employees who have insurance but cannot afford to use it.  The Democrats created this monster by forcing it down our throats without discussion, debate or even letting us read it.  It is now failing in a most dramatic fashion with one third of all counties in the US having only one health insurance provider.  No competition means higher premiums and deductibles.

As of this writing the Senate has approved only 46 of the 178 appointees Trump has submitted to the Senate.  By this time in his first term Obama had 183 confirmed.   Our government agencies are, by and large, run by Obama appointees and the Senate Democrats are using parliamentary games to stop or slow the appointments process.

The liberal media also won’t tell you about the regulations the Obama administration put in place without Congressional input, without legally required public comment and without concern for the jobs, industries and lives those regulations destroyed. 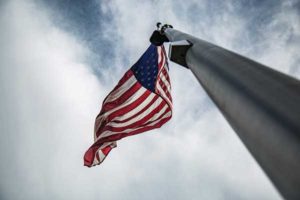 Our previous President bragged he would rule with “a phone and a pen” while our current President wants to use the Constitution and Congress.  The way it was meant to be; messy, slow, open and even painful.  Our forefathers envisioned government that guaranteed the right of minorities to be heard but the majority’s right to govern. Sadly, Congress has transferred much of its authority to Federal agencies rather than make tough choices.  This enabled  President Obama to make sweeping changes by royal fiat.  The courts have already begun to turn back some of the most egregious of those rules and the Trump Administration has begun to roll back many as well.

This might be an appropriate time to educate our young and remind ourselves that governing isn’t instant like Amazon or Uber, and it shouldn’t be.  Government should be slow and deliberate.  Our representatives should consider, think and debate.  They should hear the minority viewpoint and consider their concerns but they should not surrender to the popular or trendy. The majority should rule.  Our constitution starts simply, “We the People.”  The words “elite, East Coast, or Liberal” do not appear yet those of us in “fly-over” country seem to be dismissed and ignored regularly.  We should also remind our children that they will not always get what they want.  Perhaps they should consider that what they want isn’t always what’s best for them. 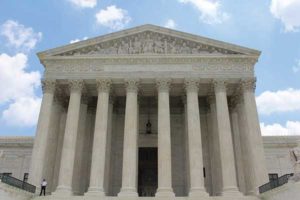 Republicans must fix this Democratic mess but let’s do it the right way.

Gary Gillen owns and operates Gillen Pest Control in Richmond.  He is the only person in history to have served on both the Richmond City Commission and the Rosenberg City Council.  He was the Chairman of the Republican Party of Fort Bend County 2006-2007. He can be reached at Gary@GaryGillen.com