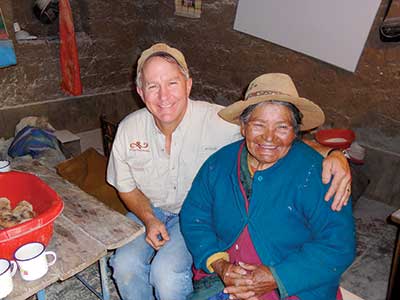 How many of us have stepped outside our comfortable lives to tackle mission work overseas? Stephen W. Dyer is a guy who takes a baseball bat to our stained glass notions of who and what missionaries are and where they come from. His book “Secret Passages of Stevie the Guide” will absolutely rattle the cage and shake up the sleepers on the back row of any church, and even on the street outside.

The book chronicles Steve’s amazing real-life ride from an explorer and storyteller who’s been around the block, down the back alley and across the ocean… for real. The Lord shaped and prepared Steve every step of the way, and now he’s sharing the remarkable and bizarre journey of how it happened, and how you can discover your own remarkable calling.

Steve describes himself as a slow-learning sinner who often plays by his own rules. Biblically illiterate and rarely attending church until he was 37, he, like Jonah, ran away from the Lord. Now he’s an independently funded, faith-based missionary for the Lord Jesus Christ. How did this happen? Who would have thought? 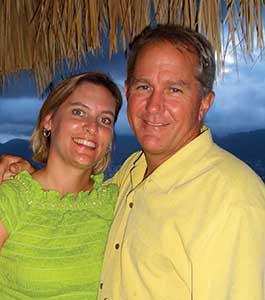 He was just an ordinary guy who spent decades exploring this planet in the oil industry and as a scuba diving and wildlife guide. He was once swallowed by the sea in the Galapagos, stricken with malaria in the Amazon Jungle, and poisoned by the Chinese. He has paid to free a slave in Africa, tangled with monkeys in Indonesia, survived a hurricane in Hawaii, begged for money in Thailand, and landed in a South American prison. His exotic and outrageous global experiences led to the discovery of his God-given mission.

Today he is an adventure guide within the international mission field and mentors others with a heart to serve. He is a captivating public speaker who incorporates his unique blend of world travels, missionary service, and storytelling to encourage and motivate people off the bench and out of neutral.

Traveling the World for Jesus Christ

This book is not so much about missions, as it is about how and why a guy like Steve discovered an extraordinary life in the mission field, and how we can do the same (no matter where we come from).

“The collection of stories sprang from an epiphany I had after about two years serving orphanages,” says Steve. “One day in Cusco, Peru I asked myself: How did I get here and who was I fooling? How in the world did a selfish, sinful guy like me, who was also a lousy Bible student, weasel into this amazing job as a Christian Missionary in South America? How did that happen?”

To answer that question, Steve first began to retrace the steps and lessons that led him to missions. He began to see a pattern of divine preparation in his life and dubbed it “The Lord’s Chess Board.” God had been running moves on him from the very beginning, and Steve realized that through his prior experiences he was ready, willing and able to produce focused and dedicated mission work.

“This book follows me around the world in a series of adventures,” says Steve. He saw firsthand some awesome global geography, but also witnessed poverty, slavery and prostitution. He saw what drugs, alcohol, horrible brutality and cults have done to global societies. He also made mistakes and misjudged people and situations. “And now that I’ve been there and done it, I wrote a book to help others navigate these situations and find joy in their calling,” he adds.

Every Christian, Without Exception

Steve notes that Jesus did not say, “Therefore only pastors, seminary graduates, and highly educated Bible scholars — go.” Rather, he was addressing every believing reader of the Bible. Steve believes that every Christian, without exception, is a missionary — every single one of us.

He cites Matthew 28:18-20: “Then Jesus came to them and said, ‘All authority in heaven and on earth has been given to me. Therefore go and make disciples of all nations, baptizing them in the name of the Father and of the Son and of the Holy Spirit, and teaching them to obey everything I have commanded you. And surely I am with you always, to the very end of the age.”

Since Jesus commanded it, this means we are all designed for it.  Answering the call may not be easy, but worthwhile things seldom are. “Young or old, rich or poor, at home or far away, full time or occasionally…. everyone has a God-given mission,” says Steve. “Find it and discover an incredible and quite extraordinary life!” 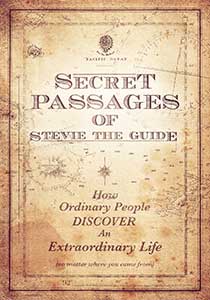 Steve is a collector of antique navigation tools and weaponry, unique crosses, old photographs, rocks, seashells, pocketknives, unusual boxes, vintage books, keys, maps, and other stuff. He admits to being a hoarder of international junk, and his wife Sheri will not argue with that. They have two daughters, Ellie and Martha Anne.

Dyer Family Missions is located in Houston and focuses on the question, “What wakes people up to their God-given mission?” Steve envisions developing a “Missions Base Camp,” — a cool new kind of missionary academy and conference / retreat center with fascinating workshops and the most accomplished and forward thinking instructors of our time. He sees this as a place to develop advanced discussions, publishing, film production and mission strategy. It will also be a home for retiring missionaries, and those resting from their work.

Learn more at www.DyerFamilyMissions.com. You can find “Secret Passages of Stevie the Guide” on Amazon and Barnes & Noble.

Letter From The Publisher in Chief