We can count ourselves among the blessed to practice our faith in America. This freedom is not always evident elsewhere. Persecution is rampant, as reported by Pastor Marcus Rumampuk of Indonesia. He is the chairman of the department Multimedia in Malang and married to wife Sisca. They have three children, Ira, Melisa, Rhesa, who have been raised in the Christian faith (atypical in their region of the world). He shares an update below about the state of Indonesia, plus some facts about the region: 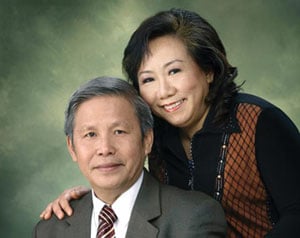 A Letter from Pastor Rumampuk

With Islam as the major religion, other religions (including Christianity) are often treated unfairly by the government and by the majority. It is very difficult to get permission to build a church, and even worse, many church buildings that have existed for years are banned and closed by the authorities or Islam fundamentalist groups. This is why many Christian hold services using public places such as hotels, restaurants, etc., at a high cost. These meeting places are temporary, and new locations have to found periodically.

It is even more difficult to have an open Revival Meeting.  Sometimes the government will give permission to hold a public revival, but the community of the major religion will try to stop it by force. In the midst of this situation, evangelism as the Great Commission of our Lord Jesus is still carried out in Indonesia using different tools and approaches. So far, multimedia ministries via TV, radio, and the Internet are wide open venues to share the Gospel, since there is no prohibition yet from the government. We can preach and evangelize freely via multimedia. 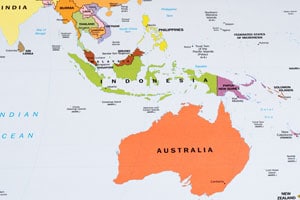 Christians involved in this multimedia ministry have established a foundation called “Yayasan Pekabaran Injil Indonesia Shekinah,” or Shekinah Indonesian Evangelism Foundation, which has established with more than 100 radio stations all over Indonesia as well as several local and national TV stations. The Lord has blessed our ministry by reaching so many new believers through multimedia.

Thanks to our multimedia ministry, we have an effective approach and can reach out to more than 200,000,000 unbelievers who live all over Indonesia. We hope that this article gives you an insight about the spiritual condition in Indonesia, and may you will lift us in your prayer. We are also waiting for people who are called to serve in Indonesia.

Let’s pray for Christian organizations in Indonesia this Christmas season and throughout the new year. You can connect with Pastor Rumampuk at ministriesshekinah@gmail.com, surendo@gmail.com, www.facebook.com/marcusrumand, and at www.gpdi.or.id.