I am actively trying to get the fraudulent Lev LaLev organization to surrender monies and confess its egregious misrepresentations. Their actions of pretending to be an Orphanage are quite shocking. Who dares to do this kind of deceit in a digital age?! Apparently, as the images show, such deceit is still being done in this hashtag century of global maps and abundant selfies. And no wonder, for they did successfully scam me of approximately a quarter million ringgit (USD55,000). This sort of money is something most Asians never get to have in an individual lifetime.

To compare, the Jewish Orthodox Union recently announced a scholarship for ten Jewish women. The total prize money? USD36,000 for all of 2022, to be divvied up among the ten women.

Thankfully a small team of Republicans and Republican Jews have helped to uncover the Lev LaLev scam, and now the game is up for Lev LaLev, which has been filming and taking advantage of the physical campus environment of the Donald Berman House of Hope, Netanya, Israel.

I have asked Lev LaLev to turn the monies over to an American synagogue—a real organization, and quite obviously a Jewish one. Will Lev LaLev the Jewish charity confess its sin and surrender the sums? Will the scammers wake up to their Jewish identity, and begin to think of the Jewish people and Jewish youth, instead of the shady convenience of keeping big bucks for themselves? 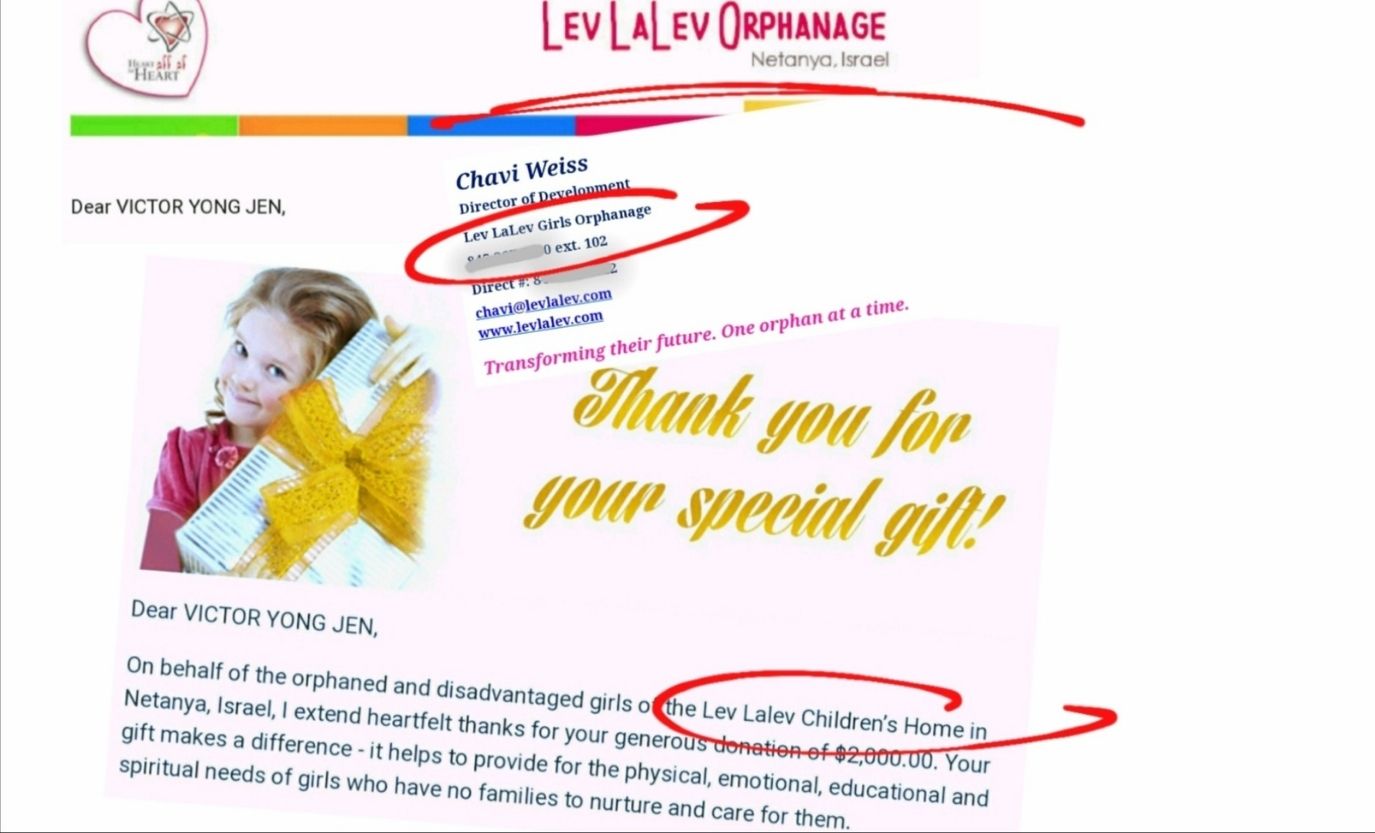 Lev LaLev claims it is an Orphanage and a Children’s Home. These assertions are absolutely false.

THE REPUBLICAN HEART IN THE CHINESE COMMUNITY

My donation of USD55,000 could be lost forever, if Lev LaLev chooses to flee Israel. That thought scares me. It was a waste of rightist-conservative resources to have given to Lev LaLev, regardless of how sleek and beautiful their digital material looked. Their digital portrayals, their talk, and their claims were persuasive but ultimately untruthful. That hurts. It hurts the Ong family deeply.

We saved up, bit by bit, in an arduous trek of time and space. That USD55,000 represents ten years of sweat, toil, and all-round sleep deprivation in the family. We are racially Chinese, classically Chinese, and utterly Republican and pro-Trump; and therefore, our giving represented an investment of Republican heart.

The Chinese are often denounced in Malaysia as Jewish pigs, Jews of the East, ching-chong Jews, and other such monikers. The roots of such racism against Chinese people go all the way back, and exist in the present as well: both the Republic of China and the People’s Republic of China have never had antisemitic leaders. There is no antisemitic Chinese leader in all the annals of history. Indeed, Chinese and Jews were systematically massacred by the Axis (Germany and Japan) in the Second World War, immediately uniting the Chinese and Jews in common suffering.

Radical Islamism and pro-Palestine trends in Malaysia have pushed the Chinese of Malaysia further into proactive support for the Jewish people. Such love and devotion to Israel can manifest in many ways, the simplest being affection for the Old Testament and its Creation and Exodus accounts, and the largest being the sort of giving that the Ong family has done for Zion’s sake. 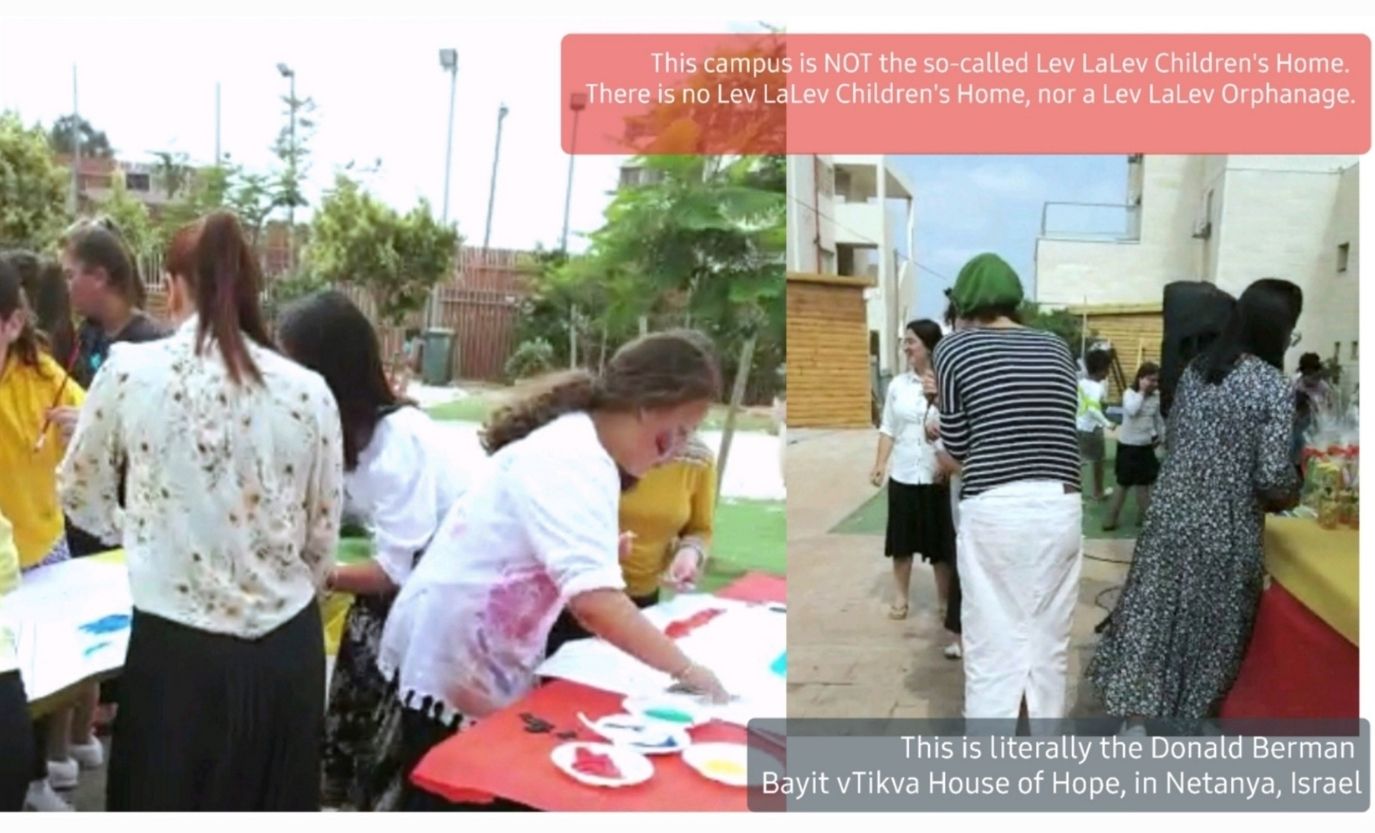 These are the House of Hope girls in Netanya, Israel. These are not Lev LaLev girls, and there is neither a Lev LaLev Girls Orphanage, nor a Lev LaLev Children’s Home, in all of Israel.

The Iranian ethnic group in China, known as the Uyghurs was an important military force in aiding the Communist Party to power, in the 1940s. In 1949, names were created. China’s formal name was unlawfully modified from the Republic of China to the People’s Republic of China. The Uyghurs were given the province of Xiyü, as a neat reward for their efforts in helping leftism win in Beijing. The traditional Chinese name Xiyü was promptly deleted, and the name Xinjiang put in its place for the sake of the Uyghurs.

This is the very same Xinjiang that has become a talking point, and the greatest con of the century.

Billions of dollars were spent by the Arab Palestine movement, Erdogan’s AK Party in Turkey, and Democrats in America, all just to try and build an East Turkestan Uyghur republic in Xinjiang. For four decades it was Democrats and Libertarians, big abortion-believers, who championed the idea of a Uyghur republic. They found themselves in a quarrel with Communists. But all was well, for it was merely a fight within leftism: a kind of Hillary versus Sanders, if you will. 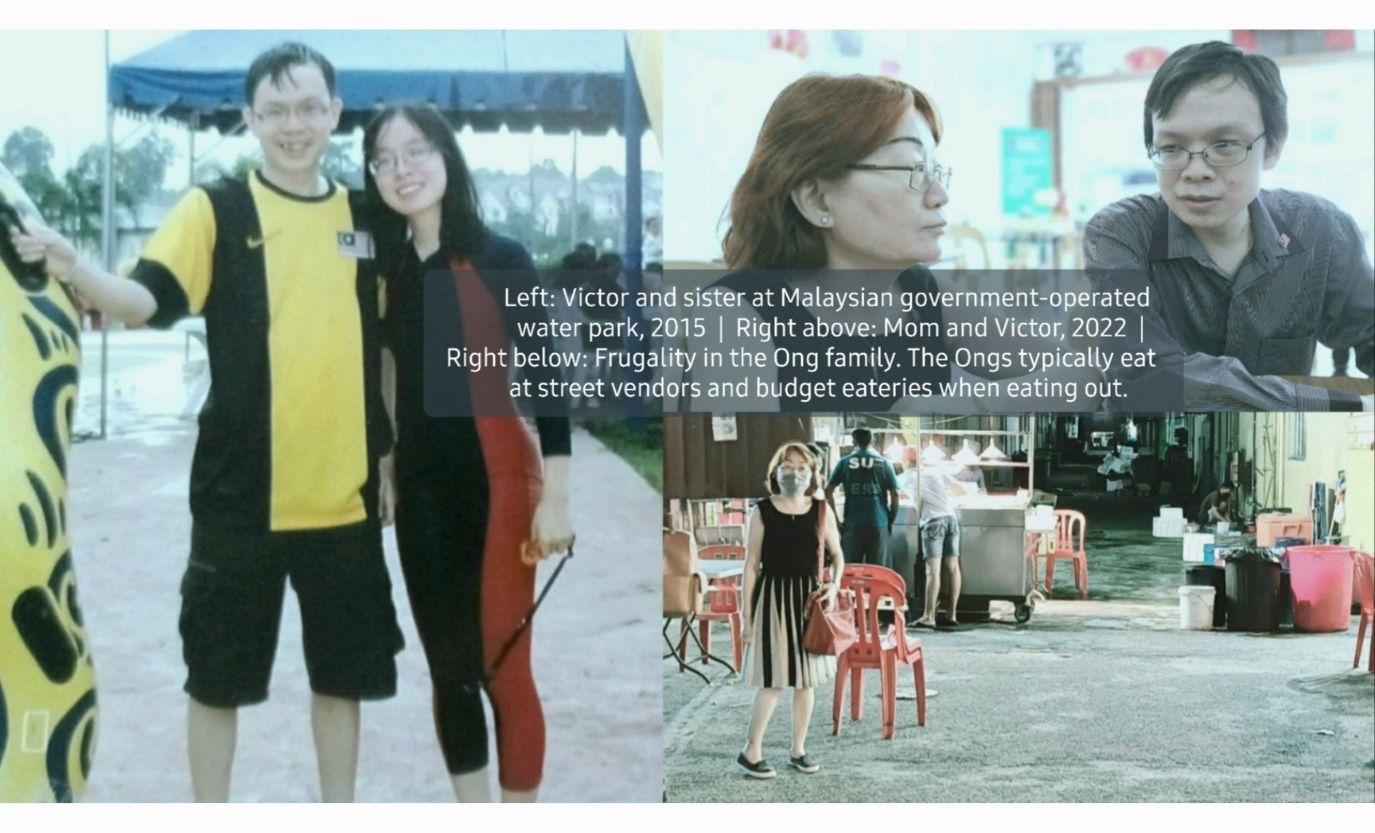 We saved up bit by bit. Our transfers to Lev LaLev were a result of ten years of sweat, toil, and all-round sleep deprivation in the family.

EAST TURKESTAN: CREATING A PALESTINE IN THE EAST

Ten years ago, the frustrated East Turkestan Uyghur activists decided to change tack, and court Republicans instead. It worked. Soon, rightist-conservative resources were being wasted in order to support the agenda of a Uyghur republic. Fatah Arab Palestine and Turkey—the main sponsors and advocates for an East Turkestan are now intellectually and sociopolitically assisted by clueless Republicans as diverse as Newt Gingrich and Tony Perkins.

The neo-Nazis of Fatah use an old trick: claim the Chinese people are devious enough to perform medical experimentations and genocide upon the Uyghurs, even though it was literally the Japanese who did that to the Chinese. This is called ‘making the victim the perpetrator.’

In a domestically interconnected China, the very fact there are Chinese civilians travelling overseas and living abroad, but who never speak of Uyghur suffering, seems to point to only one of two things: there is no persecuted Uyghur nation. Or, there is, but the Chinese people are collectively diabolical and say nothing.

For decades we Chinese have openly complained about the one-child policy, and the forced abortions the Chinese race suffers. These atrocious programs were created by Communists in order to bully the native Chinese, not the Uyghurs. The Uyghurs were never subjected to a one-child policy, and did not ever need abortions in order to stay in line. By contrast the Chinese race has dwindled in birth rate to a calamitous extent—there are now too few Chinese girls, and many Chinese boys are effectively destined for a single life. 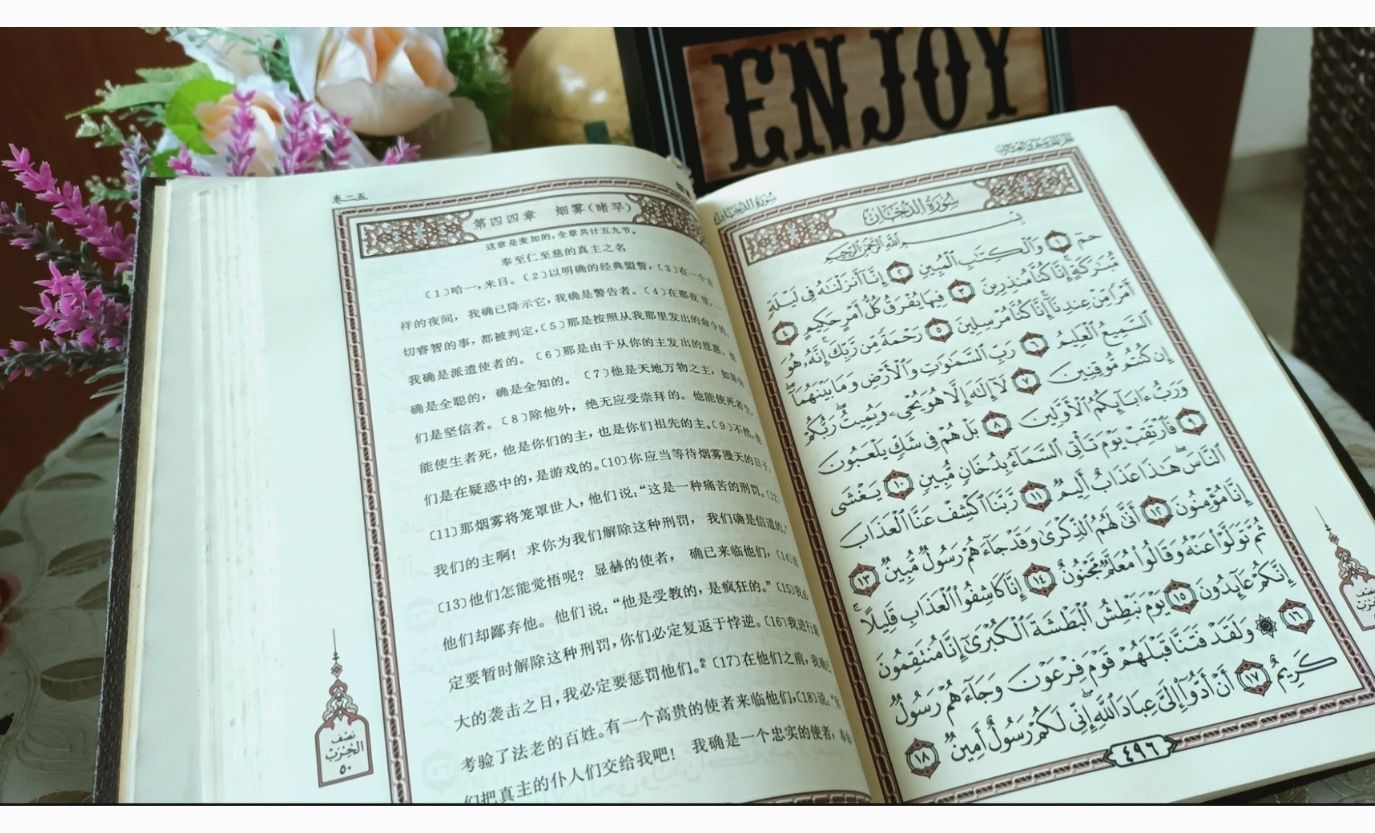 The Uyghurs mingle with the Chinese race on a daily basis. The most popular actress in China is Dilreba Dilmurat—a veritable Uyghur goddess whose overall crowd impact in China outstrips fifty Jennifer Lawrences put together.

SCAMMED OF TIME, MONEY, AND INTELLECT

Subsequent to the publication of my textbook, Old China, Older Israel, in 2021, the highly-educated Fatah organization saw fragile Republican entities in that book, and went straightaway to whisper in those ears, first of the Family Research Council in D.C., and then the Bitter Winter watchdog as well, to scam them into using the Uyghur agenda as a way to counter the Communist Party.

By all counts, this con mirrors the Lev LaLev scandal in how wasteful the ramifications are for Republican resources.

Republicans are swindled of their savings and funds, in tough economic times, to aid radical Muslims in a fanciful Uyghur agenda. Republican time is being spent on getting these radicals their chance to rip a province out of China, so that an East Turkestan can emerge from nothing. These are the same actors who ripped Judea from Israel, and renamed it the ‘West Bank,’ also known as the State of Palestine. What worked once can work again—or at least that’s what the radical Islamists hope. Palestine, East Turkestan, Turkish Republic of Northern Cyprus…. the formula is factory standard and general issue. 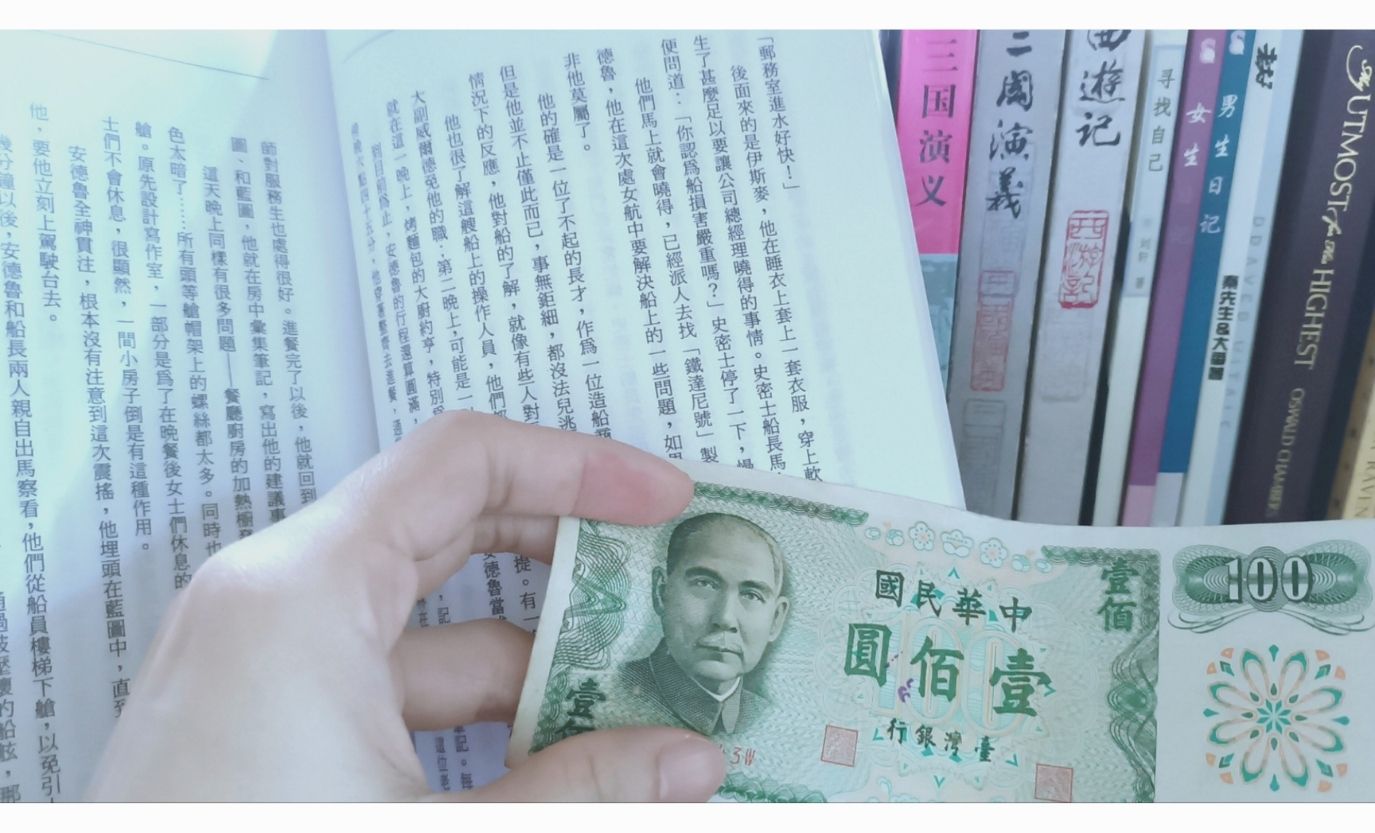 Republic of China [國民華中] banknote, about 2 U.S. dollars in exchange value. These banknotes are the currency in Taiwan. Founded in mainland China in 1911 by Zionist Dr. Sun Yat-sen (here depicted), the Republic of China later lost much of China to Communist control, except for Hainan, Taiwan, and parts of Fukien. Hainan was eventually confiscated by Communists as well, in a major battle of the Chinese Civil War.

FACTS ON THE GROUND

Meanwhile the Uyghurs themselves live it up in China, and they mingle with the Chinese race on a daily basis. The most popular actress in China is Dilreba Dilmurat—a Uyghur girl, distinctly non-Chinese in the genetic sense, and therefore exotically beautiful in the Chinese consciousness.

Many Republicans have not had adequate contact with the average Chinese and average Uyghur, to even begin to accurately understand what the ethnic questions are in modern China. By and large, the Uyghurs and native Chinese get along very well, but the leftist politics at the top have created a Fatah-versus-Hamas struggle, a struggle four decades long, and one that now spills over into the Republican right as well.

I was conned of life savings, because of Jews who chose to betray Israel.
Republicans of America are scammed of precious funds, for Islamists who have no love for America.

The eventual victims are invariably the Chinese people—a race long regarded as Jewish pigs, stick insects, and scum not worthy of reproduction. It is atheism and Islamism that terrify the Chinese people, a people who are overwhelmingly in love with Western attire, Western cuisine, Western viticulture, and Western music trends.

While there is real Chinese power in manufacturing, and cannon fodder in terms of infantry troop strength, there is no Chinese power over Islam. Instead, China works for Muslims, relies on Arab banking and finance, and rises or falls based on Middle Eastern oil. This dependence is precisely why the truest Republicans try to co-opt China, to communicate with her, and to promote elections as a way to restore the old Republic. It is to save the Chinese people, and lift China away from the clutches of the Middle East. The long-term goal is essentially an American-Chinese alliance that militarily deters radical Islamism.

That sort of cooperation won’t be good for the Democrats at all.

Why Medicine Needs to Understand the Nature of Scientific Inquiry